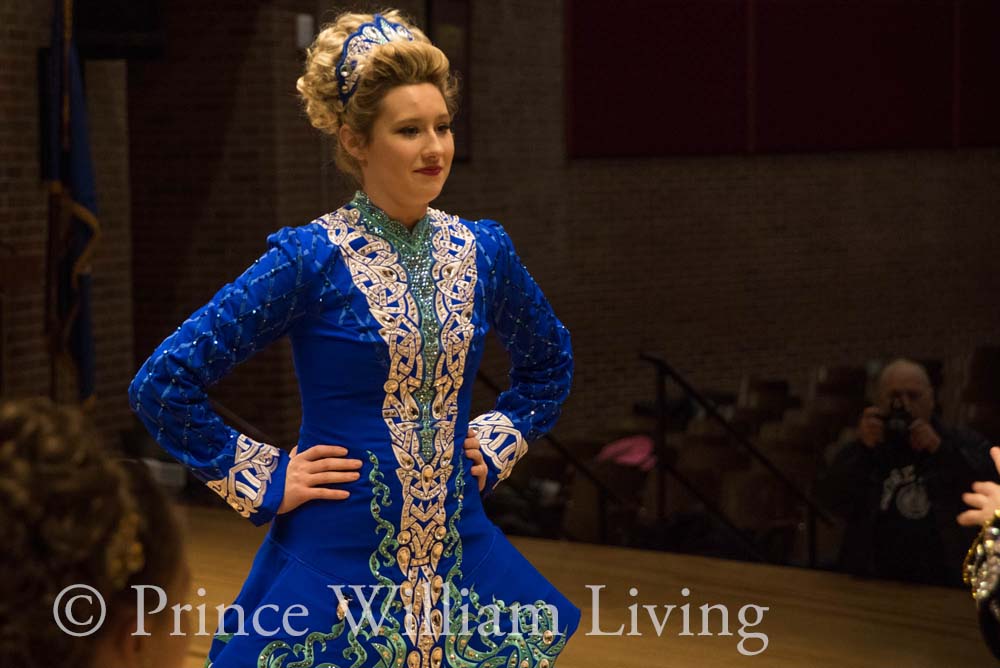 In business for over 10 years, the McGrath Academy of Irish Dance has stood the test of time. Originally opened in the 1970s by Jeanne McGrath Pearson, a certified Irish dance teacher (TCRG), the academy was reopened in 2004 by her daughter, and current owner, Lauren McGrath Dutton. With 120 students and five locations throughout Northern Virginia and Maryland, including Manassas, McGrath Dutton has been growing her business and spreading her love of and expertise in Irish dance to all who are willing to put on the shoes.

McGrath Dutton, a second-generation Irish dance teacher (TCRG) and an Irish dance adjudicator (ADCRG), has been dancing since she was a little girl. “I’ve been dancing as long as I can remember! I am sure that I was still in diapers when my mother taught me and all of my siblings to dance,” said McGrath Dutton. “I remember dancing in the Washington, D.C. St. Patrick’s Day parade when I was little.”

Born in Northern Virginia and raised in Germantown, Md., she comes from a family that traces its roots to the southeastern coast of Ireland. “My grandfather, John F. McGrath, emigrated from Dungarvan, County Waterford, when he was 8 or 9 years old,” she said. Today, McGrath Dutton continues to bring a little bit of Ireland to the boys and girls of her school with every dance step she teaches them. 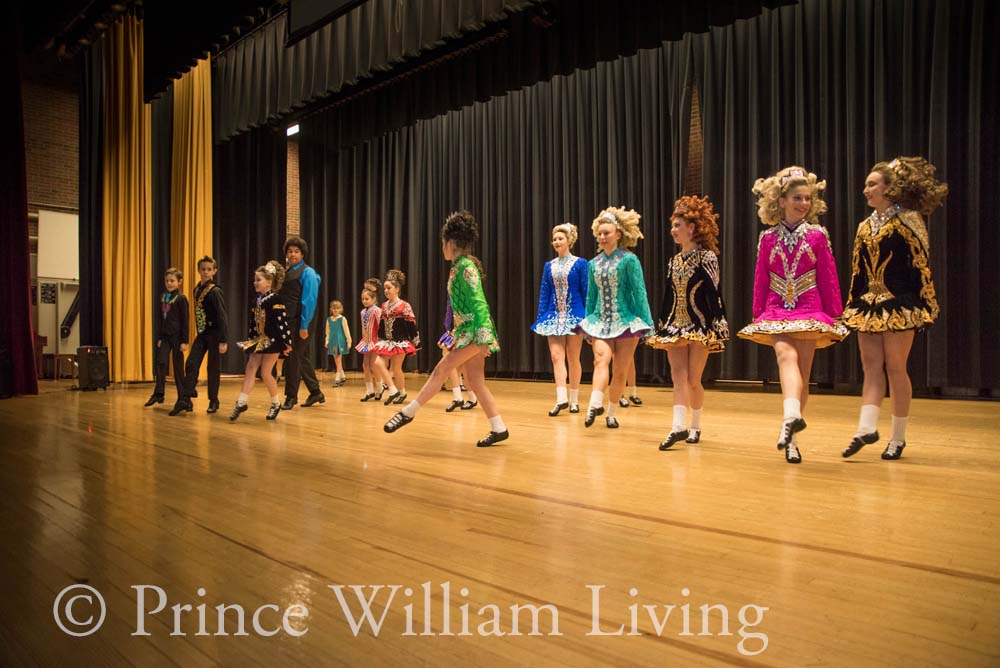 More recently, one of her students, Aine Callahan, won the under 8 championship solo category in December 2016 in the Irish Dance Teachers Association of North America (IDTANA) Southern Region Oireachtas in Baltimore, Md. Regional competitions are competed in to qualify for national and world championships. Callahan danced in three different categories, dancing the reel, the treble jig and a set dance entitled “Saint Patrick’s Day.” There are many different types of Irish dances with the reel being considered the most graceful soft-shoe dance. The treble jig and the set dance, both performed wearing hard shoes comparable to tap shoes, are the only dances that all schools perform the same.

Speaking about her daughter, Shannon Callahan said, “Aine has been dancing at McGrath since she was five. Aine enjoyed dance and developed her work ethic over a few years. Both Lauren [McGrath Dutton] and Ms. Ariel are very good at what they do. I believe that their love of Irish Step Dance helped my daughter to become so determined. With their help, Aine’s goal of winning 2016 Southern Region Oireachtas for [under 8]came to life. Our family is so proud of her!”

Patrick Gareau, who took part in the under 10 category in 2015, won the championship solo category, having danced the reel, two hard-shoe dances, the hornpipe and a set dance entitled “Storyteller.”

“When I saw him dance, I knew he was going to win, but I had no idea that my mother had donated the perpetual trophy that he won in honor of my grandfather. She would have been so proud to know that one of my students won that trophy,” McGrath Dutton said.

Another McGrath student, Reilly Savage, won the under 8 championship solo category at the same competition. She also danced three rounds for this competition: the reel, the treble jig and the set dance “Saint Patrick’s Day.” The regional championships are held every year on the first weekend in December. “I love dance because it is challenging. There is always a better way to dance and harder steps. I love that about dance,” Savage said. “I love my teachers because they believe in me and always push me to be better.”

“In comparison to other schools, ours is fairly small, but my dancers always do well,” McGrath Dutton said.

The dancers have performed at numerous events in the area, including performing with the Chieftains, a well-known traditional Irish band, during their Kennedy Center concert, We Banjo 3 at the Hamilton in D.C., Derek Dempsey and Celtic Soul at Ri Ra in Georgetown as well as with Joe DeZarn, the Flaming Shillelaghs and Sior-Og. They have also performed at D.C.’s Shamrockfest and on WUSA’s Great Day Washington as well as at the New Zealand Embassy, the Reston Chorale Foundations of Freedom Concert, the Landmark Theatre in Richmond, and for numerous parades and cultural and charitable organizations.

“Riverdance” has inspired a new generation of children to take up and excel at Irish dance. Asked what changes she has seen, McGrath Dutton commented on the changing styles in dress and hair, changes that would not have been considered before the Riverdance success. “I travel internationally to judge competitions, so I get to see what’s popular in each region. There’s always something new. Sometimes it’s hairstyles—for a long time, long ringlets were the rage. Recently, there’s been a shift to looser, even bob-length, curls,” she said. “Dress styles change year to year also. Last year lots of designers created belts on the dresses. In the past, sequins were big along with cupcake skirts, tulle and nude fabric. I tend to prefer dresses with very traditional designs, lots of eyecatching Celtic knot work and bright colors.”

Currently, the academy has two teachers, McGrath Dutton and Ariel Raguso, TCRG. “Ariel was my student for years. She is a beautiful dancer, who qualified for Worlds repeatedly. I was thrilled when she decided to pursue her TCRG and join me,” McGrath Dutton said. In the future, the academy is looking to expand by adding more staff and studio space, and of course more champion dancers!

More information about the McGrath Academy of Irish Dance can be found at mcgrathirishdance.com.

A graduate of American University’s School of Communication, Olivia Overman (ooverman@princewilliamliving.com) is a freelance writer for both online and print publications.