After Joshua Tredinnick was injured by an IED in Afghanistan, he didn’t know what to do with his life. He
loved being in the army and was dedicated to the welfare and defense of his beloved country, causing his medical retirement from the armed forces to be a very difficult one. He struggled to find an outlet, something that gave him as much satisfaction as defending his nation. Soon, he found something that helped that feeling of satisfaction return: woodworking, a hobby he’s held since he was a young boy.

“I found that working with my hands and taking something from raw materials to a finished product gives me a sense of accomplishment and is truly the best form of therapy,” said Tredinnick.

From that “therapy,” J Tred Woodworking was born: a family business that specializes in custom handmade farmhouse decor, wooden flags, and other handcrafted and uniquely made items. 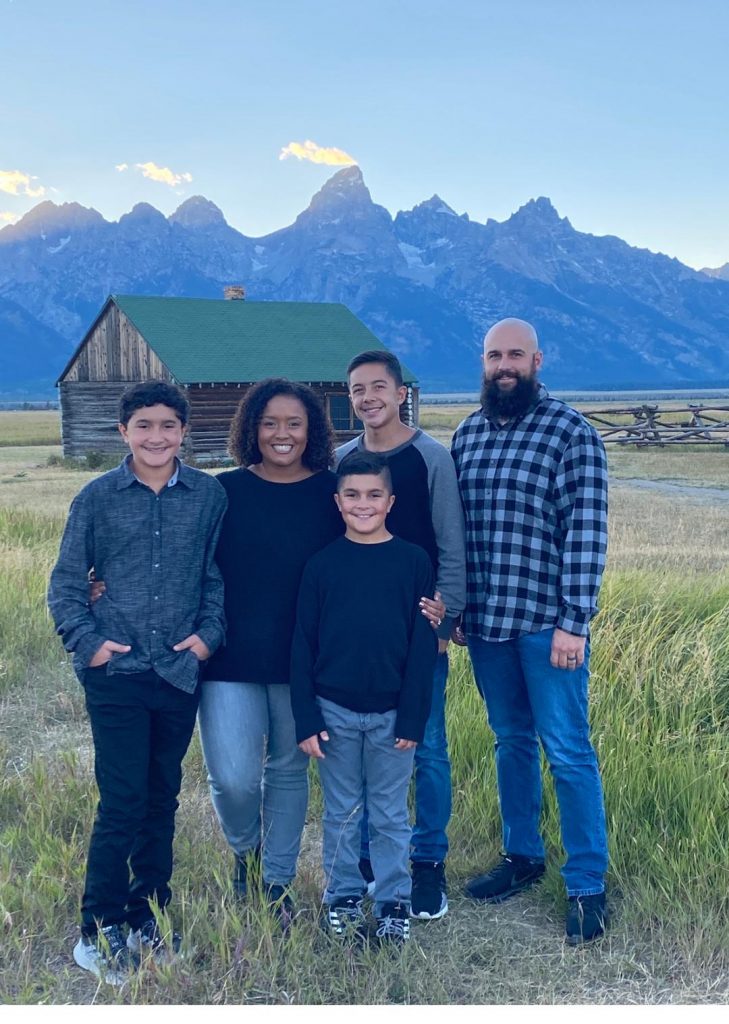 J Tred Woodworking was founded in August 2018 as a side hustle for Tredinnick, but that didn’t last long. Soon, the business became Tredinnick’s full-time job, and he enlisted his wife Erica and three boys to aid him in creating his company’s signature wooden flags and signs, as well as other uniquely crafted items.

“Josh deciding that he wanted to have his own business and work on all these things from home was a huge moment,” said Erica Hudson-Tredinnick. “This business has provided an outlet for Josh.”

As Tredinnick created his business and his signature wooden signs and decor, there was much trial and error. He is mostly self-taught in the art of woodworking and found himself learning more about the craft from research and YouTube videos.

Now, he has his craft mostly perfected and creates a wide variety of wooden flags and decor, with his love for the military and country infused into every piece he creates. He also aims to tell a story through each piece. Some pieces include the American flag, flags for every branch of the United States Armed Forces, and
signs depicting the state of Virginia in various colors and wood types. He has also created an American flag with a blue stripe, representing the sacrifice of police officers for the country. This flag was inspired by Tredinnick’s father-in-law, who was a police officer for more than 30 years.

He has received rave reviews for his work and has even created the occasional furniture pieces for local customers.

“I was amazed at how beautiful my flag was when I received it. Josh is truly gifted, and I highly recommend his product. He is also a wonderful person, committed to serving his family, community and country,” states a review on the J Tred Woodworking website.

In addition to Tredinnick, his family aids in crafting his business’s handmade decor, something his wife Erica believes teaches their children about hard work.

“It’s not about them learning the trade, it’s about them learning hard work and discipline and the pride that comes with working with your hands. That’s something we really want to instill in them. They have really grown to like certain parts of it; it’s fun to see what each of them are good at,” said Hudson-Tredinnick.

COVID-19 and Its Effects

While Tredinnick’s small business is a successful one, the global pandemic has impacted J Tred Woodworking and many other small businesses like it around the world. Before the pandemic struck, most of Tredinnick’s business was done at local craft and vendor shows, most of which were cancelled this year due to the novel coronavirus. This caused income loss and forced them to pivot in a new digital direction.

“We just had to come up with different ways to get our work out there. There’s a lot of social media work that we do, and then as well as just starting up the website. Just letting people know that we are still available. It’s just a matter of finding different avenues to get the word out there,” said Tredinnick.

The business’s social media has since taken off, having amassed over 2,000 followers on Instagram and over 2,000 likes on Facebook.

In addition to using social media and the internet to adapt to the changing times, Tredinnick has also adapted and created new wooden signs inspired by our current global situation. He has created signs about virtual learning, as he has received numerous requests for them. The sign reads “E-learning in progress. Please don’t ring unless you have wine or teach math!”

Gianna Jirak is an intern at Prince William Living with aspirations of being an international and political reporter. She is a senior at C.D. Hylton Senior High School, the Editor in Chief of her school newspaper and a local freelance reporter.