Located in Virginia, the birthplace of American Spirits, KO Distilling is a state-of-the-art craft distillery that creates award-winning spirits with local ingredients.

Lifelong friends Bill Karlson and John O’Mara are the “K” and “O” in KO Distilling. They met as classmates and cadet midshipmen at the United States Merchant Marine Academy (USMMA) and have been friends ever since. After retiring, Bill and John set off to create craft spirits with local ingredients, high-quality production methods, and a passion for involving their local community.

KO Distilling broke ground in Manassas in 2015 and opened its doors in September of 2015. For the first two years of production, the distillery operated a 500-gallon Vendome pot still.

KO Distilling is proud to be one of almost sixty craft distilleries in Virginia and a popular tourism destination for spirit lovers.

“It is hard to believe that it has been six years since we opened.  Time truly does fly by.  In 2015, we were a start-up with new equipment, new people (all with a lot of passion), and a dream of what we could become. In 2021, we have realized that dream,” said Bill Karlson, Co-Founder and CEO.

Karlson and O’Mara started with distiller Ryan Hendricks making and selling unaged gins and white whiskey “to keep the lights turned on” while also barreling, or aging, whiskeys (bourbon, rye, and wheat) for future new products.

KO Distilling comprises a core team that includes Karlson and Hendricks, Pat Flannery, Peter Mowery, Colin Rapone, Devin Dove and Aimee Cote. Karson said the team has stayed the same for much of the journey, but the experience level has changed.

“Six years have taught us a lot about crafting amazing spirits. What is different [now]is our collective experience lending to even better spirits going forward,” said Karlson.

KO bottled its first four-year-old Distiller’s Reserve Bottled-in-Bond Bourbon last year. By next year all of its aged whiskey will be at least four years old. According to Karlson, the distillery currently has 5,500 barrels in its inventory, all of which will continue to get better over time. 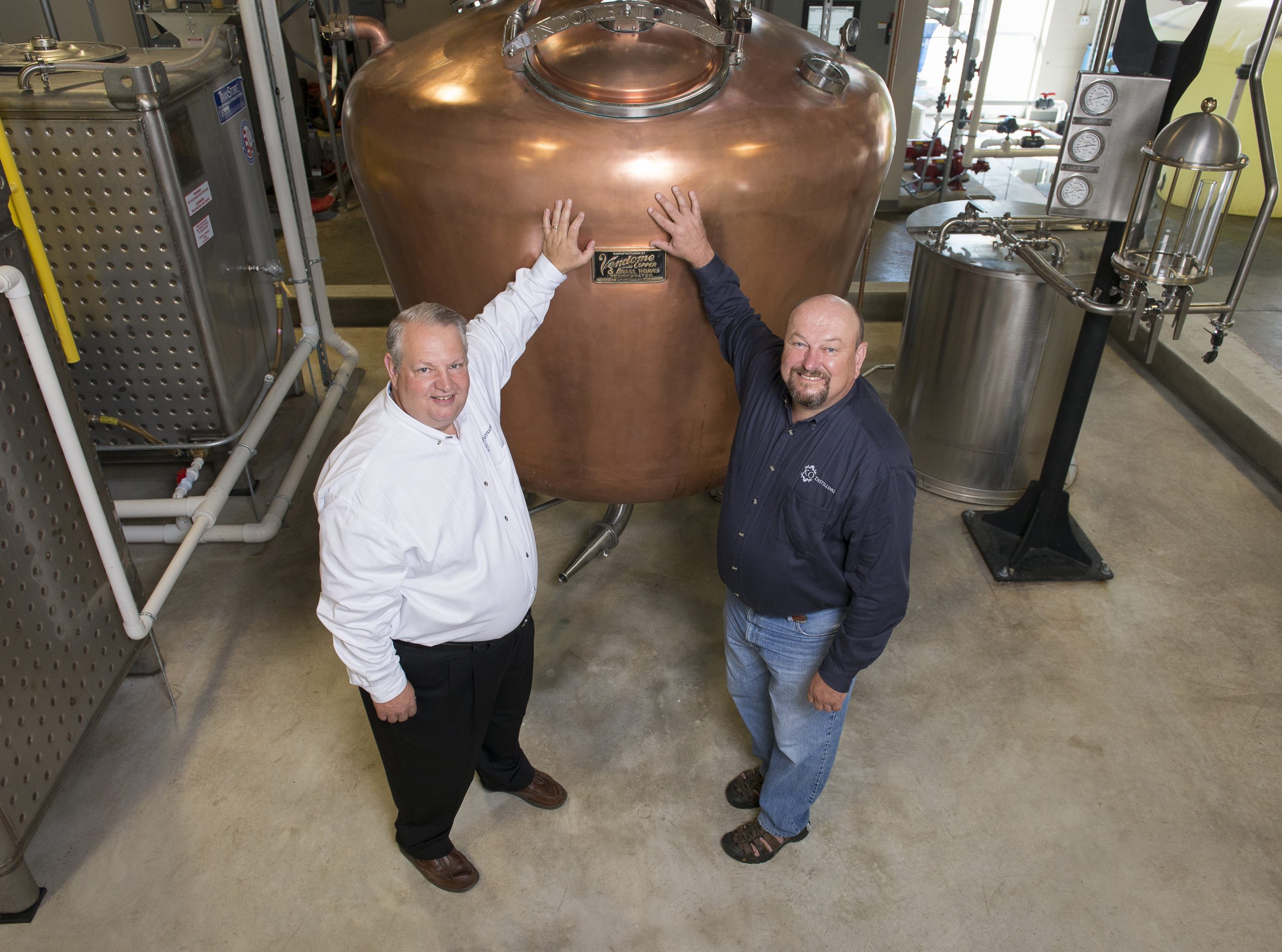 “The truth is, we haven’t overcome any of them.  We have just gotten better at dealing with them.  Fortunately, we are now ready to take on even bigger challenges, such as expanding to new markets,” said Karlson.

According to Karlson, every September is a celebration for KO Distilling, not just because of its anniversary but also because September is both Bourbon Heritage and Virginia Spirits Month.

Giving Back to the Prince William Community

“In response to the unprecedented health crisis created by COVID-19, KO Distilling was proud to retool the Distillery to enable the production of Bare Knuckle hand sanitizer,” said Karlson.

KO then donated that hand sanitizer to local area first responders, hospitals, charitable organizations and nursing homes. KO sold additional hand sanitizer through government channels or to essential businesses to help cover productions costs and to be able to support the continued employment of its employees.

A Company About People

Contributing to the community is not only KO’s philosophy during times of crisis but also every day.

“While we are a manufacturer and a travel/tourism destination, first and foremost, we are a company about people – our employees and our customers.  We want our folks to enjoy and excel at what they do and for our customers to enjoy their experience with KO and our spirits.  That’s the biggest (and most rewarding) challenge of all,” said Karlson.