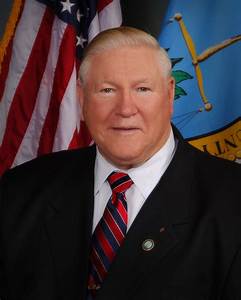 On June 22, Leadership Prince William (LPW) will recognize the Honorable John D. and Ernestine Jenkins with LPW’s highest honor, the Vision Award. This award will be presented during the organization’s annual Evening of Excellence Gala.

According to Executive Director Andrea Short, “The Vision Award honors an individual — in this case a pair of individuals — who live or work in Prince William County, the City of Manassas or the City of Manassas Park. The recognition is for innovative, strategic or bold leadership that has had a positive impact on a significant portion of our community.” She went on to note that the magnitude and scope of the impact are the primary criteria for the award, making the long-serving County Supervisor and his dynamic wife an ideal choice.

Mary Colgan Finnigan, Chair of LPW’s Board of Regents, added, “Together, John and Ernestine Jenkins have crafted a lifetime of service to their country, their family and their local community. They embody a vision of tireless service and set an example for all to see what leadership means, igniting and inspiring everyone in their presence to join them in bettering our community.”

John D. Jenkins and his wife Ernestine moved their family to Dale City in 1973, where they still reside today. They raised a large family while continuing to lead this community, and have been active in community affairs since they moved to Dale City. They have served in the Dale City Little League, the Dale City Sports Club, the Boy Scouts of America, the Dale City Civic Association, the Gar-Field Senior High School Athletic Boosters Club and several veterans’ organizations, including Dale City VFW Post 1503.

John was a two-tour Vietnam Veteran who earned the Bronze Star with Oak Leaf Cluster and retired from the Army as a Lieutenant Colonel in 1980. He then worked in the Fairfax County Public School System until his retirement in 2003.

In addition, Supervisor Jenkins has served on numerous boards and steering committees: the Virginia Municipal League, the Virginia Association of Counties, and the National Association of Counties; he also represented the County on the Quantico Marine Corps and Fort Belvoir Base Realignment and Closing (BRAC) advisory committees. He currently serves as a member of the Washington Council of Governments Transportation Planning Board, the Virginia Railway Express Operations Board, and is past Chairman of the Potomac and Rappahannock Transportation Commission.

During their active-duty military career, Ernestine, affectionately known as Ernie by her husband and all who know her well, was active in many NCO and Officers’ Wives clubs. She became widely known in army circles for her social activities and service in leadership positions for programs and activities relating to the support and welfare of army troops wherever they served.

She currently serves (and has for many years) as Chairman of the Dale City 4th of July Parade Committee; Chairman of the Dale City Civic Association Awards Banquet Committee; Education Co-Chairman of the Bel Air Woman’s Club; life member of American Legion Post 364 Ladies Auxiliary; Vice Chairman and Board of Directors member for Project Mend-A-House; and member of the Bethel United Methodist Church. She enjoys working as a youth mentor, a proponent of literacy campaigns, a community activist, and preparing and serving meals at the River Run Senior Home in her community.

The public is invited to join Leadership Prince William in celebrating the community contributions of John and Ernestine Jenkins. Tickets for the Evening of Excellence are available for purchase online at leadershipprincewilliam.org or by calling 571-765-7568.