After writing about the Lifelong Learning Institute-Manassas (LLI) in the August 2013 issue of Prince William Living, I decided to give LLI a trial run and registered for the fall semester. One of the courses I took was, “Climate Change – Myth or Reality,” led by volunteer Warren Beeton, a Prince William resident who retired in 2012 as VP of Engineering for Emerson Climate Technologies, a global developer and manufacturer of HVAC compressors and electronic controls. During his career, Beeton worked with Congress and the U.S. Environmental Protection Agency (EPA) on legislative and regulatory issues, focusing on ozone protection, climate change and energy efficiency. 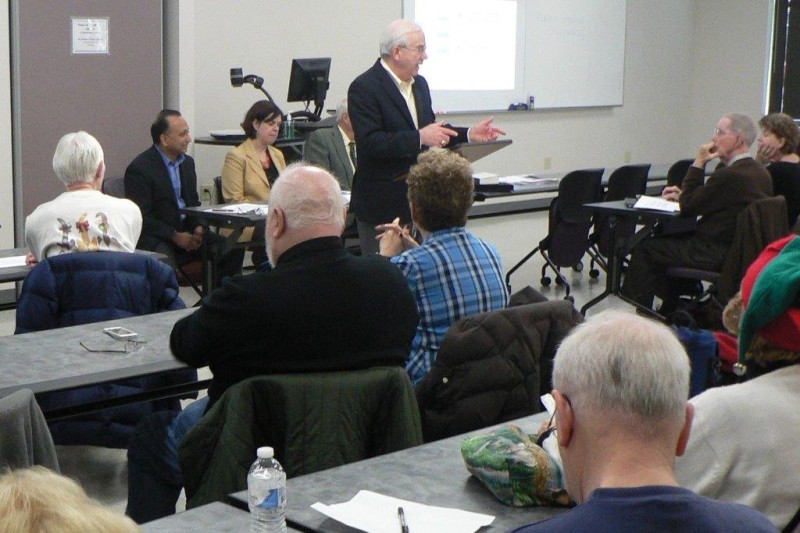 Learning the basics – without political bias – over six weeks, using video lectures by noted physics professor, Dr. Richard Wolfson and classroom discussion, was very utilitarian. The main takeaway I gleaned was to seek out the facts for myself. Beeton’s recommended starting point is the IPCC’s 5th Assessment: Summary for Policymakers. Anyone can download it free at www.climatechange2013.org.

The course highlight was the final class Dec. 20 at NOVA Manassas at Innovation Business Park. Beeton and LLI coordinator E. Perley Eaton turned it into a public forum and arranged for three distinguished experts from government, nonprofit and industry to address participants and guests with the question, “what can concerned citizens do about climate change?” -exceptional for a Friday afternoon before a holiday. 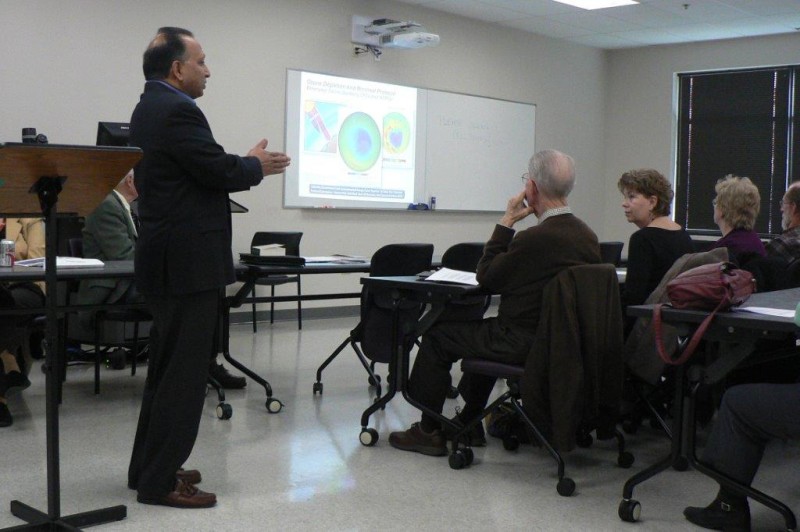 Dr. Rajan Rajendran, VP-Engineering Services and Sustainability for Emerson Climate Technologies, who represents Emerson on the Board of the Alliance for Responsible Atmospheric Policy, an Arlington-based organization that coordinates federal, state and global climate change policies with the refrigeration and air-conditioning industry; Drusilla Hufford, who, as Director of EPA’s Stratospheric Protection Division, leads its efforts nationally and internationally to protect the ozone layer; and The Honorable Bruce Smart, retired Chairman/CEO of Continental Group (previously Continental Can Company), former US Undersecretary of Commerce for International Trade in the Reagan Administration, and former Senior Fellow of the World Resources Institute, an environmental policy research organization. 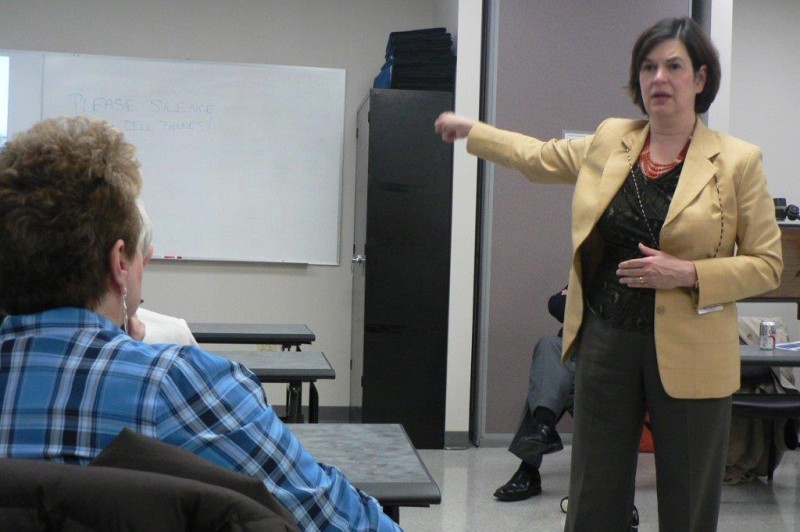 I found their presentations outstanding. I left, understanding that not only do governments, industries and educational institutions need to make changes – I need to make better daily choices as a consumer. For example, I can shop at grocery stores that have doors on their refrigerated cases (they reduce energy costs by 70% and help to lower peak demands during the summer in my
jurisdiction). At home, I can replace older appliances and air conditioning units with those that are more energy efficient. When I replace those appliances or old motor vehicles, I can make sure that refrigerants, chemicals and hazardous materials are drained and recovered before disposal. I can get the word out about sun safety to my children (and future grandchildren) early on, to avoid skin cancers when they are older.

Dr. Rajendran encouraged everyone to contact their elected officials.

“Push industry to the wall and they will make the changes,” said Bruce Smart, who was involved in the changes aluminum made in the steel can industry.

“Innovation has occurred because of regulation,” Beeton echoed Hufford. “Not in all cases. But in some cases.”

For example, President Reagan signed the global treaty called the Montreal Protocol that banned chlorofluorocarbons (used as refrigerants in refrigerators and autos). Their phase-out saved the potential effect on global warming of thousands of times that of CO2, and has accomplished more than the Kyoto Protocol so far.

While they talked, I thought about how the City of Manassas Utilities is working toward bringing its residential customers online with load management. I thought about how Prince William County is powering homes with energy recaptured from methane gas at the landfill. Those efforts are commendable, but I can see, after taking the course, that more needs to be done, faster, to save energy, reuse energy and use alternative energy on a local, state and federal – and especially, a global level.

Manassas City resident Illana Naylor, a guest at the forum, had done just that a few days earlier at a Dec. 17 Town Hall meeting in Manassas. Naylor addressed state Senators George Barker (D-Alexandria) and Dick Black (R-Leesburg) and State Delegates Bob Marshall (R-Manassas) and Jackson Miller (R-Manassas) and asked them to make climate change policy a priority when they go to Richmond in January for the 2014 General Assembly. 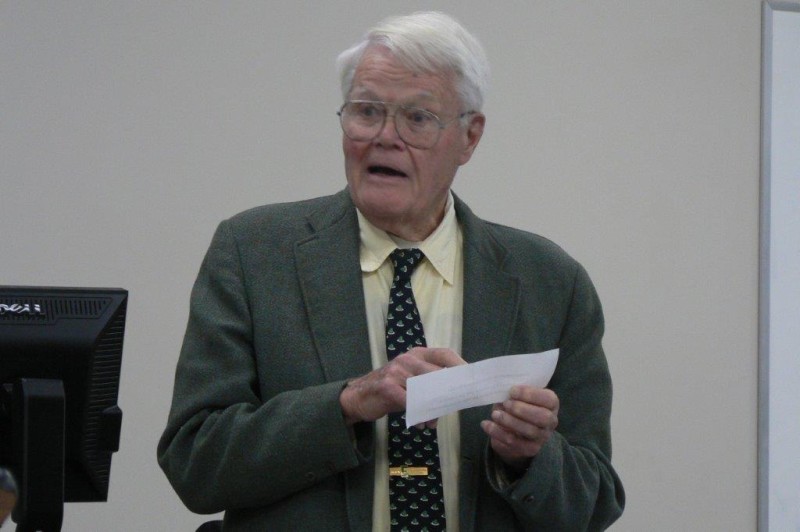 “Climate Change – Myth or Reality,” was just one of nearly 50 offerings (courses, programs, clubs and trips) last semester. If you’re a local resident age 50 or older, registration for LLI-Manassas’s  spring semester is Wednesday, January 8 from 1:30 to 3:00 p.m. at the Hylton Performing Arts Center on the Prince William Campus of George Mason University. The cost is $100 for one year. For more information, call 571-606-0247 and leave a clear message with your name, call back number, and the time best to return the call, or send an email to [email protected].