Marshal Selection a Departure from Past Parades 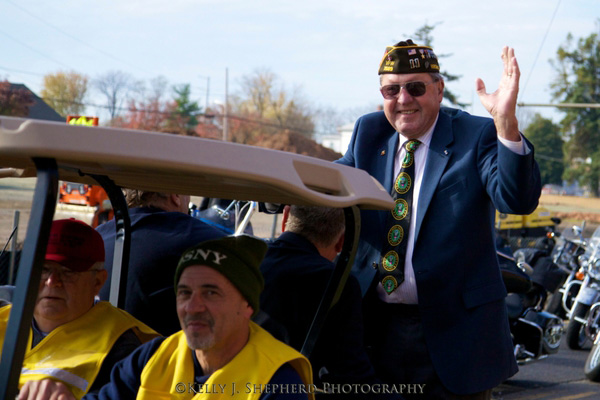 In a significant departure from past parades, the committee elected to select a single grand marshal instead of the previous complement of five separate marshals representing each of the Services.

In a further broad shift from past marshal selections of highly battlefield decorated retired field and flag officers from across the region, the committee this year instead chose to select a decorated, local enlisted non-career veteran.

The committee was convinced of the importance of highlighting the selfless contributions of the Desert Shield & Desert Storm citizen-veterans who chose — at great sacrifice — to place family, education & career advancement unselfishly behind to serve our nation in a time of need.

Commenting on his surprise selection, Mr. Ortiz said that while he was “extremely proud to have served his country,” he also felt “humbled and in a sense unworthy of the high honor of representing the hundreds of thousands of veterans who so honorably served their country during Desert Shield and Storm.”

Mr. Ortiz’s biographical information and photo may be found at the Parade web at: http://www.vetpar.org.