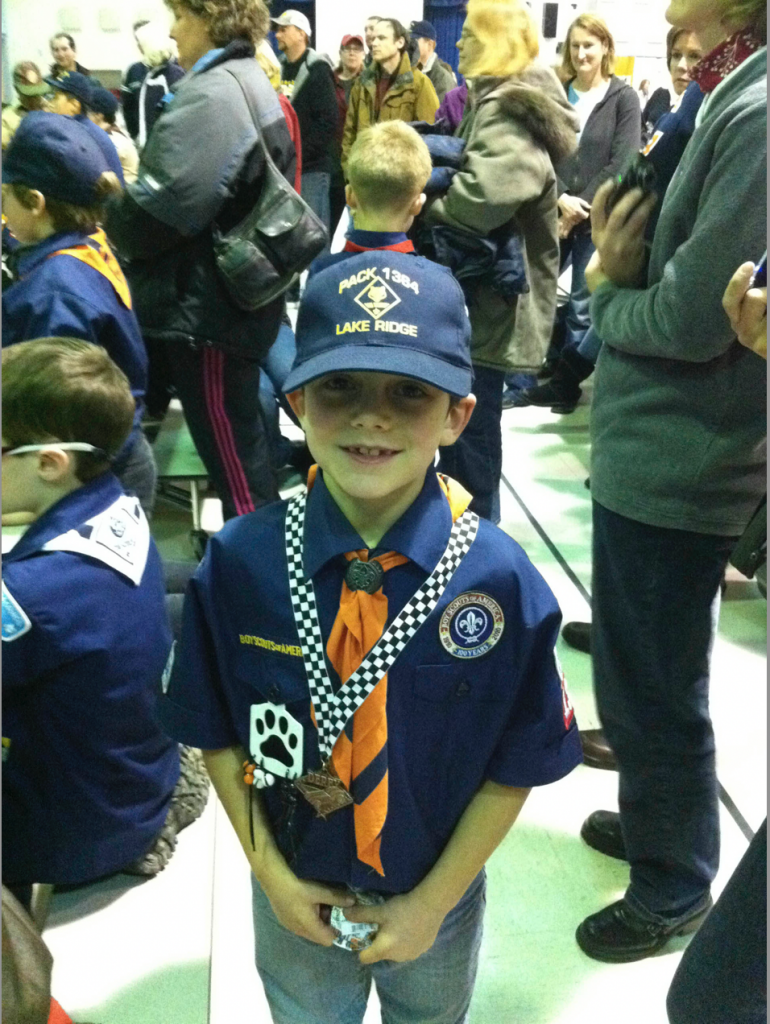 Riley Kotlus as a Tiger Cub

Local Eagle Scout candidate Riley Kotlus has wanted to be an Eagle Scout since he joined Tigers in first grade. However, he also knew what he wanted his project to look like, and COVID-19 tried hard to get in the way. “On my hikes and campouts, I would often see benches that were falling apart or gardens full of weeds featuring an Eagle Scout plaque. I wanted something that would have an immediate impact and would not rust, rot, or fall apart over time.”

Working with Rise Against Hunger, Riley planned a meal packing event as part of their initiative to end hunger in our lifetime. The event, held Aug. 13, featured 63 volunteers who were led by Kotlus as they packed 10,152 meals in an hour faster than planned. “I was especially honored to have members of our armed services from the Manassas National Guard who volunteered,” Kotlus said. “They already do so much for us that coming on their free time just shows how amazing these men and women are.” Volunteers also included Kotlus’ friends, church community, neighbors, and fellow homeschoolers. 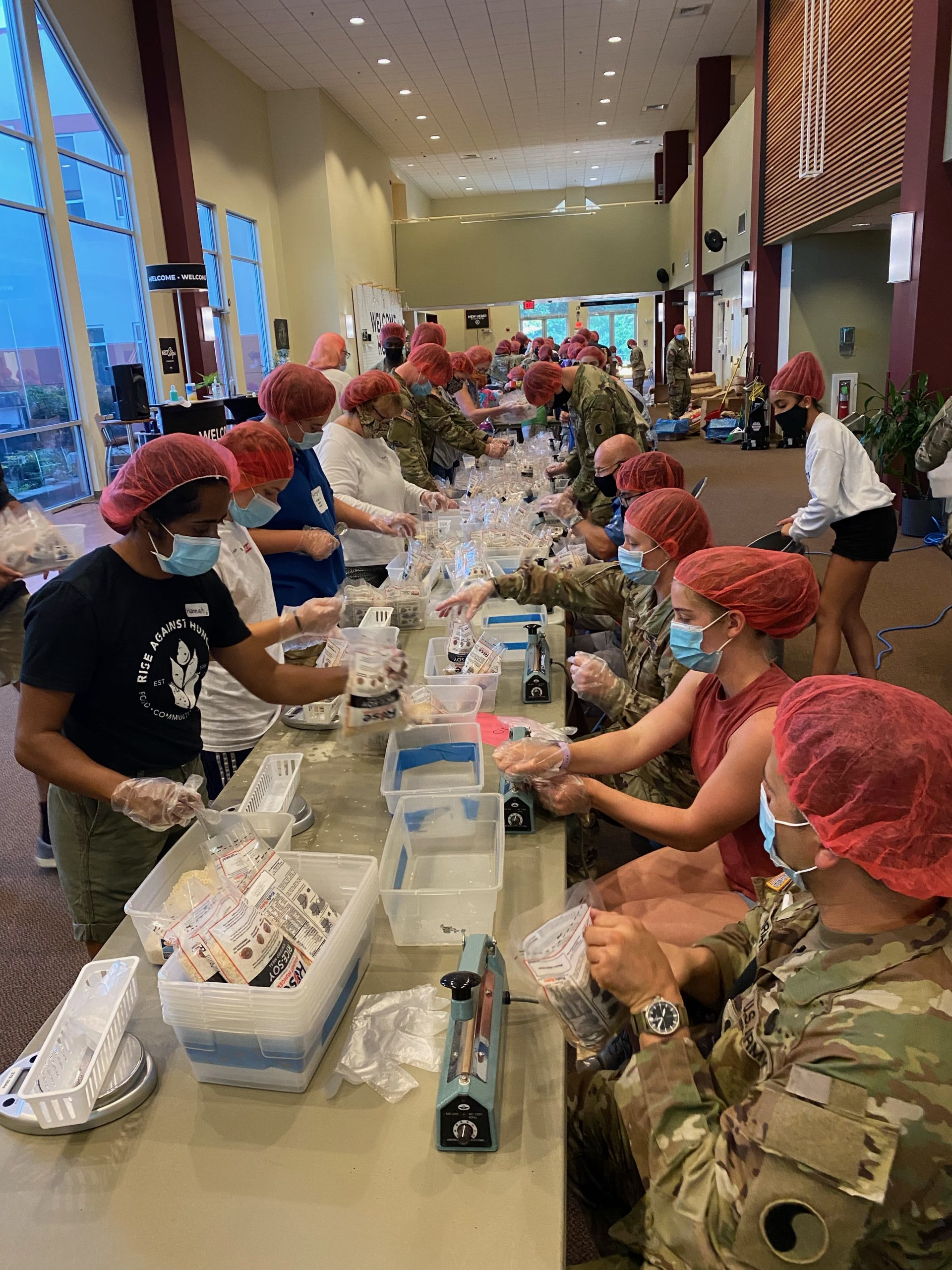 The scout’s troop meets in Occoquan, he lives in Manassas, and he held the event in Bristow at Chapel Springs Church.

Since Kotlus’ project costs came in at $2,400 for food, the additional $4,192 he raised will be put to use by Rise Against Hunger for an in-country program, such as agricultural training or income-generating incentives to help support self-sustaining communities.

“I am so thankful to my community for supporting me in this project. It was truly humbling to be able to not just accomplish a goal, but to do it with so many people who were willing to believe in this cause with me.” 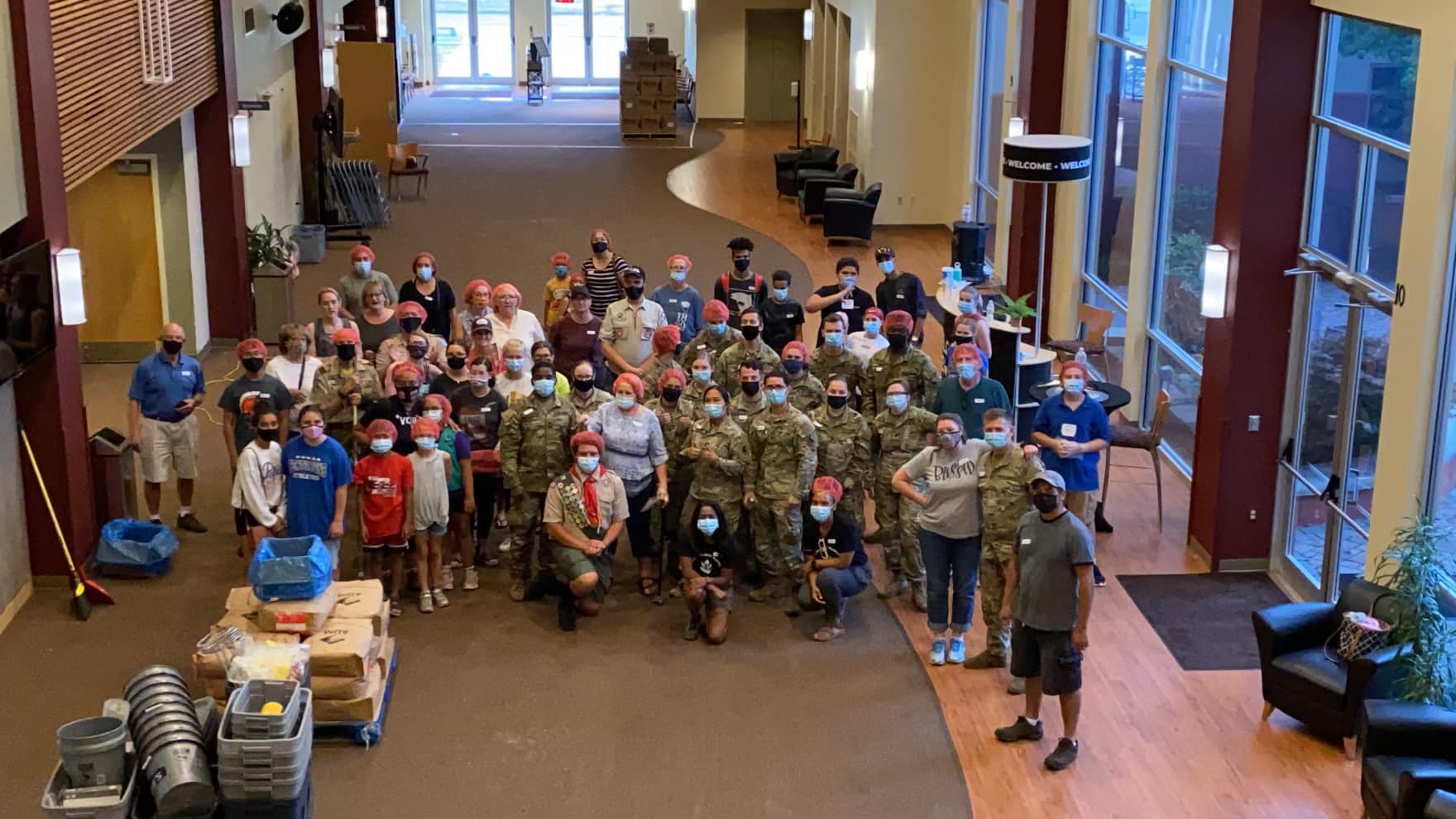 Riley Kotlus is a rising homeschooled senior who is dual-enrolled at Northern Virginia Community College. He is on the NVCC Dean’s List and part of several academic honor societies. In addition to Scouting, he plays varsity football for the NVHAA Centurions and volunteers with his church, Chapel Springs. He hopes to attend college to study International Relations or Peace and Conflict Studies so that he can help negotiate peaceful solutions in the Israel/Palestine region.