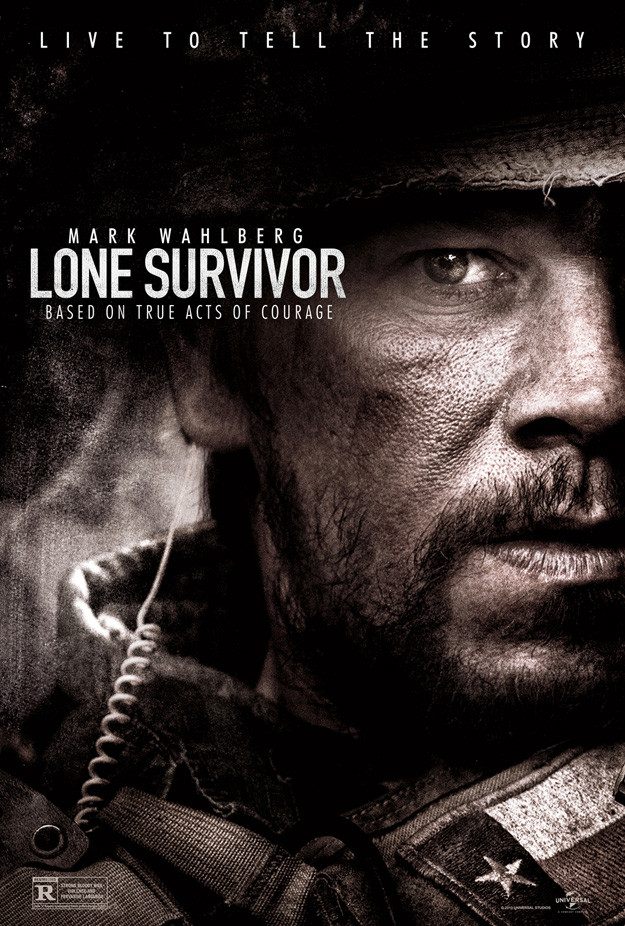 “Lone Survivor” is a true story, and a good thing to be, except when you’re the only one left to tell the story.

Marcus Luttrell (Mark Walberg from “2 Guns“) and three members of his Navy Seal team are dropped in Afghanistan for a critical mission. Then something goes wrong. I know, it sounds like a Rambo movie.

Led by the famous Mike Murphy (Taylor Kitsch from “John Carter”), these guys are the best, but there are just four of them. When their presence is compromised, their mission becomes survival. They fight like the heroes they are down to the last man.

Writer/Director Peter Berg (“Friday Night Lights”) has put together an amazing movie here. It’s a war movie, but it’s not about war. There is a battle, but nobody wins. It’s a modern movie, but the theme of brothers in battle still rings true.

This movie was not fun. There was no Stallone making some cliché statement and charging a hill. There was no victory or strategic gain. There were just four men, following orders to achieve an objective using all their training and gutting it out with their fellow soldiers.

Berg did a masterful job putting all this on the screen without political commentary. As scary as it was, most of us will leave the theater thinking we now know what it was like for these men, and others who serve. I mean, they put it all in a two-hour movie for us to devour with our popcorn. I wondered what we would all think if they locked the door when we went in, kept us there for the entire three days and showed every second of this operation. In real time, it would be more real.

The fight scenes were gritty and graphic and jarring – the way getting shot is supposed to be. I may have screamed, “Look out” a few times and ducked for cover. Things got a little fuzzy near the end, and my eyes starting watering. I must be getting a cold.

This soldier, Marcus Luttrell, has a story to tell, and the movie about it is great. I give this movie 4 ½ stars out of 5. He had the guts to live through it; the least you can do is give him two hours in a theater.