As a career nurse, Marty Heins was used to working long hours, having plenty of meals on the go and being exposed to copious amounts of calorie-laden goodies in the breakroom. Pounds would come and go.

“When I was younger I was successful at losing weight,” laughs Marty, “But trying to lose weight after you’re 50 is like watching grass grow. It was very difficult.” 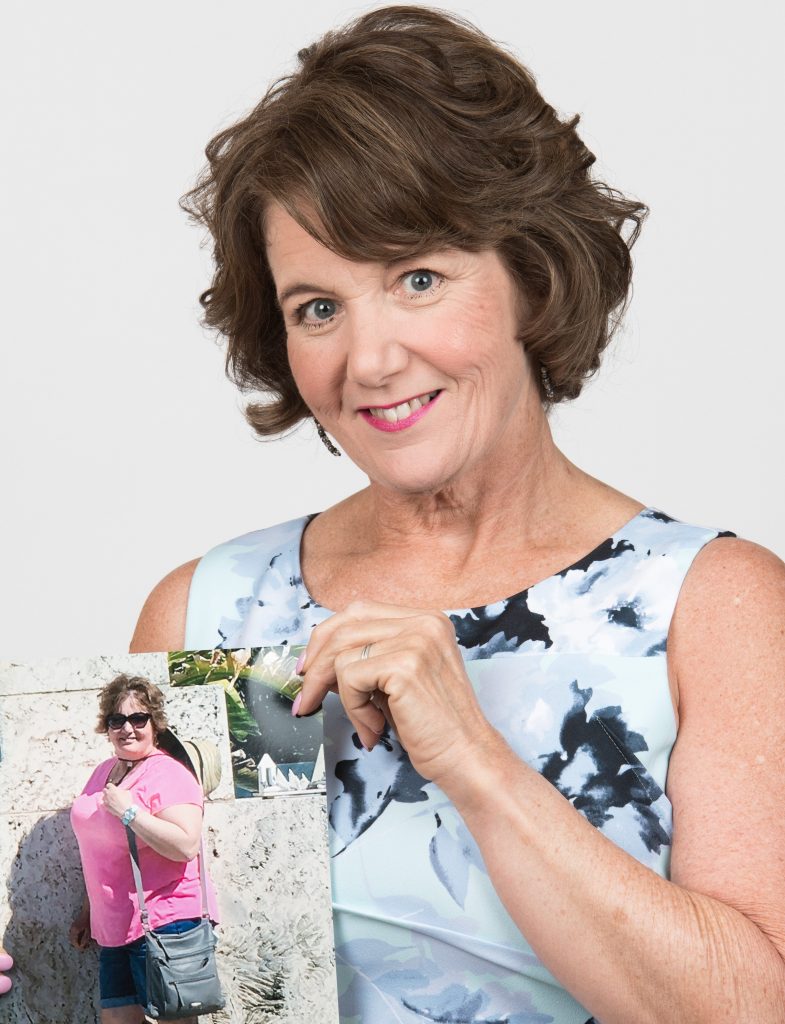 Marty says after her 50th birthday, losing weight was nearly impossible. It was around then that she ran into an old friend who had undergone weight loss surgery and lost more than 100 pounds. In August 2016, Marty signed up for an informational seminar and met with Dr. Halmi. He explained the surgery and recommended the vertical sleeve gastrectomy. That got the ball rolling.

After several months of a multidisciplinary program, which included a battery of tests, a sleep study and meetings with the doctors and dieticians, Marty had her surgery in February 2017. “It really was a fork in the road for me,” explains Marty. “I was 57 when I had the surgery. I thought to myself, I had two choices: I could go into retirement, getting older, doing less and less and developing all the age and obesity-related health problems, or I could become the active person I wanted to be.”

Initially, Marty woke from surgery uncomfortable and in pain, but a day later, she was up and about and from there hasn’t stopped moving. “I figured it was up to me. I just wanted to do as much as I could.”

Marty’s life looks a lot different than it did several years ago. She’s no longer plagued by sleep apnea and she’s now a yoga devotee. “I feel great! I feel incredible. Really, really good. I exercise all the time. I discovered yoga after my surgery, and I like to go to the gym four to five times a week to do cardio,” she
said.

Weight loss surgery has changed her life and given Marty the opportunity to live the future she only once dreamed about. Her advice to others struggling with their weight is simple but direct: “Do it! But you have to be ready to make the necessary changes. It is a lifestyle change … it is 100% a lifestyle change, and unless you’re ready to commit to it, it’s not going to work.”

Surgery isn’t for everyone. Call 703-523-1196 to speak with our Bariatric Weight Loss Nurse Navigator to learn more.