Provided by the Office of Barbara Comstock 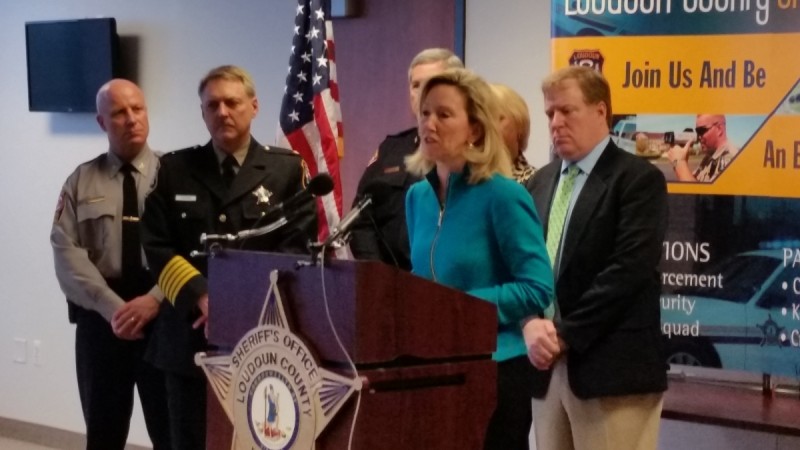 The HOT team will address the rising use of heroin and related overdoses that have impacted citizens in and around Loudoun County. HOT will employ a comprehensive approach that will include enforcement (at all levels), education and prevention by incorporating local, state and federal law enforcement, Loudoun County Public Schools, Loudoun County Department of Mental Health, Substance Abuse, and Developmental Services and other entities within the Community Services Board.

Recognizing this growing epidemic, Congresswoman Comstock reached out to Loudoun County Sheriff Chapman to work together on local efforts to curb heroin use and abuse. “We recognize no community is immune to this epidemic. Sadly, those getting caught up in this are often in their 20’s and 30’s and they don’t realize what an addictive and dangerous drug this is and how much stronger the heroin on the street is than it has been in the past,” said Congresswoman Comstock. “We must ensure as a community that we educate and inform and do everything we can to get this poison out of our community and stop those peddling it and help those caught up in this deadly drug,” she added.

Sheriff Chapman, a 23-year veteran of the Drug Enforcement Administration (DEA), extended the initiative to his partners in law enforcement to develop a regional Heroin Operations Team. “The initiative will require a proactive approach, including education on the dangers of heroin and opioid drugs,” said Sheriff Chapman. “The heroin initiative will include a partnership with the community which is an important step to address the heroin epidemic in Northern Virginia,” he added.
As part of the outreach and enforcement efforts, local representatives announced a series of initiatives including a public roundtable discussion to be held in May 2015. The forum will explore the resources needed to address the growing heroin problem in our community, and promote open discussion on efforts we can take as partners in the fight against heroin abuse.

The HOT initiative is in response to a growing regional and nationwide heroin epidemic. According to the Centers for Disease Control, fatal overdoses of heroin have nearly tripled since 2010. In Loudoun County, the number of fatal heroin overdoses nearly doubled in the past two years, from 6 in 2013 to 11 in 2014.