Provided by US Army War College 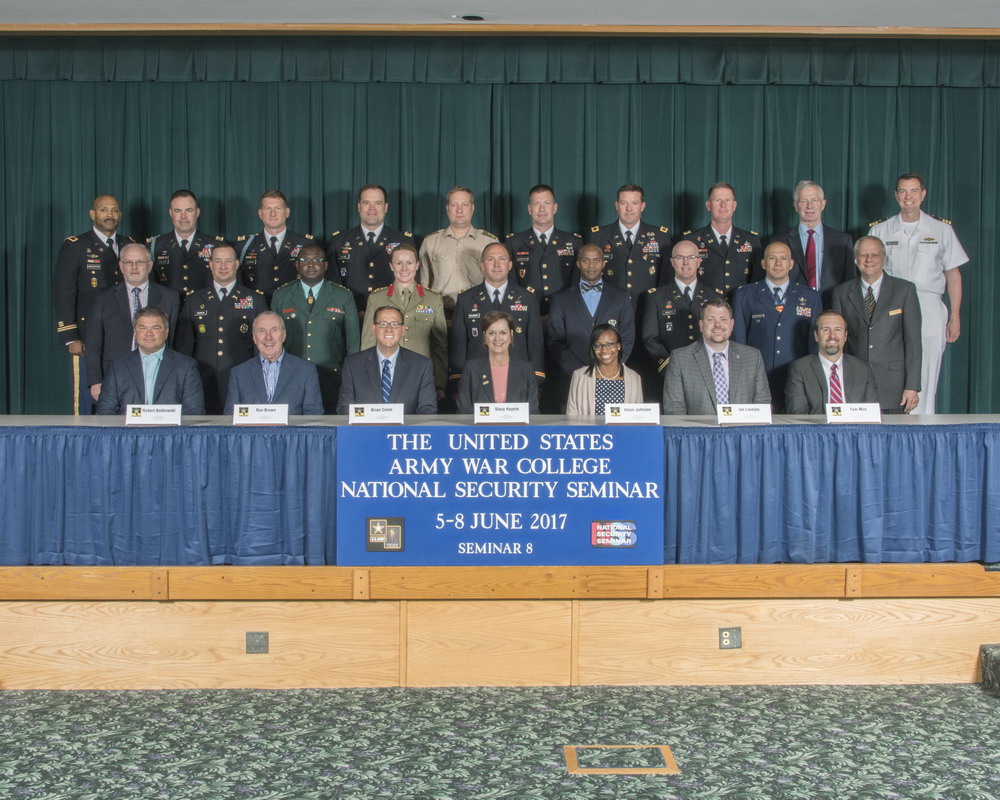 Lovejoy was one of 148 business, government, academic and community leaders selected from across the country to take part in the week-long academic seminar alongside the students of the Army War College. During the special academic event, Lovejoy represented fellow American citizens in discussions with the next generation of senior leaders of the U.S. Armed Forces, enabling for the senior military leaders a deeper understanding of perspectives across the American society they serve. The National Security
Seminar was the capstone event of the Army War College’s 10-month curriculum, just before the Class of 2017 graduated with the Master’s degree in Strategic Studies.

The NSS forum was structured around a daily presentation about an issue of significance to the nation’s security, followed by extended and candid discussion of the topic within one of 24 seminars. Featured speakers for this year’s seminar were Ambassador Ryan Crocker, career ambassador within the U.S. Foreign Service and recipient of the Presidential Medal of Freedom; Mr. David Sanger, Chief Washington correspondent for the New York Times; Dr. Janine Davidson, former 32nd Under Secretary of the Navy and Jeffry Frieden, Professor of Government at Harvard University

Councilman Lovejoy became a member of USAWC Seminar 08, comprising Army, Navy, Marine Corps and Air Force officers at the rank of colonel or lieutenant colonel, a senior federal civilian, and three international officers, representing, Estonia, Tanzania and Australia. He was invited to share perspectives, background and experiences in the capstone event in the Strategic Studies graduate program.

The U.S. Army War College educates and develops leaders for service at the strategic level while advancing knowledge in the global application of land power.

Established in 1901 in Washington D.C., the Army War College relocated in 1951 to historic Carlisle Barracks, Pa. and today, it educates 2500 senior leaders and strategists annually through a variety of strategic education and general officer education programs.