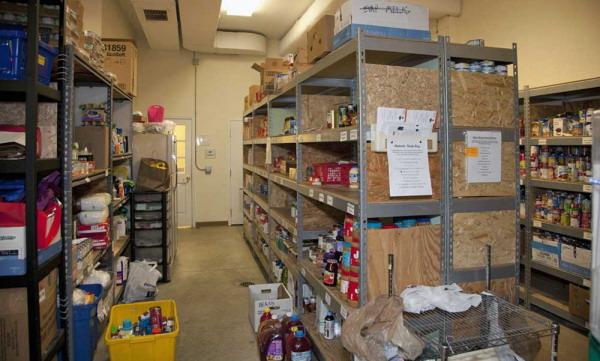 When Action in the Community Through Service (ACTS) Chief Executive Officer Steve Liga and his team envisioned a new Hunger Prevention Center for their main campus in Dumfries, they did not see all of the potential complications. “What I initially thought would be a simple project is actually quite complicated,” said Liga, adding that requirements include connecting and renovating two existing buildings on adjoining properties.

Luckily, Sean Porter of Loveless Porter Architects knows his way around construction projects, and what started as a casual conversation between Leadership Prince William classmates grew into a partnership. “As we discussed what ACTS needed, I explained the process required to get the necessary permits, and the difficulties that can come with renovations to an existing building, like new code requirements, accessibility requirements and general compliance,” said Porter. “It became clear that the project was more complex than they had realized, but these are issues our office can find solutions to though our design process. ACTS is an incredible resource for so many in our community. I really believe in what they do, so I offered to help them make this happen.”

The main building of the future Hunger Prevention Center will be in a former carpet showroom that ACTS acquired last year, that will be connected to the organization’s existing warehouse by a covered walkway. Necessary renovations include the construction of new offices, reception, and storage areas, along with electrical upgrades, industrial refrigeration, and the addition of insulation for energy efficiencies.

When completed, the project will allow ACTS to bring its entire food program onto its main campus, which will simplify the drop off and pick up of food, free up warehouse space for thrift store donations and add space for life skills training, such as shopping on a budget and heart-healthy cooking.

“All of this needs to be done on a limited budget with forethought in scheduling to minimize any interruption of services and the anticipation of any hiccups. ACTS feeds up to 800 local families each month, so we cannot afford to shut down,” said Liga. “Sean is not only donating his architectural services, he is serving as a critical advisor for the entire project. He has been a godsend.”

ACTS is accepting donations towards the Hunger Prevention Center construction costs, at actspwc.org/donations, as well as for its other services, which include crisis and suicide hotlines, domestic violence shelters and counseling and transitional housing. Additionally, proceeds from the ACTS Thrift Store, located at 3661 Canal Road in Dumfries, go towards funding the organization’s work.