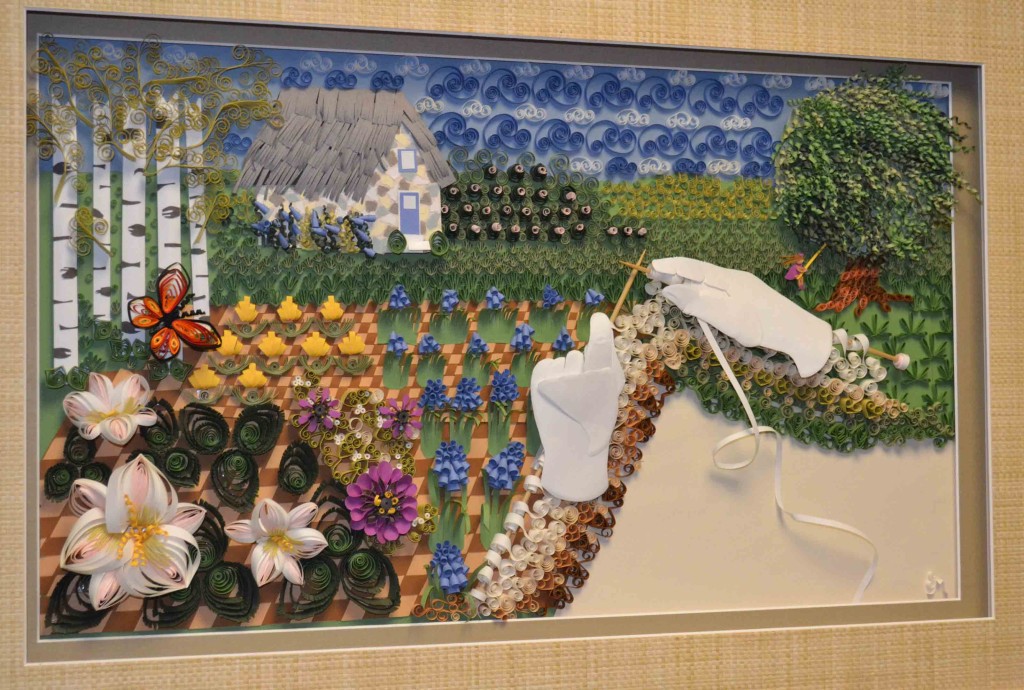 One of the paintings from the Manassas Art Guild display

Paintings from the Manassas Art Guild are on exhibit in The Hall at City Hall through March 11, 2016. Pieces range from mixed media, acrylics, watercolors and quilling. PWL The Manassas Art Guild is an organization that was set up to promote participation and appreciation of the visual arts.

Exhibits in The Hall rotate on a monthly basis and include different forms of visual art. Visiting The Hall is free and open to the public from 8:00 a.m. to 6:00 p.m. on weekdays and later when evening meetings are held in the building.