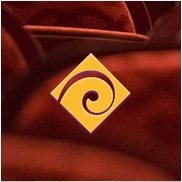 Manassas City Councilman and longtime friend of the orchestra, Ken Elston, will present the American Prize in Orchestral Performance by a Community Orchestra to the Manassas Symphony at their concert on March 5, 2016. The concert will be held at Merchant Hall of the Hylton Performing Arts Center at 7:30 p. m., and will feature music by British composers.

The American Prize is a series of non-profit national competitions in the performing arts providing cash awards, professional adjudication and regional, national and international recognition for the best recorded performances by ensembles and individuals each year in the United States at the professional, college/university, church, community and secondary school levels. The prize was first awarded in 2009, and is now awarded annually. The MSO was previously a semi-finalist for this same award in 2010, and a finalist in 2013.

Mr. Elston has, on several occasions, narrated children’s books set to music commissioned by the MSO for their annual family concerts held each December. His wife Molly has also served in this role. He was recently elected to the City Council, and is also the Director of the School of Theatre at George Mason University. Mr. Elston said, “I’ve greatly enjoyed working the MSO in past, as has my wife. The symphony plays a vital role in the community by providing the classical music component to the Hylton’s presentation of the arts. This award shows how well the orchestra performs that role.”

For two decades, the Manassas Symphony Orchestra has brought the excitement of live orchestral performances to the Manassas and Prince William County area for a unique, lively, and entertaining concert experience. PWL The orchestra serves as the educational and performance medium for its all-volunteer community members.