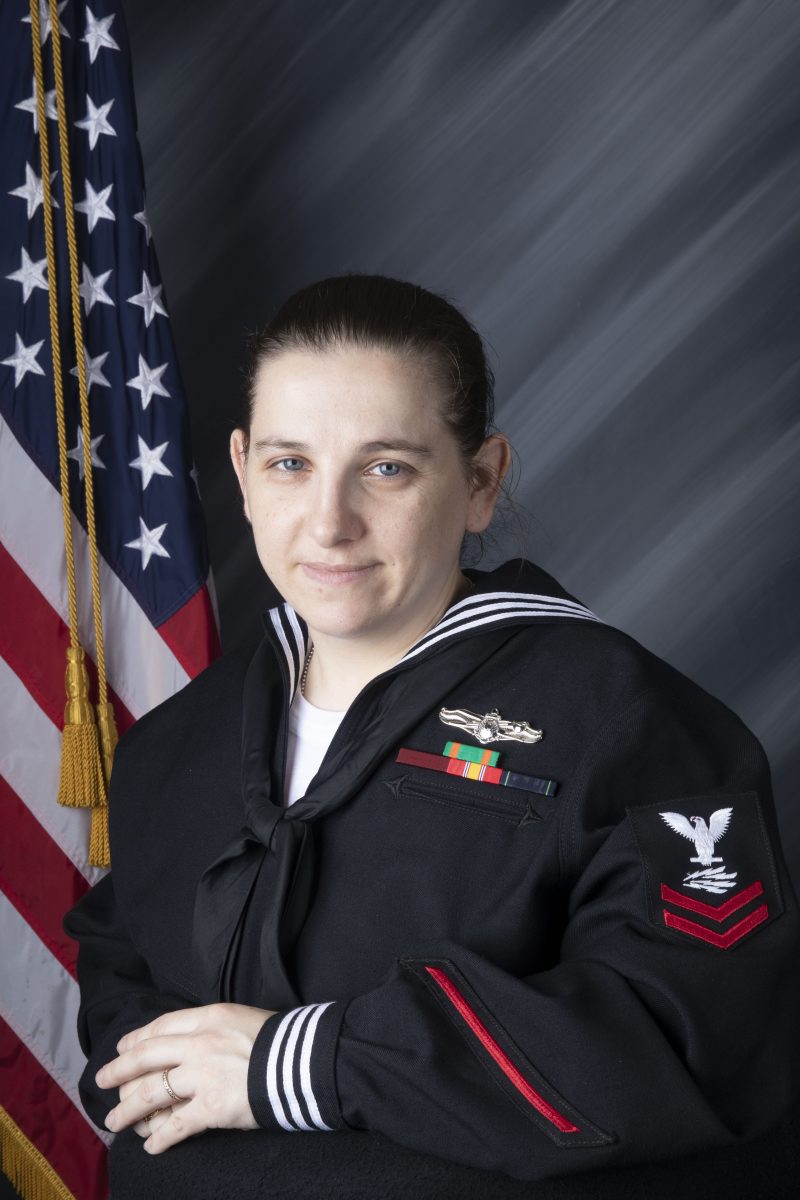 Information systems technicians are trained in network administration, they install applications, troubleshoot user problems, and provide assistance with the use of computer hardware and software.

Vandeventer joined the Navy six years ago for the opportunities serving provides.

“I joined the Navy to travel and see the world,” said Vandeventer.

Iwo Jima is the seventh Wasp-class amphibious assault ship and the second ship in the U.S. Navy to bear that name. The ship was named for the Battle of Iwo Jima of World War II.

According to Navy officials, amphibious assault ships are designed to deliver U.S. Marines and their equipment where they are needed to support a variety of missions ranging from amphibious assaults to humanitarian relief efforts. Designed to be versatile, the ship has the option of simultaneously using helicopters, Harrier jets, and Landing Craft Air Cushioned, as well as conventional landing craft and assault vehicles in various combinations.

As a member of the U.S. Navy, Vandeventer, as well as other sailors, know they are a part of a service tradition providing unforgettable experiences through leadership development, world affairs and humanitarian assistance. Their efforts will have a lasting effect around the globe and for generations of sailors who will follow.

“I have learned several things since I have joined the Navy,” added Vandeventer. “One of them is that everyone is unique and has something special to bring to different situations.”