Members of the Ahmadiyya Muslim Community from Masroor Mosque participated in the Dale City Independence Day Parade. The group was comprised of around 20 participants. Ten volunteers decorated the float in blue, red and white. Members were waving American flags with pride and carrying banners displaying saying of the Prophet Muhammad (peace and blessings be upon him) that love of one’s country is part of the faith. Some other messages displayed on the banners included “Love for all, hatred for none,” Muslims for Peace, and Humanity First-serving mankind. Children joining the parade were dressed up appropriately for the Independence Day. 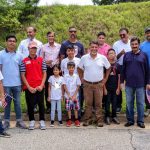 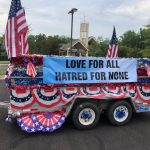 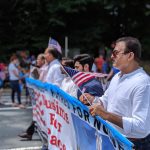 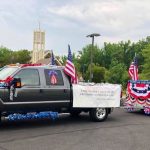