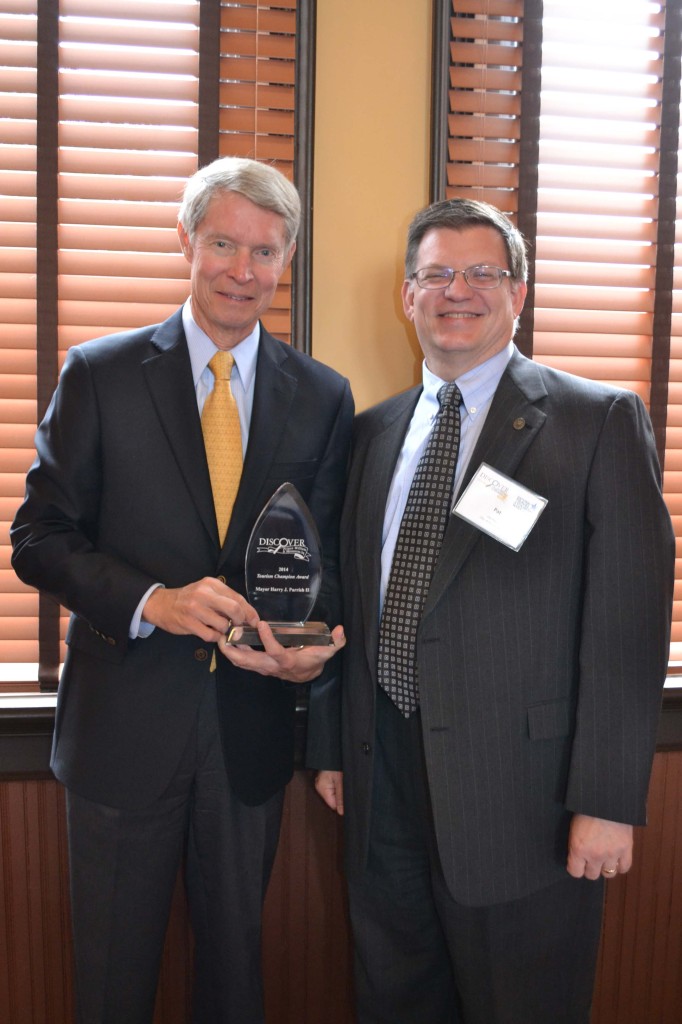 Mayor Parrish received the award for recognizing the importance of tourism to the community, supporting tourism partner organizations and showcasing the City of Manassas and the greater Prince William Area as a great place to live, work, play and visit. In their nomination, Historic Manassas, Inc. wrote, “As a lifelong resident of the City of Manassas, Mayor Parrish has strongly supported initiatives that directly enhance our visitor’s experiences, not just in the Historic Downtown area, but throughout the City.” The nomination further said, “His direct support has led to the completion of both the Battle and Main Street renovation projects, the addition of the Harris Pavilion and the Hilton Performing Arts Center. Each of these projects have enhance the lives of our residents and have moved us toward becoming a true Arts and Tourism destination.”

Other award recipients were Joann Barron from the Weems-Botts Museum received the Tourism Leader Award; Peggy Lanham with Hampton Inn Manassas received the Stellar Service Award; and The National Museum of the Marine Corps received the 2014 Partner of the Year Award.