“These dancers have established themselves in the southern region. They work hard in the studio and always leave it all on the stage at competitions,” said school founder Lauren McGrath Dutton, ADCRG. “It’s still hard for me to believe Aisling Reynolds, who started dancing with me when she was just 5 years old, has held this title for five years. She first won it when she was just 10 years old. Now she’s in high school. And still on top.”

The Oireachtas (pronounced Uh-ROCK-tus) is a three-day regional championship where Irish dancers compete to qualify to participate at national and world championships. More than 2,000 dancers from across the southern region, which includes Alabama, Arkansas, the District of Columbia, Florida, Georgia, Louisiana, Maryland, Mississippi, North Carolina, Oklahoma, South Carolina, Tennessee, Texas, Virginia, West Virginia and Mexico, competed in Orlando. Each competitor danced one soft shoe and one hard shoe dance, sharing the stage with one or two other dancers (depending upon age). Scores were tabulated and the top half of dancers were “recalled” to compete in the third round, which is a hard shoe solo set dance showcasing each dancer’s style. 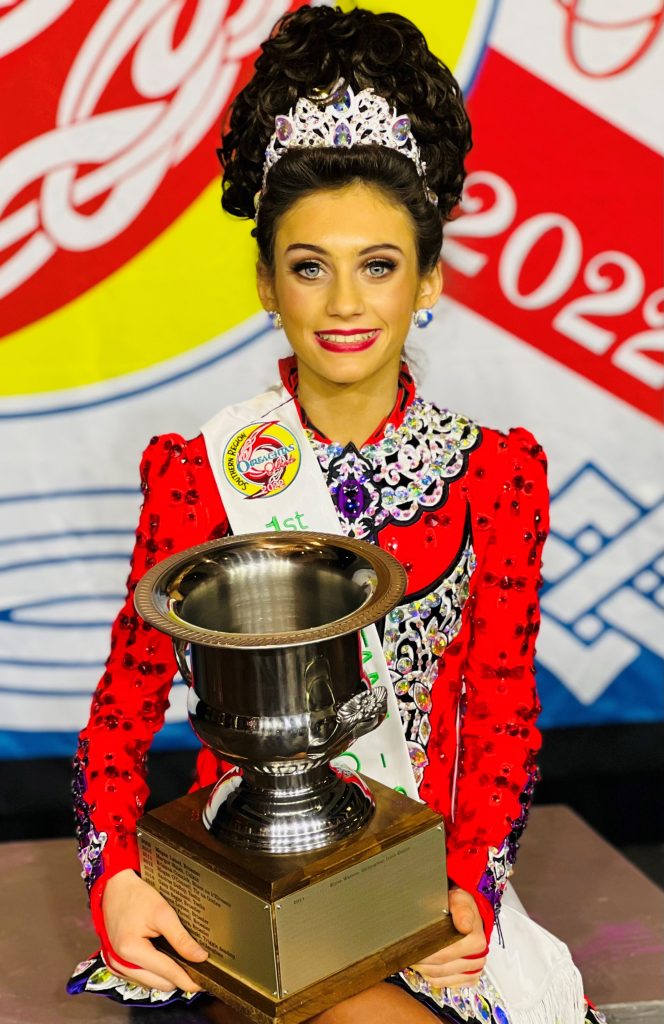 In addition to the solo placements, McMa teams also brought home high honors, including first and second place dance dramas, third place for the under-12 girls ceili team and fifth place for the girls over-15 ceili team.

Lauren McGrath Dutton, ADCRG, founded McGrath Academy of Irish Dance in January 2004. Although based in Great Britain, John Lawrence Morgan, TCRG, began visiting the studio to conduct semiannual workshops in 2012. Five years later, he relocated to the United States to join the faculty full time. McGrath Morgan was created in March 2019. Lauren and John train a wide range of Irish dancers, from age 4 to 50, beginner through world champion. McGrath Morgan dancers have danced for U.S. presidents and foreign dignitaries, as well as nationally renowned bands, including The Chieftains, Scythian and We Banjo 3. They have danced at the White House and Kennedy Center and in countless parades, nursing homes, weddings and community events. Virginia classes are taught in Falls Church and Fairfax Station. Maryland classes are held in Bethesda, Damascus, Frederick and Millersville. Classes are also available in Charleston, S.C.