Reynolds and Renzi, along with a dozen top-placing solo dancers, are qualified to compete at the 2023 World Irish Dancing Championships in Montreal in the spring. 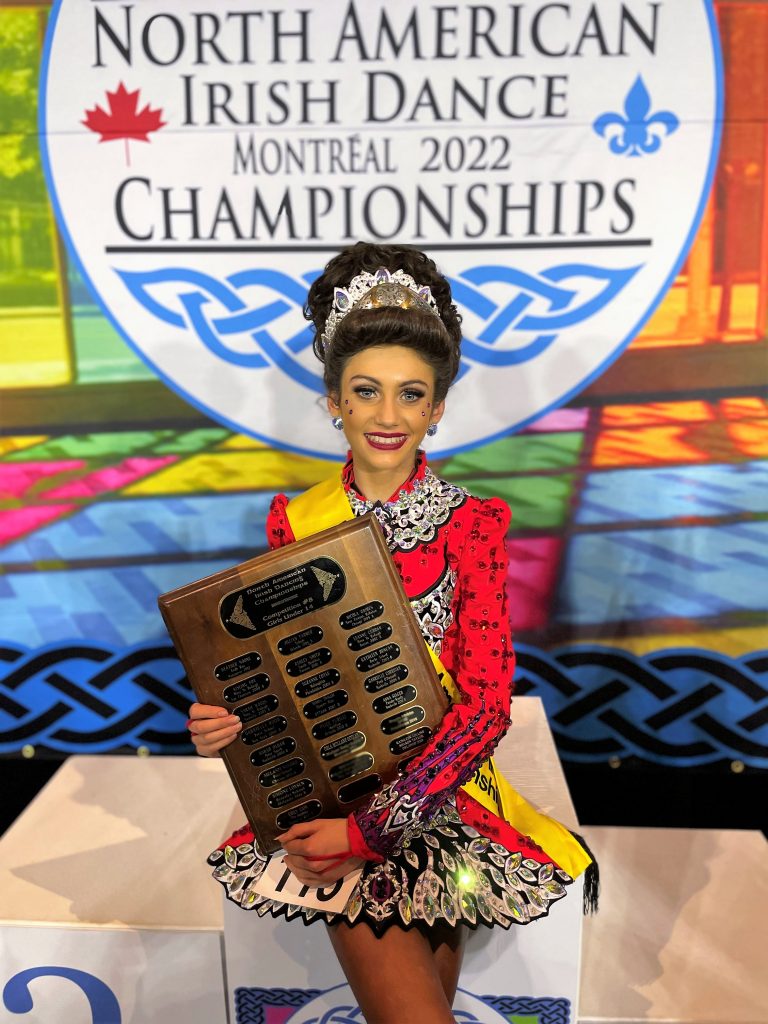 Aisling Reynolds of Manassas reclaimed the title she first won in 2019, before COVID cancelled subsequent competitions.

“Aisling has established herself as an outstanding dancer by winning the Southern Region title four consecutive years,” said Dutton. “This national title is very elusive, especially coming out of the pandemic. And now she has won it twice!”

Each dancer in the competition — there were 120 competitors from Canada, United States and Mexico, as well as Ireland and the United Kingdom — performed a soft shoe and a hard shoe dance. The top half of the dancers were recalled for a solo set dance.

“Her first two rounds were clean,” said Dutton. “But that solo set dance? It was flawless. It took my breath away.”

Reynolds credits her supportive teachers, family and friends for challenging and supporting her in the months leading up to the competition.

“This year was much harder because there was a lot of pressure to retain my title,” she said.

It all paid off, especially in that final round, where all three judges placed her first, giving her a rare perfect score.

Both Reynolds and Renzi were members of the 20-person drama team that took first place with their performance of “The Belle of Belfast.” Choreographed by Morgan, the drama features a storm that destroys the roof of St. Anselm’s school; a class of feisty school children; divine intervention that leads their teacher, Sister Madonna, to compete in a local beauty pageant; and the shenanigans that ensue with competitors vying for the title (and monetary prize) “Belle of Belfast.”

“I was so happy for this drama team completing its final performance of ‘Belle of Belfast’ in Montreal,” said Morgan. “Now they can say they are regional, world and now national champions. Effectively, once again winning the ‘grand slam’ of titles.”