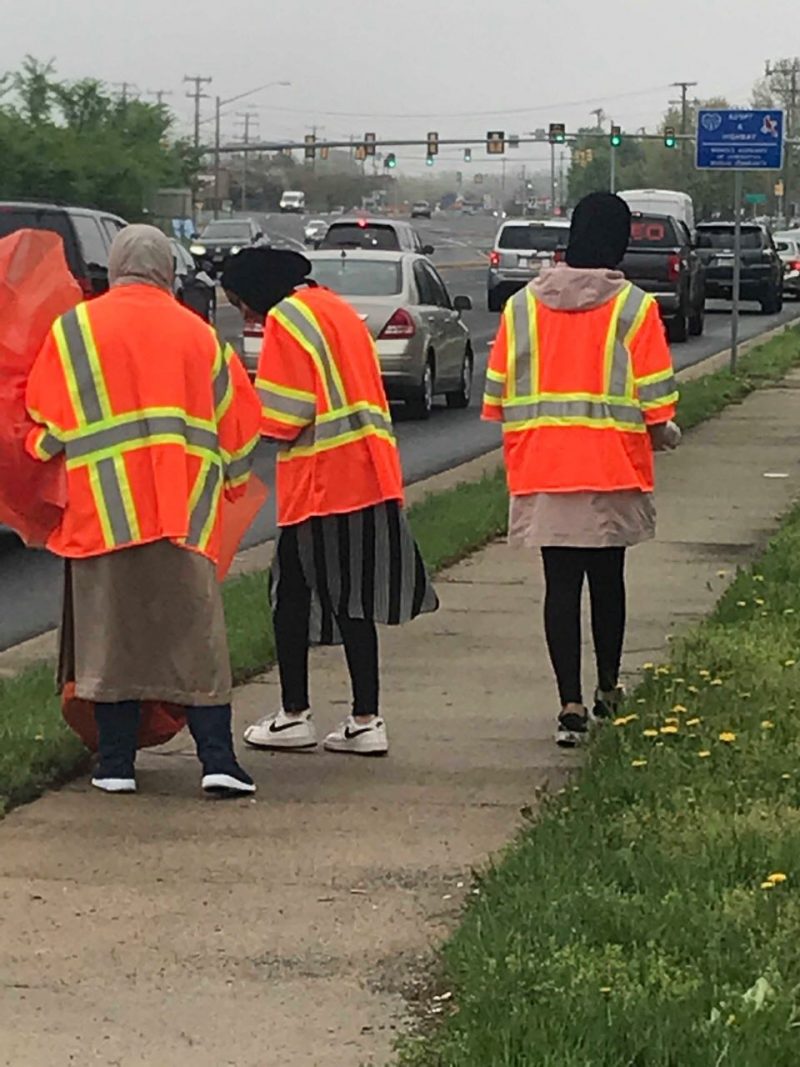 Women from Masroor Mosque clean up their adopted highway.

Mother’s Day is celebrated to recognize and appreciate the invaluable role mothers play in our lives at individual levels and for society at large.

Ahmadi Muslim mothers from Masroor Mosque in Manassas are leading from the front in setting positive role models for their children. It is part of religious obligation of true Muslims to positively contribute in the their communities. The Prophet Muhammad (peace and blessings be upon him) said that cleanliness is a part of faith.

The Women’s Auxiliary of Ahmadiyya Muslim Community from Masroor Mosque participates in the Adopt-a-Highway Program with Virginia Department of Transportation (VDOT). They maintain Route 640 (Minnieville Road – all lanes) from Prince William Parkway to Sturbridge Road for three miles. This permit is issued for three years; littler is to be picked up at least twice a year.

On Sunday, April 14, twelve members participated in the third litter pickup since the highway was adopted in January 2018. The group collected 17 bags of trash in two hours, and thus helped to make our community clean. The women from Masroor Mosque plan to hold the next trash pickup in October 2019.