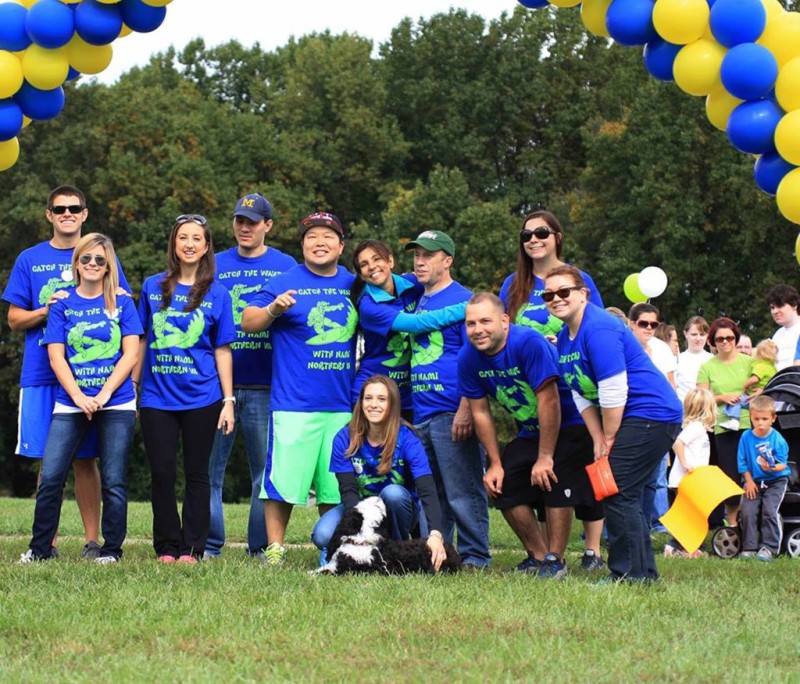 The recent suicide of actor Robin Williams brought the issue of depression to the forefront of America’s consciousness, but his was far from an isolated case.

The Centers for Disease Control reports that an estimated one out of four adults in the U.S. suffer from a mental illness—most commonly depression. The magnitude of this statistic highlights the importance of the work that National Alliance on Mental Illness-Prince William (NAMI-PW) does in our community.

At the national level, NAMI bills itself as “the nation’s largest grassroots mental health organization,” with hundreds of state and local affiliates. NAMI-PW is one of 22 chapters operating in Virginia, advocating on behalf of improved mental health services and offering NAMI’s internationally recognized programs, designed to help those living with the effects of a mental illness, whether as caregivers or patients.

For many who rely on NAMI services, this programming is the organization’s most tangible benefit, providing peer support, coping mechanisms and other resources. According to its 2013 Annual Report, 99 percent of participants would recommend NAMI programs to others.

Locally, NAMI-PW holds family support group sessions at Novant Health Prince William Medical Center in Manassas the last Monday of each month at 7:15 p.m., and at Sentara Medical Center in Woodbridge on the second Tuesday of each month at 7:00 p.m. These support groups are free and open to all. Additionally, NAMI-PW holds classes at both sites for individuals, families and caregivers. Its Peer-to-Peer classes take place at Trillium Drop-In Center in Woodbridge, a peer-led center that provides services and a place for mental health consumers to gather in a judgement-free atmosphere. Following are course descriptions, as shown on nami.org:

-Strategies for self-care including management of stress and emotional overload.

Peer-to-Peer: Designed for people living with a mental illness who are interested in establishing and maintaining their wellness and recovery. 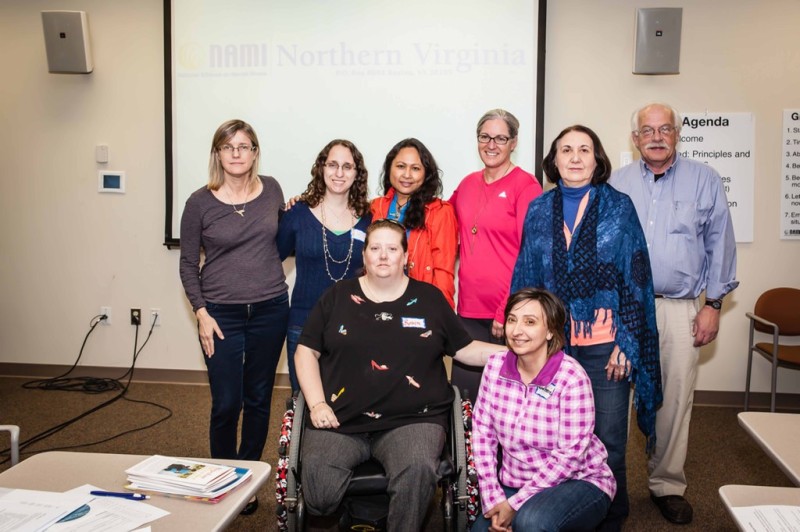 NAMI Basics: The signature program for parents and other caregivers of children and adolescents living with mental illnesses. The course is taught by trained instructors who are the parents or other caregivers of individuals who developed such symptoms before the age of 13. One of the benefits of these classes is connecting with others who have been in similar situations.

The efficacy of many NAMI programs has been validated by independent studies, such as the University of Maryland’s four-year study of Family-to-Family, funded by a National Institutes of Health grant. Researchers found that the subjects retained the coping strategies and reported higher problem-solving skills and less anxiety than before taking the course.

“We hear regularly from participants that the course has helped

them better understand their family member’s illness and enabled

them to empathize with their struggle,” said Joyce Burland, Ph.D.,

program author and director of NAMI’s Education, Training and

NAMI-PW seeks to reach people as soon as symptoms start, offering support from the early stages if possible. Pat Victorson, secretary of NAMI-PW, indicated that it is critical that educators be aware of mental health symptoms in youth, as early diagnosis and treatment increases their ability to grow up to lead productive and successful lives. Reports by the U.S. Surgeon General show that when youth mental health issues remain undiagnosed and untreated, the results can range from increased school dropout rates to lower earnings and even incarceration as time goes on.

To meet this service gap, she said that NAMI-PW works with the Greater Prince William Area Task Force on Youth Social- Emotional Wellness, which she serves on, to bring additional programs to the community. The NAMI website describes one of the programs, Ending the Silence, as helping high school students to “actively care for themselves and for their peers, whether by reaching out for help, encouraging a friend or family member to seek help or by reducing stigma.”

Another NAMI program offered in Prince William is Parents and Teachers as Allies. According to nami.org , it is focused on “helping school professionals and families within the school community better understand the early warning signs of mental illnesses in children and adolescents” and linking those in need to the appropriate services.

With so much at stake, NAMI works to keep mental health care issues at the forefront of policy discussions at every level of government. While there are many subtopics that fall under this umbrella, most are centered on the lack of access to adequate care.

Many Virginians are familiar with the tragic case of Creigh Deeds, the state senator whose son stabbed him multiple times and then took his own life in Nov. 2013. The tragedy was magnified by the revelation that 24 hours prior to the incident, Deeds had tried to admit his son to a hospital for psychiatric care, but was turned away due to a lack of bed space.

The Prince William area is no stranger to this statewide, and even national, problem. According to Victorson, hundreds of people are referred to care outside the area because Prince William, like many jurisdictions, lacks the proper facilities and care providers. “It’s sometimes really difficult to get care,” she said.

She added that additional needs include expanded services for individuals at risk for serious mental illnesses and/or substance abuse issues and secure 24/7 drop-off assessment centers as an alternative to jail.

Educating both the general public and lawmakers while also trying to minimize the stigma of mental illness requires a lot of this all volunteer NAMI affiliate, in the way of time and resources. To support these efforts, NAMI-PW applies for grants and participates in fundraisers like the 5K “NAMIWalks,” billed by

NAMI as the largest mental health awareness and fundraising events in the U.S. NAMI-PW encourages the community to get involved in its cause, as members, advocates or consumers. Visit nami-pw.org to learn more.

Tracy Shevlin is a longtime Manassas resident and a Business Communication major at George Mason University. She has been a contributing author at Prince William Living magazine since July 2014.