Provided by National Museum of the U.S. Navy 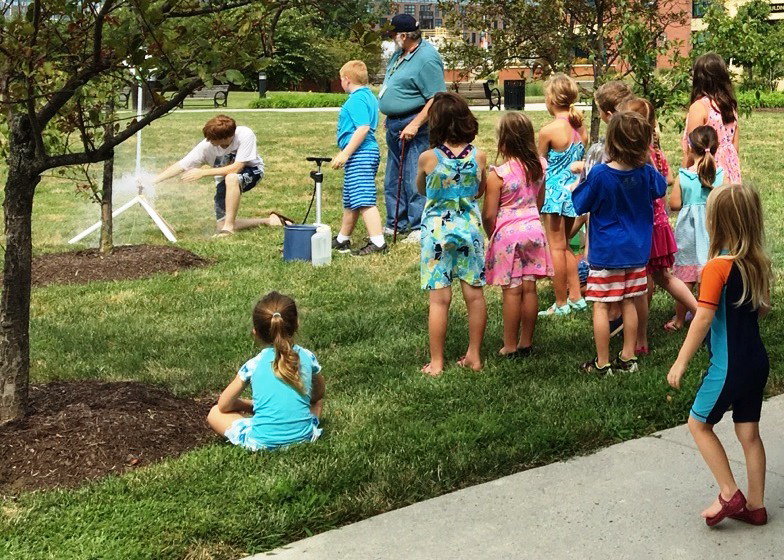 Education Specialist David Barker teaches children how to build and launch water rockets along the riverfront.

As one of 10 naval museums throughout the country, the National Museum of the United States Navy (NMUSN) has a unique story to tell. It is the only museum to present a complete overview of the U.S. Navy’s rich history and heritage 1775 to the present. Located a short distance from the National Mall, this best kept secret museum in Capitol Hill provides an intimate experience allowing visitors the opportunity to spend countless hours exploring permanent and temporary exhibitions in the NMUSN’s main building and Cold War Gallery.

New in 2017, the museum introduced the Washington Navy Yard Walking Tour. Put on your walking shoes to enjoy this two-hour guided tour filled with history and intrigue. Led by NMUSN’s education team, the tour invites visitors to experience naval history from as early as 1799. Among tour highlights, visitors will learn about the cannons in Willard Park and hear the true story behind Col. Ulric Dahlgren’s encased leg. All tours are free, but registration is required.

The museum joins the country to honor significant battles and victories won by the U.S. Navy. Marking the 75th anniversary of the Battle of Midway, newly built aircraft models were added to the War World II exhibit. Similarly, the museum presents the “Over There: World War I Posters of the U.S. Navy” exhibit to commemorate the 100th anniversary. The exhibit features more than 20 original lithographs that were used during recruitment, support propaganda, and advertising. Works by artist and illustrator James Montgomery Flagg are found throughout the exhibit including his most notable Uncle Sam recruitment poster with the “I Want YOU in the Navy” caption.

The NMUSN is an impressive must-see museum with approximately 5,000 artifacts on display including ship models, medals, weapons, and fine art. But if you can’t squeeze in a visit, the museum has the perfect alternative—become a pen pal. Letters to the Museum, its first distance learning program, encourages people of all ages to hand write and mail their history questions, comments, and suggestions using the traditional style of handwriting. Topics can include questions about the museum, the U.S. Navy, visiting the area, and numerous other subjects.

It’s a family affair at the National Museum of the U.S. Navy. The museum has an active public programs schedule for children and adults held throughout the year including book signings, demonstrations, and lectures. This summer, mark your calendars to attend a hands-on workshop learning to build and launch water rockets along the Capitol Riverfront. If visitors are looking to escape the heat, the Artifact Spotlight series takes place on the museum floor twice a month to showcase artifacts from the vaults of the museum, rarely seen by the American public.

Make a day out of it. The Capitol Riverfront is the fastest growing neighborhood in Washington, DC. Spend the day exploring the area’s beautiful parks, new bars and restaurants, unique shopping, and summer events such as the Friday Night Concert Series and Outdoor Movie Series. Walk along the riverfront for the best view of Anacostia River. Play ball. Grab a pair or two of tickets to see the Washington Nationals play at Nationals Park just footsteps from the museum.

The museum has been a vital part of the community since 1963. Start your historical journey through our Navy’s past. If you’d like to schedule your own tour, give the museum a call to arrange a highlight tour that gives an overview of the museum then explore at your leisure. Ongoing experiences are also available including a scavenger hunt as well as materials for a self-guided walking tour of the Navy Yard.

The National Museum of the United States Navy, a part of the Naval History and Heritage Command, is located at the historic Washington Navy Yard at 805 Kidder Breese Street SE in Washington, DC. Admission to the museum and its programs are free and open to the American public. For more information about the museum and base access, visit the “Plan Your Visit” page at history.navy.mil/nmusn or call 202-433-4882.