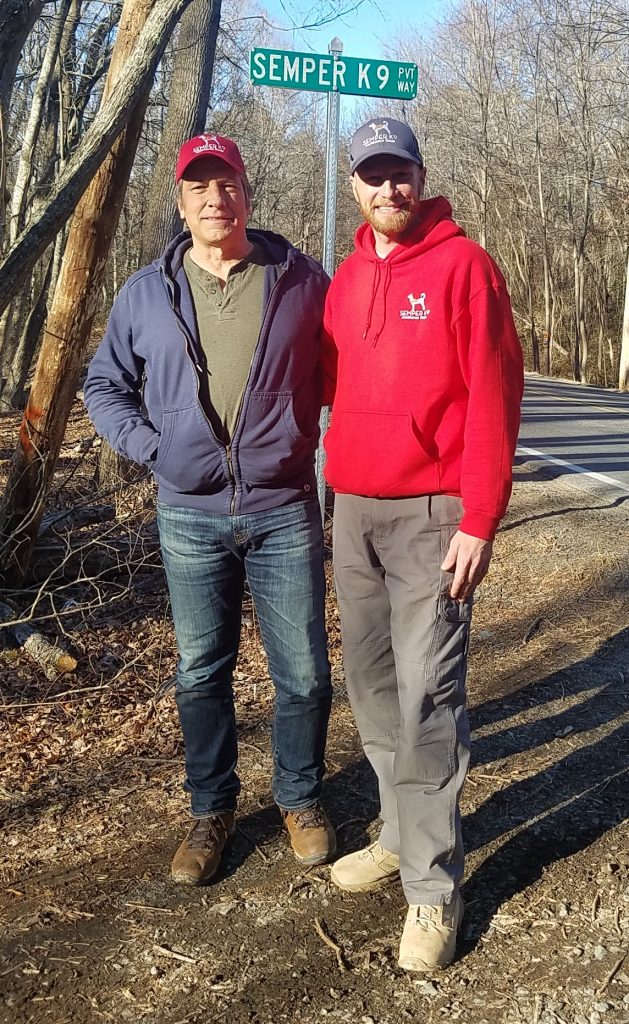 Quantico, VA- Television personality Mike Rowe is well-known for his time on the hit show “Dirty Jobs,” but now he’s spreading smiles with a new show called “Returning the Favor” on Facebook Watch, the television network for Facebook.

Rowe’s “Returning the Favor” is meant to be a humorous, inspiring and feel-good show that features Rowe as host, traveling the country in search of people who are striving to do good things and make a difference in the world around them. He then surprises them with rewards for their kindness.

Rowe and his crew recently surprised Christopher and Amanda Baity, the founders of local veteran service organization Semper K9 Assistance Dogs. While his television crew was filming a “documentary” about Semper K9, Rowe walked in mid-filming at their home office in Woodbridge. “I instantly recognized his voice when he said ‘Hello.’ as a voice I had heard before,” said Amanda Baity, Semper K9’s Director of Operations. “Once he peeked around the entryway I didn’t know what to think other than ‘Mike Rowe is here in Woodbridge…in my house!”

Little did the Baitys know, members of their volunteer team had been plotting to surprise the couple for months. “It truly was a challenge to plan something of this size without them finding out,” said Tisa Newhouse, Volunteer Coordinator and board member. “There were some close calls but the look on their faces when the big reveal day came made all the long hours of planning and chaos more than worth it.”

Their episode of Returning the Favor aired on Facebook Watch Tuesday and already has over 8 million views, a record for the second season. Semper K9 has an official viewing party scheduled at Bungalow Alehouse in Woodbridge April 12th at 6pm. This event will give Semper K9’s team of volunteers and veterans a place to celebrate while allowing the community to find out more about their mission.

“We have been flooded with emails of support and donations as well as applications for service dogs,” said Amanda. “We were prepared for this to happen and have a great team of volunteers who are assisting to ensure each email has a reply and comments on Facebook are answered.”

“This honor to be chosen by Returning the Favor is huge for Semper K9 and the veterans we serve,” said Christopher Baity, the nonprofit’s Executive Director. “This has given us a substantial advantage to where we can accelerate our programs and help more veterans faster.”