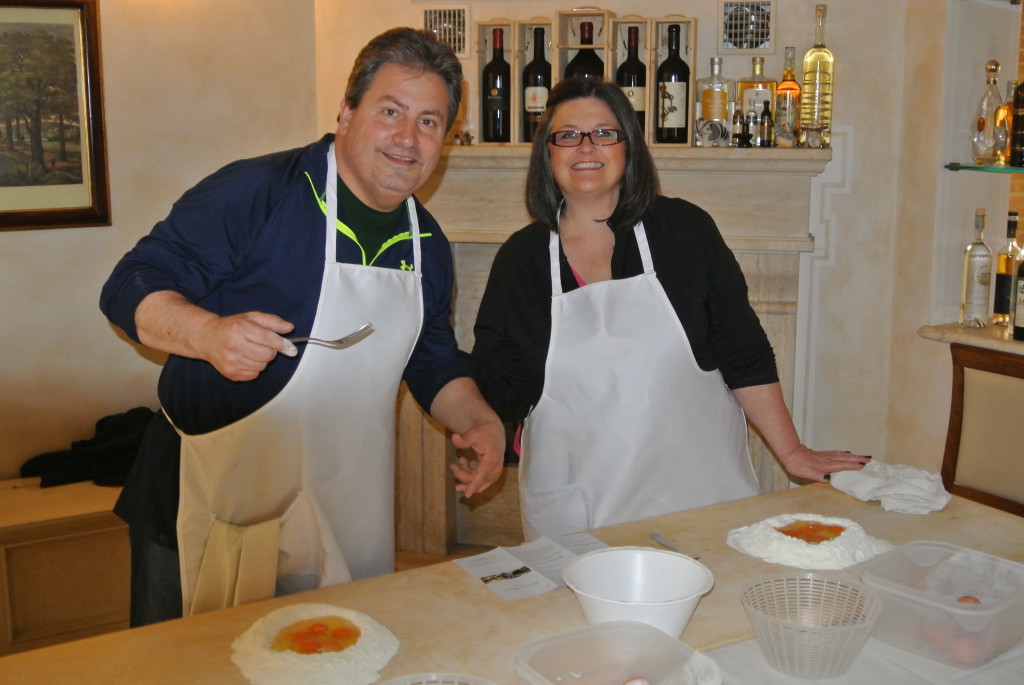 Cook in Tuscany, a Tuscan culinary tour, was recently named one of the top 15 Foodie Destinations by USA Today. Haymarket, Va.-based owners, George and Linda Meyers spend six months of the year in Tuscany, where they host their worldwide guests on cooking tours in authentic Tuscan kitchens, and guide guests on personalized Tuscan historic tours and truffle hunts. For more information, go to cookintuscany.com.

Retired United States Air Force pilot George Meyers and his wife, Linda, now a retired Prince William County school teacher, regularly enjoyed trips to their favorite travel spot, Tuscany. Over time, these trips became Cook in Tuscany, a culinary travel destination, where guests from around the globe can cook alongside Tuscan cooks, not taught in culinary schools, but from their Tuscan mothers and grandmothers. Natives of New Orleans and high school sweethearts, the Meyers share a long-time passion for good food. The Meyers personally take guests on wine tours, cheese-making tours and truffle hunts as well, creating an immersive experience in Tuscan cuisine and culture.  The week-long package tours are all-inclusive of hotels and food, not including air fare.

“Cook in Tuscany started as just a way to enjoy our time in Tuscany, and then we realized we wanted to share some of this joy and it turned into a culinary tour,” said Linda Meyers.

Cook in Tuscany is a six-day tour, with all-inclusive Tuscan cooking classes in the medieval, walled village of Montefollonico, Tuscany, Italy.  Based in Northern Virginia, Cook in Tuscany was founded by New Orleans natives George and Linda Meyers. The tour includes cooking classes with Tuscan cooks, village excursions, truffle hunts, winery tour, cheese-making, gourmet dinners, and tours of local, historic sites. Rated by USA Today as a top 15 Foodie Destination, and recommended by JourneyWoman and Epicure & Culture, Cook in Tuscany is a luxury, culinary vacation for the traveler who wants to be a local, and not a tourist.   Go to cookintuscany.com or visit them on Facebook or Twitter @CookinTuscany.