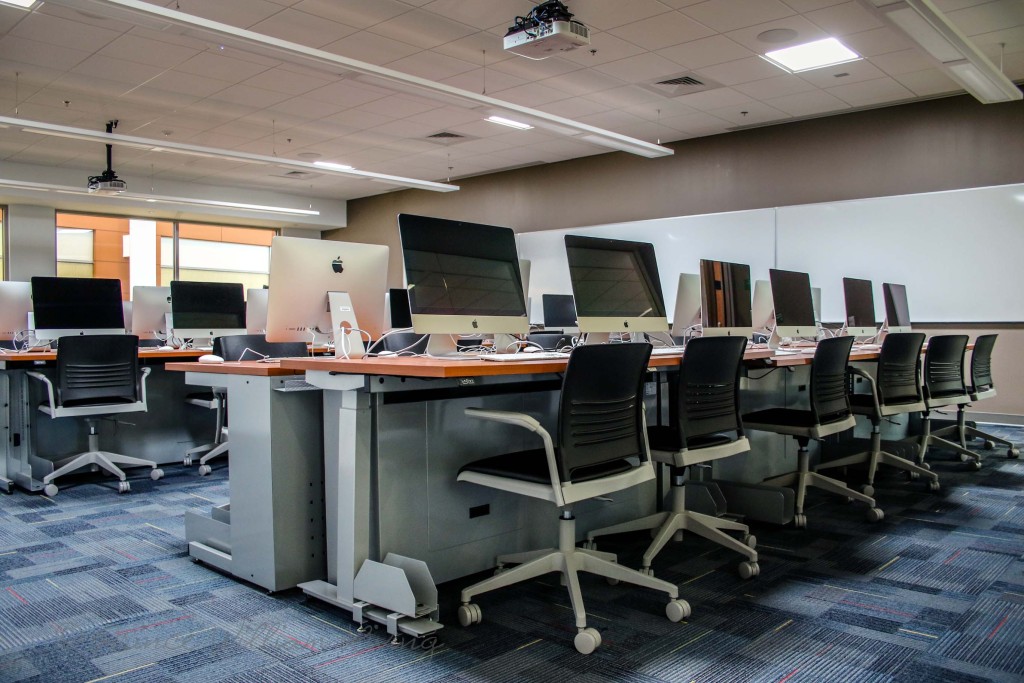 By fall, businesses and their employees will be able to take full advantage of a new training center at Northern Virginia Community College in Woodbridge. The Regional Center for Workforce Education and Training still is hiring for key positions, such as an event coordinator, a testing coordinator and an operations manager. Filling these positions coincides with its effort to ensure the showpiece facility offers the programs and credentialing most useful to regional employers.

“We’re not ready for prime time yet with the business community,” said Steve Partridge, vice president of workforce development for the center. “We are trying to be strategic in our planning. We want to offer training that employers need, not programs no one wants or will use.”

Thus far the center has seen light use, mainly by the public sector. In February, The Prince William Chamber of Commerce brought 150 people to the center for its annual Women’s Leadership Conference. “It’s got the technology and the space we need for our bigger events,” said Kaitlyn Britton, event coordinator for the chamber.

In March, more than 200 people gathered for the official opening of the 55,000-square-foot center, which will offer mainly programs to ensure workers stay up-to-date on technology, including cybersecurity, information technology, program management and health care. They came to get a good look at the state-of-the art center, which was open for self-guided tours.

“The regional center has been a long time coming, and worth the wait,” Sam Hill, provost of the Woodbridge campus, told the crowd in March. According to him, “the idea for such a facility began in 2006.” At that time, a legislative task force recommended the $29 million center as a way to help meet the needs of a growing military workforce at two of the nation’s key bases, Marine Corps Base Quantico in Prince William County and the Army’s Fort Belvoir in neighboring Fairfax County.

A number of people spoke at the nearly hour-long dedication ceremony. The speakers were from NOVA and the community college system, the state General Assembly, the Prince William Board of County Supervisors and several other Prince William government agencies. Businesses also sent representatives to the ceremony. Among them were SkillSource Group Inc., a non-profit organization for employers and job-seekers, Todos Super Market in Woodbridge, Logis-Tech Inc., which offers information technology and other services to businesses, and MDA Technologies Group. MDA works with the Department of Defense on project management, among other services.

Speakers emphasized the role of community colleges in helping non-traditional students, such as those who come to the U.S. from other countries, to build new lives. “If you ever come into my office, the first thing you are likely to see is a picture of Ellis Island. For so many generations, it was a beacon of hope. It was a launch pad into the American Dream. In many, many ways, the community college has become America’s Ellis Island,” said Glenn DuBois, chancellor of the Virginia Community College System.

With a professional background in workforce development, Scott Ralls, president of Northern Virginia Community College, said he had a unique perspective on the Woodbridge center. “This is one of the best—if not the best—workforce training centers in the United States That says something about how proud we should be of this particular place,” Ralls said.

The Workforce Development Center is more than just a beautiful new building, speakers emphasized. It has appropriate training programs tailored for the region. Virginia soon will be the 20th state to get state funding for non-degreed workforce programs. Instead of degrees, participants get professional certifications.

“This one-time public infrastructure investment will produce outstanding returns in highly skilled human capital needs for decades to come,” said David Hunn, president and CEO of the SkillSource Group Inc. “The primary beneficiaries will be local employers, along with individuals and families, that will now have families making greater incomes and having greater job stability in Prince William County and greater Northern Virginia.”

Colleen LaMay (clamay@princewilliamliving.com) worked for nearly 30 years for a daily newspaper in Boise, Idaho. She moved to Virginia in 2010 with her family.