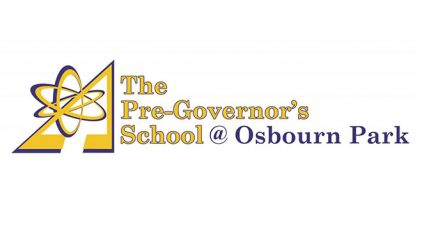 Osbourn Park High School was named one of the nation’s 255 state finalists in the Samsung Solve for Tomorrow Contest, a program that encourages students to solve real-world issues in their community using classroom skills in science, technology, engineering, arts, and math (STEAM).

The team of students who qualified are members of The Pre-Governor’s School @ Osbourn Park.

The team members said in their activity plan, “Developing an app that tells whether students are safe or not would help relieve the stress of the staff during emergency situations. Schools in Virginia and even throughout the United States would benefit from this innovation.”

Although the team was not named a state winner, as one of the state finalists in Virginia, Dr. Dalfrey will win a Samsung Chromebook to use in her classroom.

The Pre-Governor’s School @Osbourn Park is a preparatory program with a student-centered learning environment that emphasizes Science, Technology, Engineering, and Math (STEM) acceleration. Students engage in meaningful study designed to prepare them for their post-secondary endeavors. Students have an opportunity to develop technical writing capacity and meet several graduation requirements while preparing for success at The Governor’s School @ Innovation Park should they gain entry during 11th and 12th grades. All students in the program may choose from an extensive list of Advanced Placement (AP) core and elective courses.