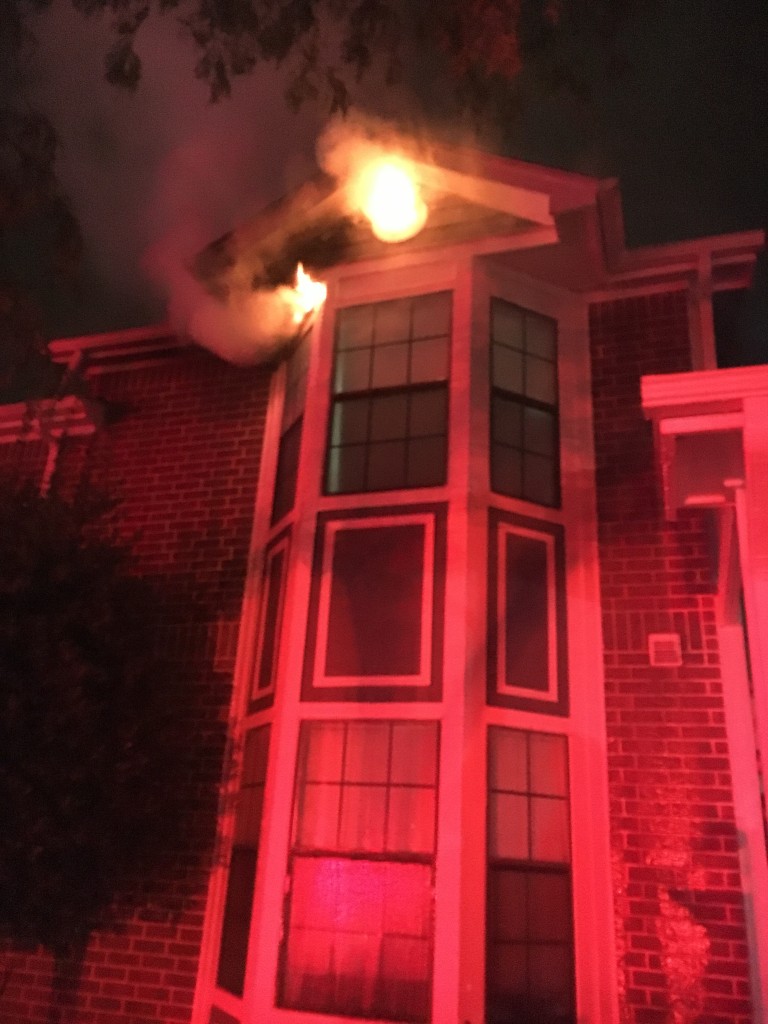 Occoquan-Woodbridge-Lorton (OWL) Volunteer Firefighters were called to an apartment fire at 1831 Sugar Hill Drive Lane in Lake Ridge.  OWL crews arrived on scene within minutes with fire showing from the front of the building.

The fire was under control within 15 minutes.  Fire and Rescue units from OWL VFD, Dale City VFD, Prince William County Department of Fire and Rescue, City of Manassas, Lake Jackson, Stonewall Jackson, and Prince William Police Department responded to the incident. There were no injuries. Four apartment units were affected. The property manager made arrangements for the four displaced families.

The cause of the fire is under investigation by the Prince William County Fire Marshal’s office.

During the massive storms, OWL was also on scene for a lightning strike in Woodbridge and a boat call to assist canoers in distress on the Potomac River. With bad weather comes more calls to 911, and OWL VFD is ready.

OWL VFD is one of the largest and busiest volunteer fire departments in the United States with almost 300 members. OWL VFD provides fire suppression, EMS care, and rescue services to 80,000 residents in our 27 square mile area through the operation of three fire stations. OWL volunteer Firefighters and EMTs work the 6 pm to 6 am shift, five days a week, plus 24/7 holidays and weekends.

For more information on OWL VFD, visit owlvfd.org or become a fan on Facebook at facebook.com/OWLVFD.