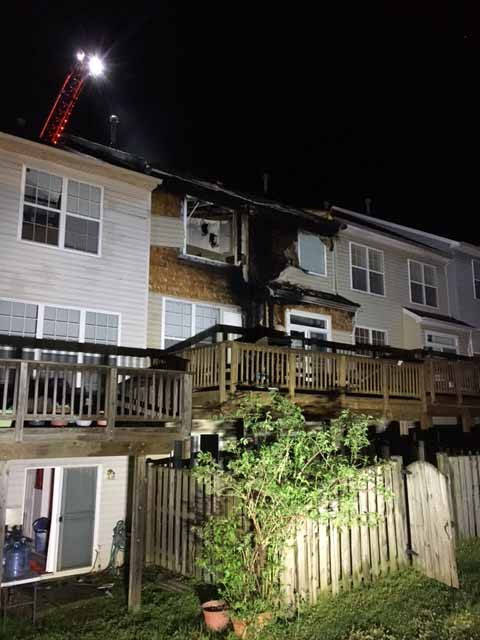 On Thursday, April 13th at 8:47 p. m., fire and rescue units were dispatched to a townhouse fire located in the 15700 block of Palmero Terrace in Woodbridge. Upon arrival, fire and rescue crews observed an outside fire on the second floor of the three-story mid-row townhouse that had extended into the home and through the roof. Firefighters quickly extinguished the fire. One firefighter sustained a minor injury during operations and received treatment.

According to the Fire Marshal’s Office, damages were moderate estimated at $400,000. The Building Official has posted the home unsafe. Two adults, three children and two pets were displaced by the fire.

The origin and cause of the fire was improper disposal of smoking materials on the deck and has been determined as accidental. Prince William County Fire and Rescue Chief Kevin McGee urges residents to take precautions when using smoking materials. “Smoking materials are the leading cause of fire deaths and although unintentional, the majority of home smoking-material fires are caused by human error.”