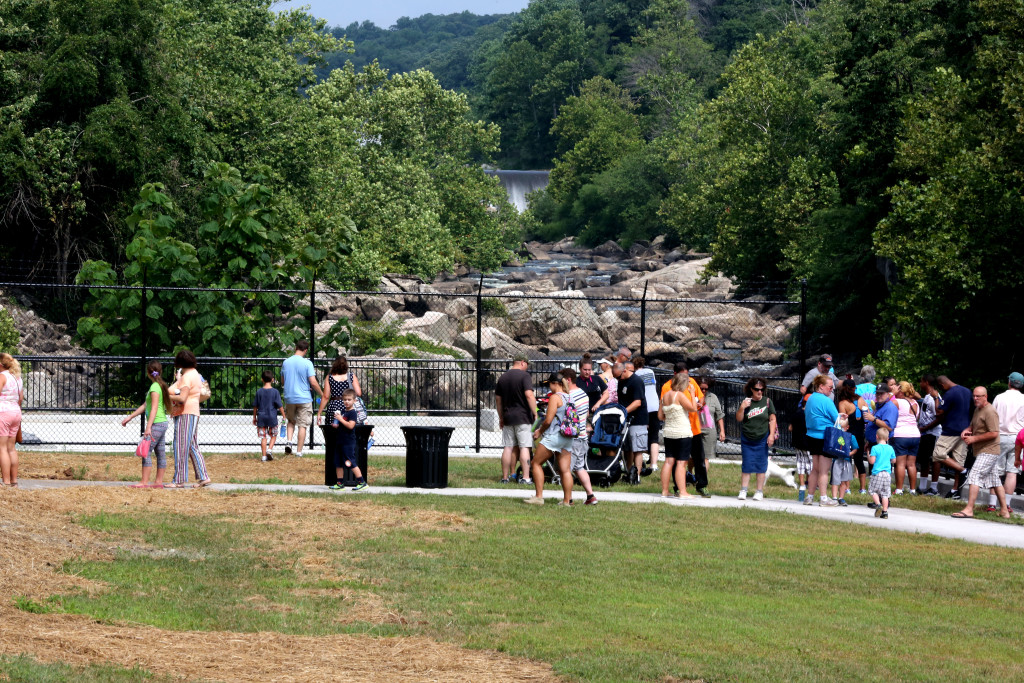 River Mill Park is now open in Occoquan. The 1.1-acre park officially opened this past weekend and includes green space, upgrades to the footbridge, an event pavilion, restroom facilities and an overlook area.

Vicky Somma, who grew up in Occoquan and is now raising her young sons there, said she’s pleased that the park is open. “I’m just happy that we have this nice little resource for my boys.”

Prince William County funded the construction of the park and its bathrooms with $1.45 million through its capital improvements program. Prince William Board of County Supervisors Chairman Corey Stewart said that building the park, which sits on the Occoquan River at the west end of the Town of Occoquan, was worth the cost. “There is no greater legacy, no longer legacy that a community can leave to its children and its grandchildren, than the construction of parks, the preservation of land and this beauty that will exist long after all of us are gone. All of this … makes Prince William County, the Town of Occoquan and this entire region such a better place to live; and that’s what brings in people. It’s what brings in jobs and it makes the quality of life for all of us and our families so much greater.”

The park sits on the old River Station Water Treatment plant that was decommissioned by Fairfax Water in 2007. Fairfax Water, which still owns the property, paid for the demolition of the plant in 2014. Removing the water tanks allowed for a view of the river, with its rocks and a waterfall, that people haven’t been able to see since the treatment plant opened. Prior to Fairfax Water’s ownership, the land played a “significant role in the town’s history as it related to grist mill and iron furnace operation,” according to the Town of Occoquan’s website. The town is now leasing the land from Fairfax Water and will manage and maintain the park.

Occoquan Mayor Elizabeth Quist said the park is an asset to the town that will serve residents from around the area. “The open space that it provides for us is wonderful because we don’t have a lot of that. It’s going to be the anchor for the west end of town to allow us all kinds of programming opportunity,” she said. “River Mill Park is a shining example of what we can accomplish by collaborating to make our community better. It is our hope that this park will not only be a gathering place for the Town of Occoquan community, but also a well-loved attraction for the entire region.”