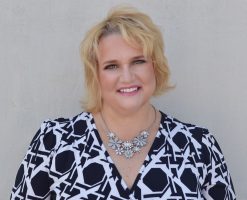 Pay inequality hit the world stage at the 2018 Oscars. Host Jimmy Kimmel brought up a 2017 pay scandal in his opening monologue retelling the story of how actor Mark Wahlberg was paid $1.5 million to reshoot his scenes in the movie “All the Money,” while actress Michelle Williams was paid an $80 per diem that totaled about $1,000. You can read the whole account here: usatoday.com/story/life/people/2018/01/09/exclusive-wahlberg-paid-1-5-m-all-money-reshoot-williams-got-less-than-1-000/1018351001/.

The issues surrounding this movie, as well as the overall discussion of pay inequality, are larger than there is space for in this post. Gender pay differences are driven by career choices, experience, time in and out of the workforce, and a host of factors. Let’s put that aside and talk about apples-to-apples experiences and how time and again women and minorities are paid less than white men for the same jobs. (Yes, I just singled out white men, but it’s for statistical reasons. Everyone deserves fair compensation for work. I’m not suggesting or even thinking that white men should suddenly make less money.)

Pay inequality is also an issue here in the DC metro area. You can look up your specific congressional district’s pay gap here: aauw.org/resource/gender-pay-gap-by-state-and-congressional-district/.

When people are paid less than their peers for the same work, they have a harder time paying their bills and securing a future for themselves and their families. Additionally, when a worker is paid less at the start of her or his career, that pay disparity continues for years, resulting in a lifetime of lost wages. Pay inequality also devalues employees. Recent employee satisfaction research has shown that employees are more likely to remain at a job where they feel valued. Pay and value are linked.

Recognizing pay inequality issues is a huge first step to making change. This issue, like so many problems. is not something that will be solved overnight. Government organizations and companies are taking a leadership position from which others.

The American Association of University Women (AAUW), along with Washington, D.C. Mayor Muriel Bowser, “launched a large-scale grassroots initiative to teach 15,000 women by 2022 to negotiate their salaries and benefit packages with confidence.” You can learn more about this program as well as AAUW salary programs in other areas here: salary.aauw.org/dc/.

Awareness, conversations, willingness to change, and leadership are the tools needed to improve working conditions in our communities. With so many skilled employees in the DC metro area, it would be empowering for our communities to lead the change. Imagine the value of that.

Melissa Davies is an executive leadership coach and facilitator as well as the author of How Not to Act Like a BLEEP at Work.  She resides in Prince William County and runs Wise Ways Consulting, which specializes in leadership, management and team development, executive coaching, group facilitation and high-engagement training.  She can be reached at [email protected] or through wisewaysconsulting.com