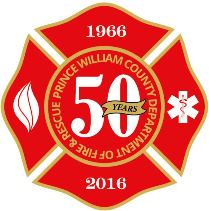 On Wednesday, March 30, at 2:37 p. m., fire and rescue crews were dispatched to a structure fire in a single family home located in the 16300 block of Poplar Hill Road in Haymarket.

Upon arrival, fire and rescue units observed the home fully engulfed in flames with extension to vehicles on the property. Firefighters were informed that all occupants were safely out of the home as they commenced defensive operations. PWL Due to the location of the home, a rural water supply operation was initiated for a water supply. Tankers shuttled water to the site, enabling firefighters to begin an exterior attack to bring the fire under control and extinguish it. Mutual aid was established and provided by Loudoun and Fairfax County Fire and Rescue.

Red Cross was called to the scene to assist the occupants, two adults, displaced by the fire.

According to the Fire Marshal’s Office, preliminary damages are estimated at a total loss.

The fire is currently under investigation by the Fire Marshal’s Office with assistance from the Bureau of Alcohol, Tobacco, Firearms and Explosives (ATF).

Prince William County Fire and Rescue Chief Kevin McGee would like to remind residents that smoke alarms save lives (pwcgov.org/SmokeAlarms). You double your chances of surviving a fire when you install working smoke alarms in your home.

Proper maintenance of smoke detectors can cut the chances of dying in a house fire significantly.