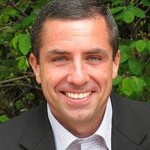 With Medicaid becoming a topic of discussion during the 2013 Virginia General Assembly session, Prince William Chamber of Commerce President & CEO Rob Clapper made the following statement:

“The Prince William Chamber supports reforms that would make the Commonwealth’s Medicaid program sustainable.  Given that Virginia taxpayers are already paying into healthcare reform via taxes levied as part of the Affordable Care Act, it makes sense to take advantage of Medicaid reform.  To not do so would mean that about $10 billion in our taxpayer dollars would go to fund coverage extension in other states.

This is money that could instead fund areas critical to our continued economic success, such as transportation and education. By approving the reform and extension plan, those taxpayer dollars can remain in Virginia, benefitting all those who live and do business in the Commonwealth.”