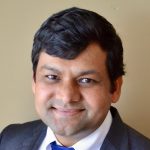 Jewan Tiwari is President of the Nepalese American Forum for Political Empowerment (NAFPE), a Realtor and a small business owner/CEO of Prime Estates Inc., and Arbina LLC. He has been appointed by Gov. Ralph Northam to serve on the Virginia Asian Advisory Board (VAAB). The board is charged with advising the governor on economic, professional, cultural, educational and governmental links between state government and the Asian American community.

“It’s an honor and a privilege to serve the commonwealth,” Tiwari said. “We’ll continue to ensure that the government is given the best advice possible to create a stronger sense of inclusion in Virginia’s governmental process.”

The VAAB serves at the pleasure of the governor. They advise the governor on issues of Asian American and Pacific Islander (AAPI) interest so that the administration can best serve the AAPI constituents. The VAAB is directly authorized in the Code of Virginia (§ 2.2-2448).

According to the 2000 U.S. Census, the Asian community comprises approximately 3.7% of Virginia’s population. At the national level, the Asian community comprises approximately 4.3% of the total U.S. population – about 12 million people. This number represents an increase of 63% from the 1990 census, making Asian Americans the fastest growing major racial/ethnic group in the U.S. in terms of percentage growth.

Tiwari is also past President of America Nepal Society and is actively engaged in community services. He is a member of Virginia Association of Realtors and local and national trade associations. Jewan Tiwari migrated to the U..S from Nepal in 2004. He currently lives in Manassas with his spouse Himali Tiwari and their young son and daughter.