The Prince William County Bar Association is truly honored to have six members of the local bar association receive judicial appointments between June 2020 and July 2021. Due to public health and safety guidelines in place in response to the COVID-19 pandemic, the Bar was not able to host traditional investiture ceremonies for these newest judges.  The PWCBA is pleased to introduce these judges to the community they serve 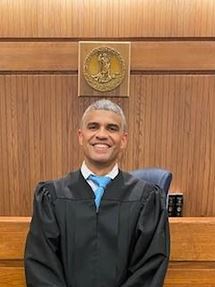 Jacqueline Lucas was appointed to the Juvenile & Domestic Relations District Court of the 31st Judicial District (Cities of Manassas, Manassas Park & Prince William County) on July 1, 2020. Judge Lucas grew up in Prince William County and graduated from Unity Reed High School in 1995. She received her undergraduate degree from the University of Virginia in 1999 and her Juris Doctorate degree from North Carolina Central University School of Law in 2002.

At the beginning of her law career, Judge Lucas worked as a legal aid attorney with Rappahannock Legal Services.  She represented low- income clients in matters such as custody, visitation, landlord/tenant, and social security administrative hearings. Prior to her appointment to J&DR, Judge Lucas was a Senior Assistant County Attorney at Prince William County Attorney’s Office. She represented the County on matters on all levels of the Prince William County courthouse, as well as administrative hearings. She handled a variety of assignments to include employment, child dependency, behavioral health, public safety and various other areas of local government administration and policy. 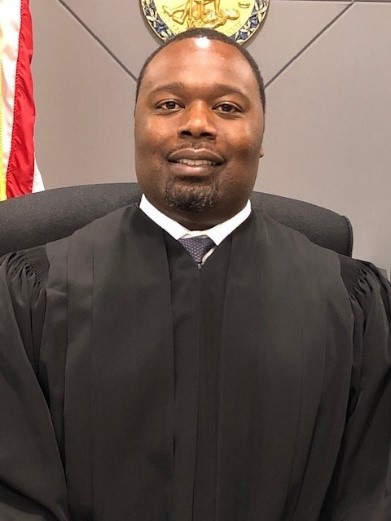 The Honorable Ché C. Rogers is a presiding judge in the Thirty-First Judicial District of Virginia in Prince William General District Court. Judge Rogers concentrated his practice in criminal defense as a solo  practitioner prior to his judicial service. He represented defendants with violent and non-violent felonies, misdemeanors, and traffic related misdemeanors at the trial court and appellate levels.

He was awarded the General District Court Trial Attorney of the Year in 2017 by the Prince William County Bar Association.  His proudest work is being a member of the indigent-defense bar in the Prince William General District and Circuit Courts. In those courts, he has defended individuals charged with serious offenses like murder, rape, robbery, aggravated malicious wounding and other offenses that carry a maximum sentence of life imprisonment. 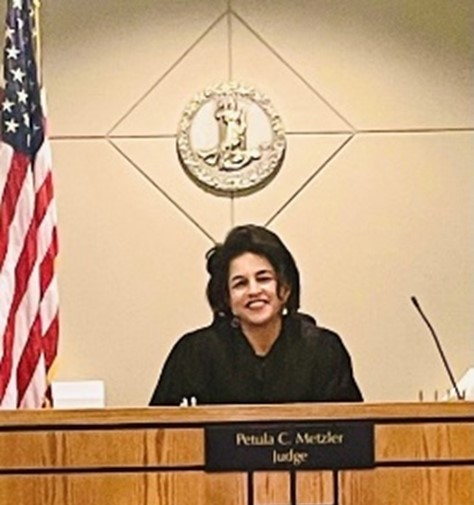 Metzler was president of the Prince William County Bar Association. She also served on the distinguished faculty of the Virginia State Bar Harry L. Carrico Professionalism Course. Metzler was honored by George Mason University as a “50th Anniversary Exemplar” and recognized by GMU as one of its fifty outstanding alumni. Members of the class included leaders in law, medicine, technology, politics, economics and the arts.  She delivered the commencement address at George Mason University in December 2017.

Metzler received her law degree from Catholic University Columbus School of Law and her B.A., in English, with distinction, from George Mason University.  Metzler is a veteran of the U.S. Army, has served as a hospice volunteer, is a former officer in her local Kiwanis Club, and she will talk to you all day about the joy of having been a foster parent.

Jane Reynolds was born and raised in the inner city of Alexandria, Virginia. Her mother was a home daycare provider and her father a bus driver and train operator for Metro.

While in high school she ran track and played basketball and after college, continued her love of sports playing women’s full contact football for the D.C. Divas, earning the title of Most Valuable Player for offense her first year.

She received her Bachelor of Arts from Norfolk State University, Master of Arts from Marymount University and her Juris Doctor from American University, Washington College of Law.  While in law school, she worked for a fortune 500 company as a law clerk. Upon graduating from law school, Mrs. Reynolds immediately hung out her own shingle and started a small law firm where she practiced both civil and criminal litigation and family law. She also served as Vice Chair of the Prince William County Board of Elections for 6 years. 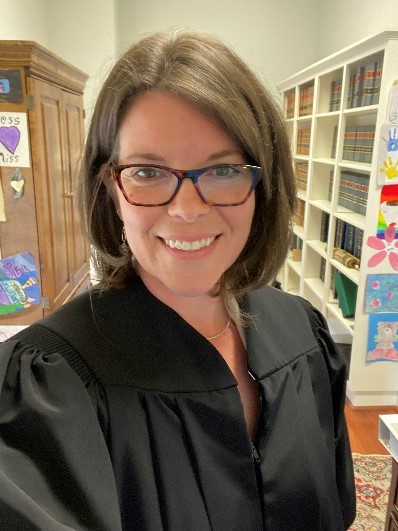 Jessica Harbeson Foster was commissioned as a Judge of the General District Court of the 20th Judicial District (for Fauquier and Rappahannock Counties), effective July 1, 2021. Before taking the bench, Judge Foster was a partner at Foster McCollam Wright where she practiced criminal and family law. Judge Foster attended Northern Virginia Community College, George Mason University, and Thomas M. Cooley Law School. During law school, Judge Foster clerked at the Prince William County Commonwealth Attorney’s office. Upon her admission to the Virginia Bar, Judge Foster was hired as an Assistant Commonwealth’s Attorney in Frederick County, Virginia to prosecute crimes against women. From there she went into private practice with a Manassas law firm before she opened her own solo practice in 2015.