“We are pleased to learn that last year the Prince William County tourism economy continued to expand to $618 million and that our 4.5% growth leads the region,” said Corey Stewart, Chairman At-Large, Prince William County Board of Supervisors. “The county has recently benefited from over a hundred million dollars in private industry investment that has created new hotels, jobs and experiences such as Farm Brew Live and Sweeney Barn, and new retail, event venue, and entertainment choices that benefit visitors and residents alike.”

“Tourism enhances the county’s image as a dynamic place to visit, live and work,” said Ann Marie Maher, Director of Tourism for Prince William County. “It strengthens our economic position and provides opportunities for County residents they would not otherwise have.”

Prince William County has increased its hotel room inventory by nearly 3,000 hotel rooms over the last ten years. Five hotels, recently opened or that are currently under construction, with others in the development stages, will bring the County’s total hotel room supply to nearly 5,000 in the next several years. The craft beverage scene has also expanded from one winery in 2009 to more than 15 breweries, wineries, tasting rooms and distilleries today.

According to the U.S. Travel Association, tourism in Virginia generated $25 billion in travel spending. Tourism also supported 232,000 jobs in the Commonwealth and $1.73 billion in state and local taxes.

“Virginia’s tourism industry is an important diversifier for our economy as it continues to grow and flourish in multiple regions of our Commonwealth,” said Governor Ralph Northam. 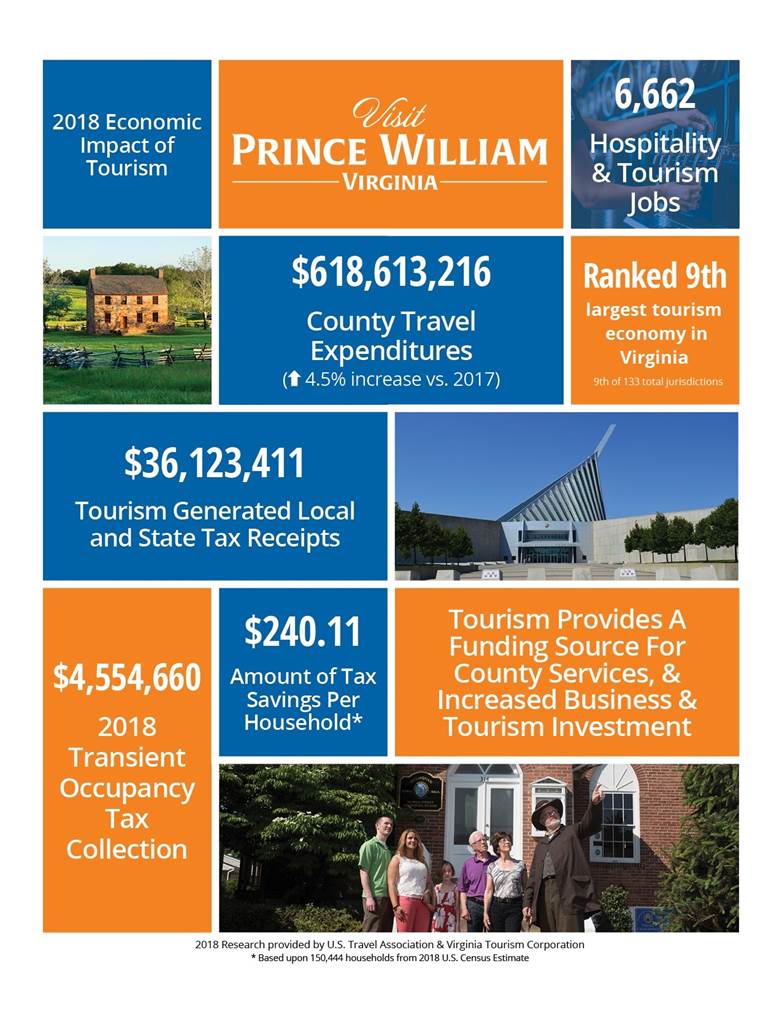