When Prince William Living launched its first Influential Women Awards five years ago, we quickly realized that this initiative resonated with readers. Entries poured in, and the issue announcing the inaugural winners was one of our most-read to date.

This year was no different. Choosing just five women from the impressive entries was no easy task for our judges, all past winners themselves.

Although Prince William is home to many women who give their time and talent to improving their
neighborhoods, schools and communities, these five women stand out from the crowd and serve as
inspiration to others: Betty Dean, Lori Leary, Detra Moorman, Sarah Pitkin and Corliss Udoema. 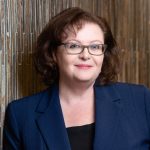 A Woman with a Plan: Betty Dean

“When people use terms like ‘pillar of the community,’ Betty Dean is who they have in mind,” said Sheyna Burt, one of Dean’s nominators. “When Betty identifies a need, she commits herself entirely to seeing that the need is met. Often that means dedicating her own time and talents to the endeavor. It also means empowering others to identify and use their own abilities to improve the community.”

Dean has held numerous titles: chairman of the board of the Prince William Chamber of Commerce and co-chair of its strategic planning committee; immediate past president and current vice president of the Greater Prince William Coalition for Human Services; co-founder and president of Occoquan River Communities; member of the board of directors and chair of the communications and awards committee of People Inc.; and past secretary and service chair of Rotary Club of Lake Ridge.

Dean grew up in Wilkes-Barre, Pa., and then moved to Wilmington, Del., where she met her husband Barry in 1999. “We were engaged to be married and house-hunting inside the beltway in early 2000, and it was exhausting.” she said. “One of Barry’s colleagues had told him that the town of Occoquan would be a nice place to visit. We drove to Occoquan as tourists and left knowing we had found our home together.”

She spent the next 13 years leading communications and development efforts for Didlake, a Manassas-based nonprofit that creates opportunities to enrich the lives of people with disabilities. “My previous career had been in financial services, but now I was going to work every day thinking about how to create opportunities for people with disabilities,” she said. “The more I got involved in furthering that mission, the more personally fulfilled I felt. From there, it was very natural to expand on that work by getting engaged in other ways. I guess it has kind of snowballed.”

Jo-Ellen Benson, another nominator, worked with Dean developing a strategic plan for another nonprofit. “She is an inspiration just by example,” said Benson. “Her kindness and caring for others and for her community is genuine. There is nothing pretentious or phony about her, and that is refreshing in today’s world. Her volunteerism and leadership are something to aspire to, not to mention her incredible knowledge and willingness to share her knowledge so that we all better understand the issues and topics being discussed.” 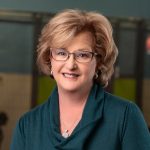 Lori Leary, president and founder of the Prince William Humane Society, didn’t set out to be an animal advocate. Although she has always loved animals, the Las Vegas native had a solid career in financial investigations before tragedy struck.

“I lost my puppy, Lucas, tragically to a drowning on Jan. 25, 2005,” said Leary, who has lived in Prince William since 1992. “I was heartbroken and felt that his loss should not be in vain, so I began saving other dogs lives in any way I could.”

She fostered, rescued and drove homeless pets up and down the East Coast to place them in new homes, but realized that unless more pet owners spayed or neutered their pets, the high euthanasia rates at local animal shelters would never decline. “I eventually decided to form a nonprofit to help low-income pet owners spay/neuter their pets. I created Let Us Consider Adopting Strays (LUCAS) with a friend in 2006 and held fundraising events to subsidize spay/neuter services for a few years.”

Since the society’s establishment in October 2012, more than 1,300 pets have been rehomed. “Results, that is why Lori Leary is a woman of influence in Prince William County,” said Supervisor Jeanine Lawson, R-Brentsville. “Lori has shown passion, perseverance and leadership in her quest to provide better treatment of homeless animals in Prince William County. Lori’s influence helped secure a new animal shelter and create an offsite adoption center run by the PW Humane Society.”

Leary said the tragedy led her to find her true calling. “I love living in Prince William County, and I love animals,” she said.“The best days I have are when I get to play matchmaker at the
Adopt Shop, introducing potential adopters to our wonderful cats and dogs. I get to know a little about them and what they are looking for in a pet and then watch in delight as they get to know their next fur baby and witness their joy as they sign the adoption contract and get their picture taken. I feel like
I’ve made a difference in their lives, and I know I’ve made a difference in the pets’ lives.” 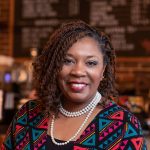 In Swahili, Jirani means neighbor or neighborhood. In Manassas, it means a 3,200 square-foot space that serves coffee and the community. The force behind this community hub is Detra Moorman.

“Incorporating her career experience into the opening of her Jirani Coffeehouse in March 2016, Detra has
impacted Greater Prince William by pouring her time, knowledge, wisdom, networks, expertise and—most importantly—her love for the community together to build this community serving experience that is way more than coffee, it is community,” said nominator Kevin Williams.

Moorman, originally from Oxford, Miss., has lived in Prince William for more than 20 years. She moved here in pursuit of an IT career but stayed to build a family. Although she credits her husband, Ken, with the vision of the community coffeeshop, she has tapped into her love of community to create a space where people stop by for more than just a cup to go.

“We’ve coined the phrase: coffee, community and the arts,” she said. “All of those things make Jirani what it is.”

Under Moorman’s guidance, Jirani hosts a multitude of community-building events, including:

“Detra is deeply committed to generating, organizing and marketing many arts-centered and community-based events and programs through her outreach at Jirani Coffeehouse,” Williams said. 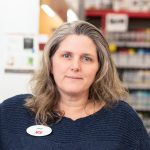 Caring for Others: Sarah Pitkin

Longtime Prince William resident Sarah Pitkin may have left the region to pursue her education, but her heart has always remained in Prince William.

“I was in the first four-year class at the Thomas Jefferson High School for Science and Technology. Back then it was a long-distance phone call for us to call friends who lived in Fairfax County,” she said. “When I went away to college, I was the kid who would call home and ask how to get home because, truly, the roads in Prince William County were changing so fast.”

She earned a bachelor’s degree from the College of William and Mary, a master’s in education from Vanderbilt University and a doctorate from Kent State University. During a summer in college working at Camp Tapawingo, she found her calling: supporting and advocating for people with disabilities. After 10
years away, she came home to join the family business, Pitkin’s Home Center, and continued supporting people with disabilities at work and as a volunteer.

“We hire people based on what they can do, not what they can’t do,” she said. “When the challenges we face every day are met with a bit of compassion and consideration, everyone benefits.”

With that mission, she has taken on leadership roles with a few local nonprofits. She is the board treasurer of Didlake Inc., which works with people with disabilities of all types to “create opportunities for persons with disabilities” by finding them employment. She is the board secretary of The Arc of Greater Prince William/INSIGHT, an agency that provides day care, recreation, therapeutic services, employment services (including Spin-a-Web weaving shop in Occoquan) and residential services for people with intellectual and/or developmental disabilities. She is a member of the Potomac Health Foundation board of directors, which annually provides local nonprofits approximately $5 million in funds that are used for community health purposes. She is also board president of the Virginia Retail Merchants Association, treasurer of the Pennington Traditional School and a 2011 graduate of Leadership Prince William.

“Sarah devotes countless hours to community service,” said her husband and nominator Jason Hickman. “She has made me a better person because of all that she does for me, for our kids, and for the community. She does this without ever seeking any recognition. She does it because of who she is.” 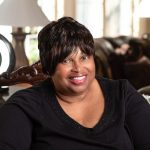 Kisha Wilson-Sogunro said Corliss Udoema lives by the mantra, “To whom much is given, much is required.”

“Whether she is leading the charge for the Hope in a Bag project, offering hygiene kits to the homeless, providing resources that teach tech skills to seniors, or mentoring a host of entrepreneurs, she is a genuine community champion,” said Wilson-Sogunro. “Ms. Udoema is a true inspiration in service and sharing with others. She is transparent about her business successes and enjoys the fruits of her labors, remaining humble by knowing that it is not how her business succeeds that impacts her life, but the impact she is privileged to have on the lives of others.”

Udoema is the president/CEO of Contract Solutions Inc., which was selected as one of the 5,000 fastest growing private companies in America by Inc. magazine in 2017 and 2018, as well as one of the 2018 top 50 fastest-growing companies in Virginia. She is a board member at the Serve Our Willing Warriors Retreat at Bull Run, which provides a much-needed break for recovering service members and their families who are being treated at military hospitals in the National Capital Region. She also serves on the Prince William County Government Council where she mentors entrepreneurs and contractors during monthly meetings by guiding them through new best practices for networking as well as the latest trends and regulations associated with creating mutually beneficial partnerships with local, state and federal agencies.

Udoema said her purpose is in serving others. “How can I be here and breathe air and not help someone?” she asked. “ It is in my DNA. I don’t know how not to do that. It is who I am.”

She started her Hope in a Bag project on Thanksgiving Day 2009. Udoema said she loves to cook, so instead of asking guests to bring food for the feast, she asked for contributions for residents at a nearby homeless shelter.

When Hurricane Florence hit her hometown of New Bern, N.C., she knew she needed to help. With support from Prince William small businesses and friends, Udoema and three others departed with thousands of pounds of food, along with clothing and gift cards.

“She transformed her own home into a donation center,” said Wilson-Sogunro. “She leveraged partnerships with the City of Manassas, Prince William County Senior Center, the Manassas
Boys and Girls Club and the local chapters of the Girls Scouts.For monthly service projects, volunteers sorted and bagged soap, shampoo, shaving cream and snacks to help those in need.”

She also founded Wisdom Meets Technology (WMT), which provides interactive computer literacy classes for senior citizens. A class is currently ongoing at the senior center in Manassas as a result of a partnership with the City of Manassas and the Prince William Area Agency on Aging.

“She has found time to serve her community and remains committed to her faith as she serves as a minister at Mount Olive Baptist Church in Centreville, Va.,” Wilson-Sogunro said.

Register now to celebrate our most influential women and network with successful people in our area!