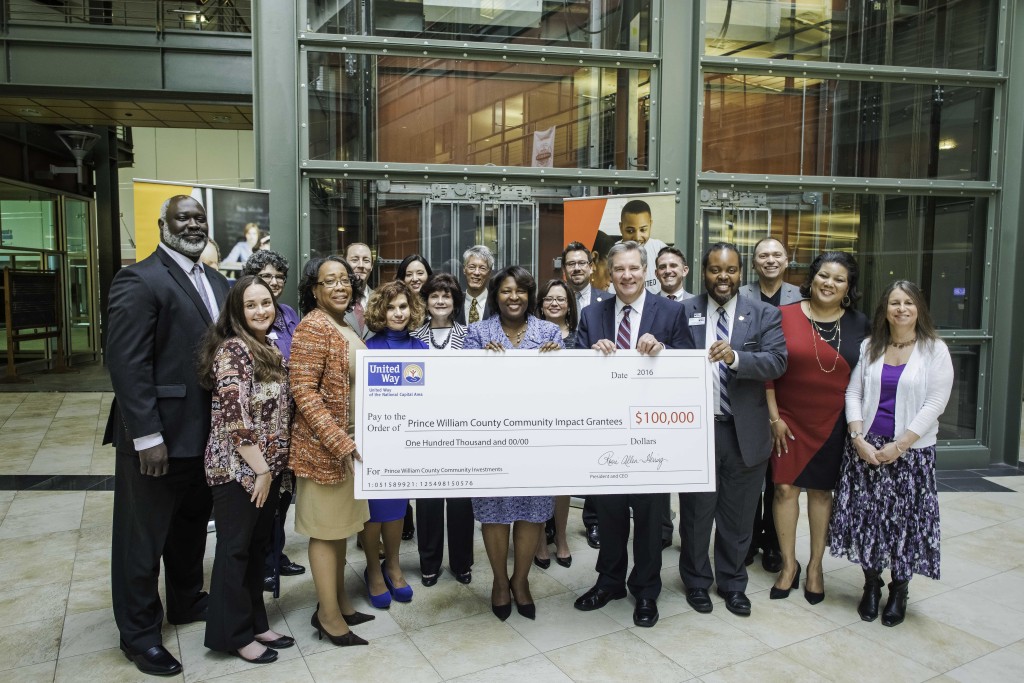 Recipients of the 2016 United Way Grants

The grants being awarded are part of United Way NCA’s new Community Commitment, a $10 million dollar investment to address the education, financial stability and health of residents throughout the Capital community over the next five years. PWL  Individual contributions by United Way NCA supporters and our Community Impact grants have resulted in an investment of $450,000 in Prince William County over the past year.

“United Way NCA’s Community Impact grant process helps us to focus our investments to create maximum impact in the areas of greatest need in our community. With our nonprofit partners, we are preparing more of our youth for lifelong health and success, and helping more families to break the cycle of homelessness and become financially stable,” said Rosie Allen-Herring, President and CEO, United Way NCA.

Recipients of the annual Community Impact grants are determined each year through a competitive process facilitated by volunteer committees of local citizens and United Way NCA Regional Council members.

United Way NCA’s Community Impact grants to nonprofit partners are awarded thanks to the support of employees participating in 700 workplace-giving campaigns at more than 3,000 locations throughout the Capital community. All donors to United Way NCA have the option of directing their workplace giving pledge to the Community Impact Fund for any of United Way NCA’s eight regions: Alexandria, Arlington, District of Columbia, Fairfax/Falls Church, Loudoun, Montgomery, Prince George’s and Prince William counties.