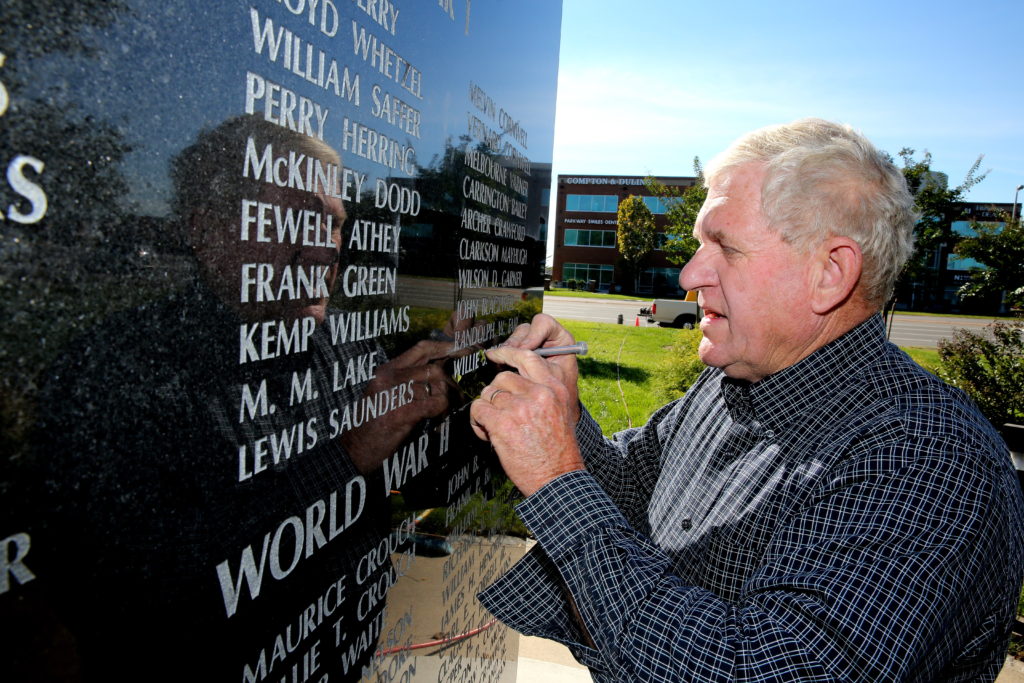 H. Wayne Parker, of H.W. Parker & Son Monument Company, engraves Willie Samuel Brown’s name on the War Memorial in Freedom Park at the County Government Center. Brown was a laborer residing in Dumfries when he was registered on June 5, 1917, to join the military service to fight in World War I. He was a Private assigned to the 9th Infantry Regiment on July 26, 1918, when he died as a result of wounds he received in a battle in France. Prince William resident Dan Gates found that Brown’s name was absent from the monument and brought the matter to the attention of county officials who verified Brown’s sacrifice and made provisions to add his name the monument.