Even if you’ve lived in an area for a while, it can be easy to forget what it used to be like. You may not recall the farm where a subdivision now is or the airport that a shopping center replaced. 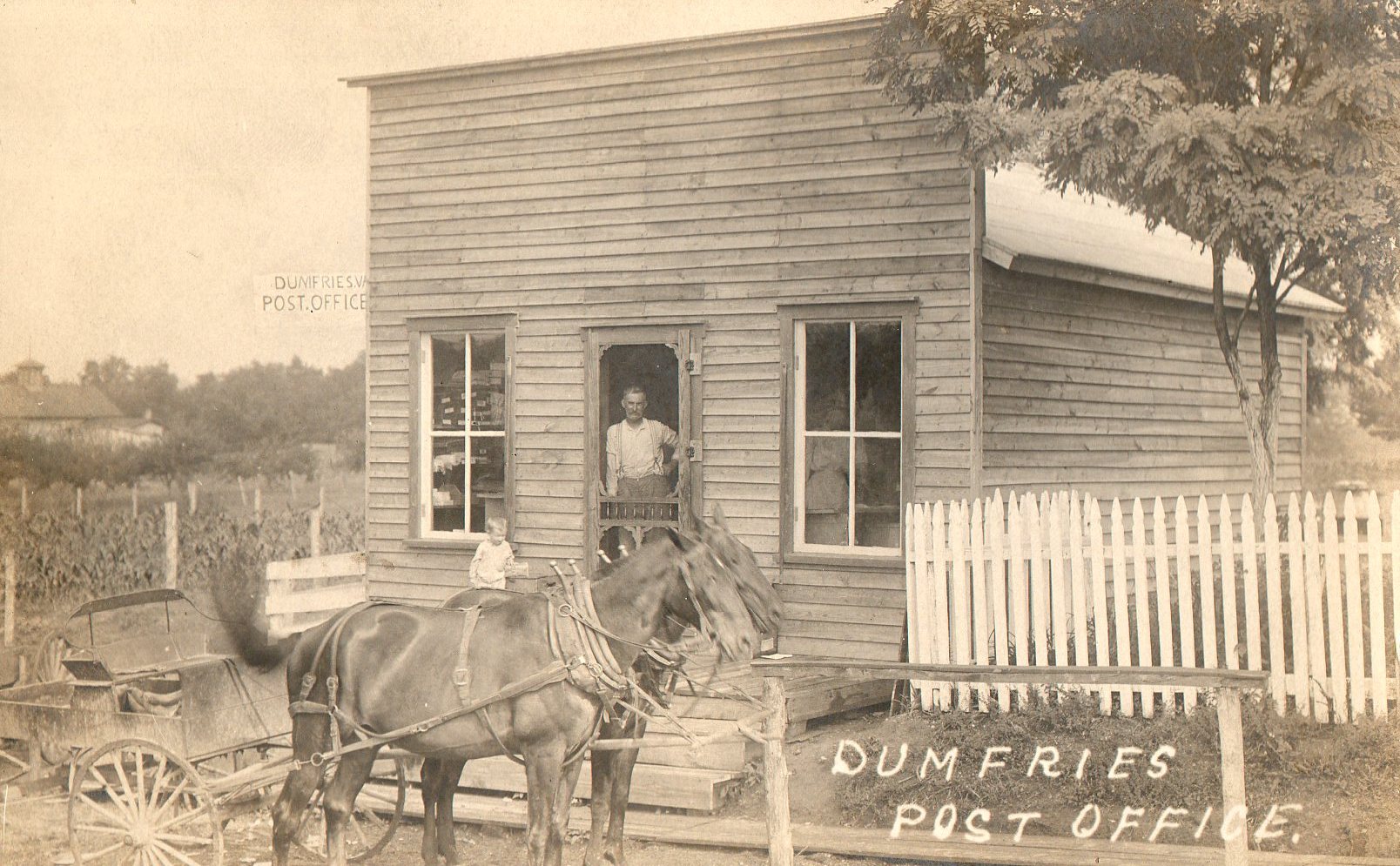 In greater Prince William, we have seen lots of changes. Formed with land from Staﬀord County in 1731, Prince William County included not only its present territory, but the counties of Fairfax, Loudoun, Arlington, some of Fauquier and the city of Alexandria as well.

Within the current county boundaries, several incorporated towns and even two independent cities—Manassas and Manassas Park—add to the fabric of the community. Decidedly rural in character, Prince William remained that way for decades until  the mid-20th century.

Recalling a landscape much diﬀerent than today, longtime residents remember when Occoquan was the bustling hub on the county’s east side throughout the 1930s. One resident recalled Woodbridge having more hog farms than Manassas.

With the completion in 1964 of the Henry G. Shirley Memorial Highway, now I-95, the eastern end of Prince William was transformed from family farms into a suburban satellite of Washington, D.C. Less than 50 years later, the west side is  facing a similar situation as Haymarket and Gainesville boom with new residents.

To help tell the story of these changes, Prince William Living has gathered images depicting the community’s transformation over the years. Join us as we take a photographic walk down memory lane.

A 1919 photo of Jeﬀerson Davis Highway near Dumfries shows a muddy mess of a road that was not easily navigated. It was common for cars to get stuck in the mud, requiring the use of other vehicles or horses to pull them free.

The road was conceived in 1913 by the United Daughters of the Confederacy as part of a transcontinental highway running through the Southern states. At the time, it was common for private organizations to identify a route, name it and promote its use, according to the U.S. Department of Transportation’s Federal Highway Administration.

To eliminate confusion for highway travelers, the U.S. adopted a numbered highway system in the mid-1920s, replacing the myriad of named trails across the country. However, a lot of U.S. Route 1 in Virginia is still called Jeﬀerson Davis Highway.

Locally, the highway was not paved until 1927, the year it received its Route 1 designation. By 1933, only a handful of area roads, such as Occoquan Road and Routes 28 and 29, had been paved. 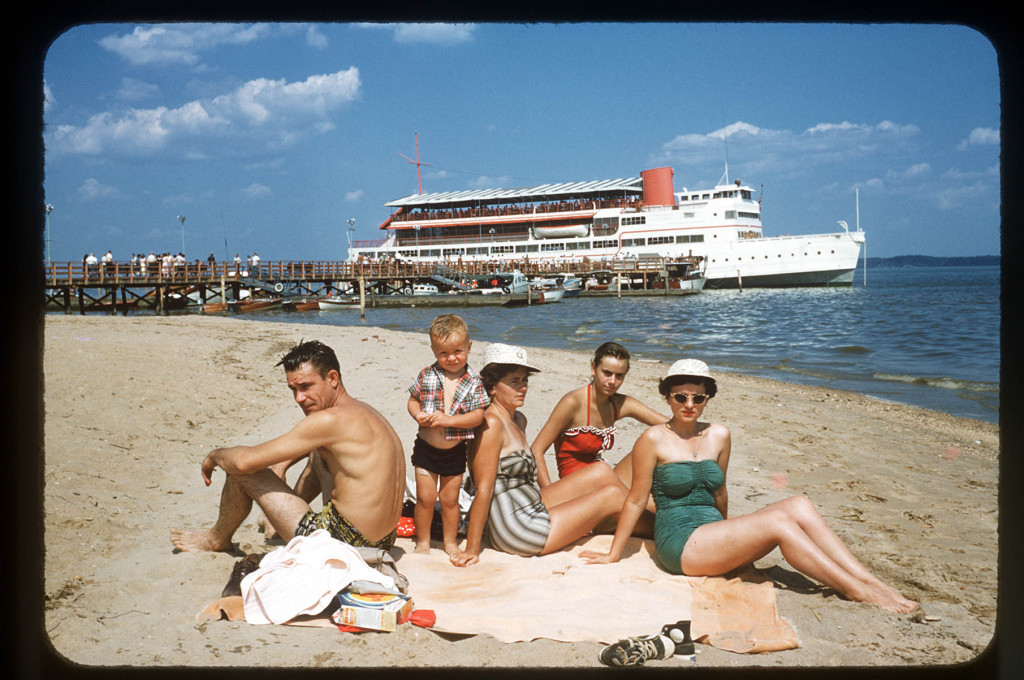 Although gambling was illegal in Virginia in the 1950s, J. Carl Hill ﬁgured out a way around the law. An old statute designated Maryland’s state line at the high water mark at Freestone Point, an area on the Potomac River between Dumfries and Woodbridge. Gambling was legal in Maryland at the time.

In 1957, Hill opened a ﬂoating casino, the S.S. Freestone, 300 feet oﬀshore and within Maryland’s jurisdiction. The 220-foot, four-deck moored boat, which patrons and staﬀ accessed by a wooden pier, featured 200 slot machines, a restaurant and a cocktail lounge with live music and dancing. The lounge also skirted the law because while legal in Maryland, selling liquor by the drink was illegal in Virginia.

Hill had ambitions plans for Freestone Point. The pier, a boardwalk, three swimming pools, snack bars, a parking lot for 2,000 cars and the beginnings of a children’s amusement park were built. However, despite the casino’s popularity, opposition to it grew. The Virginia and Maryland legislatures worked together to 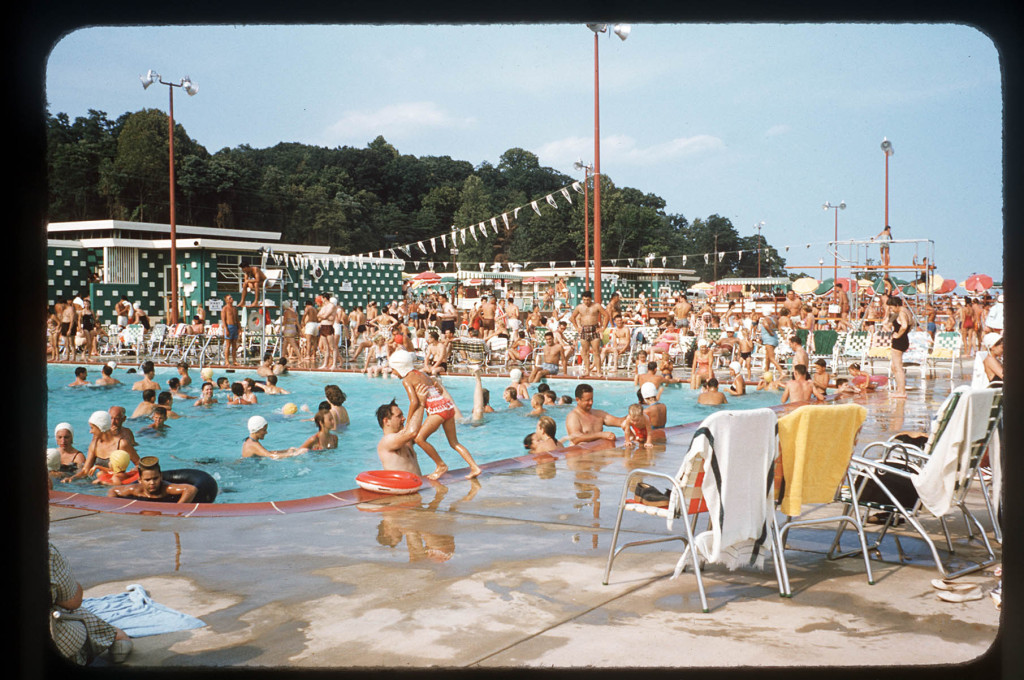 close all oﬀshore casinos along the Virginia shore. As a result, the casino shut its doors just two years after 0pening.

Families can still enjoy Freestone Point, which is now part of Leesylvania State Park. A ﬁshing pier exists where the old pier was. Instead of casinos, you will ﬁnd hiking trails, picnic shelters and group camping. In summer months, the public is invited to free concerts on the marina.Story Book Land 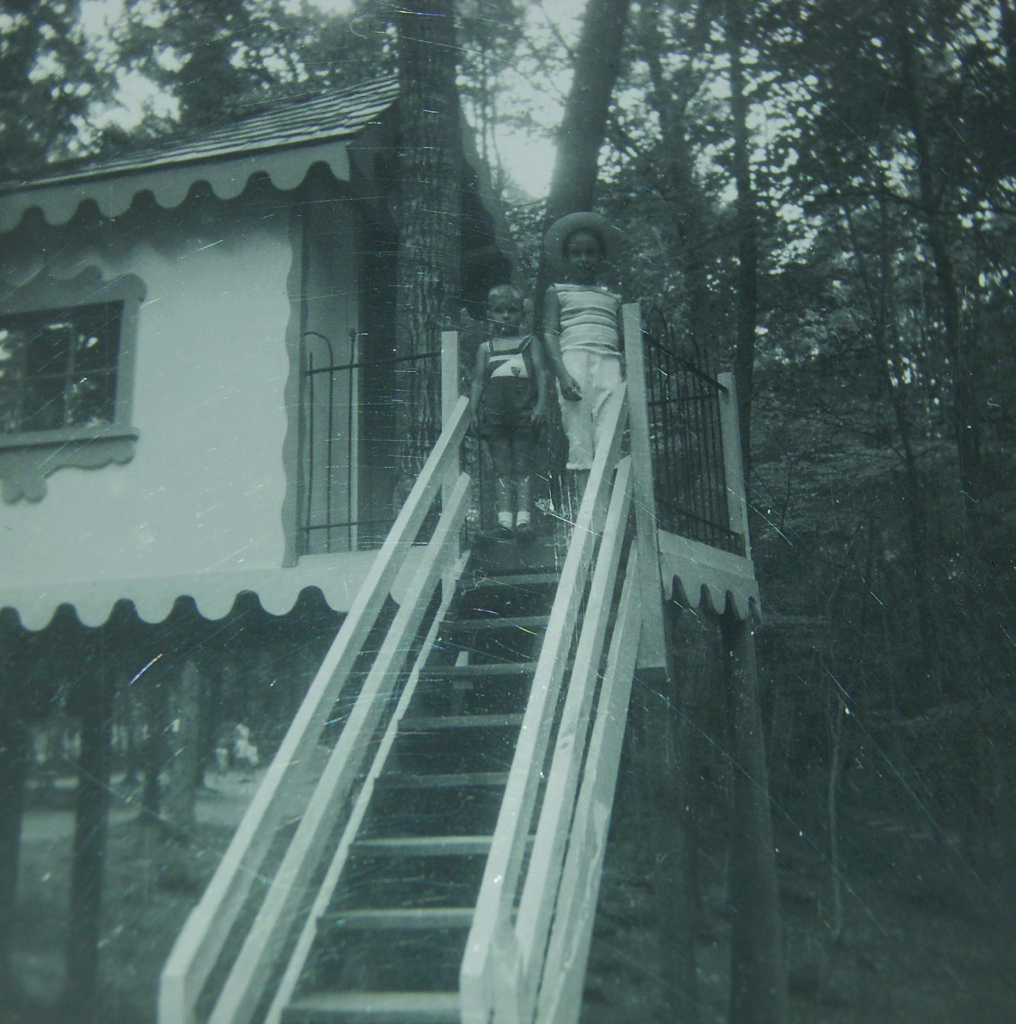 Before Kings Dominion and Bus Gardens, there was Story Book Land o Route 1 in Woodbridge.

From 1959 to 1981 many area families wandered across the “Billy Goats Gruﬀ” bridge into 10 wooded acres of sites based on Mother  Goose rhymes  and fairytales. Children could explore Ali Baba’s cave, walk through a crooked house, sit down next to little Miss Muﬀet and be a part of the stories.

Debra Harman of Woodbridge remembers visiting Story Book Land in 1960. It had been her dream to go to Disneyland, but this was much closer. Like many kids growing up in the 1960s, she was a “freak” for fairy tales, she said. However, the park wasn’t just about that. “They had rides. They had trains. It was exciting,” Harman recalled.

Although Story Book Land closed before Harman ever got a chance to take her own son there, she said she wishes he had been able to experience it, too. “It had a little magic to it,” said Harman.

The Puppet Company, based in Glen Echo, Md., tried transforming the old Story Book Land site into the “Whimsy Woods” in 1994, but could never raise the needed funds. The site is now an empty wooded lot next to a storage facility and has been cleared of all its magical old buildings. Yet the memories live on in all the children who visited there. The “Story Book Land Alumni” Facebook page has more than 5,400 members.

In the 1920s, Manassas wanted an airport but did not have the funds in its budget. So in 1931 a group of local investors paid about 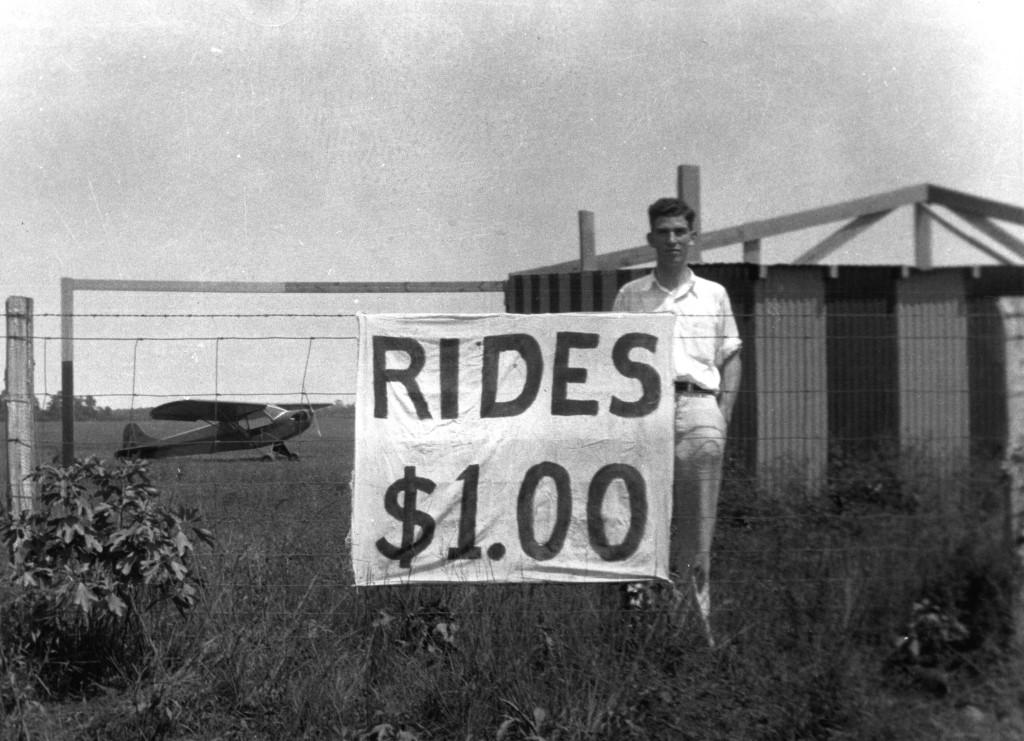 For 14 years Manassas paid $1 a year to lease the property and then ﬁnally purchased it outright in 1945. Facing encroaching development in the area, the town moved the airport in 1964 to its current site at 10600 Harry J. Parrish Blvd.

The new airport, which began with a single 3,700-foot paved runway, has greatly expanded. The public-use Manassas Regional Airport, also known as Harris P. Davis Field, now encompasses 888 acres, has two paved runways and is home to more than  400 aircraft.

The Manaport Plaza Shopping Center, located at Route 234 and Irongate Way on Sudley Road, sits on the site of the old airport.

The center’s name combines the city name with “airport” to reﬂect its history.

Iron Manufacturing was Occoquan’s first major industry, but it became known as a mill town in the second half of the 18th century. The 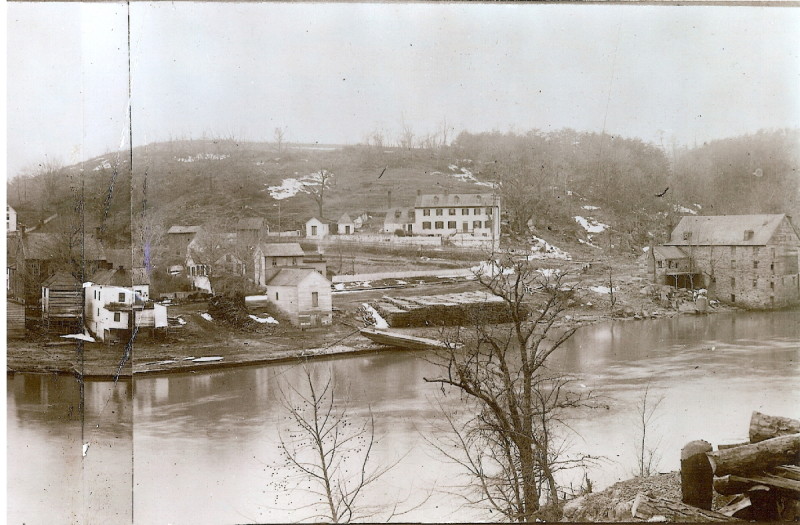 View of Occoquan Mill from across the river

heart of its mill complex, the main or merchants’ mill, continued in operation until 1924, when the main structure burned in a ﬁre caused by the Occoquan Electric Light and Power Company. Left in ruins for a time, the administrative mill house component was restored and today is the Mill House Museum, located at 413 Mill Street and operated by the Occoquan Historical Society.

If you enjoyed taking this journey back into the early days of Prince William, it doesn’t have to  end. Visit pwliving.com/timemachine to view more photographs of days past. Have photos you would like to share? Submit them, along with your name and a brief description, to editor@princewilliamliving.com.

Carla Christiano is a native of Prince William County, admitted history geek and a technical writer for Unisys. She can be reached at cchristiano@princewilliamliving.com.