Provided by Office of the Governor, Commonwealth of Virginia 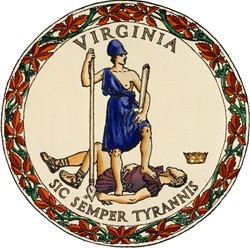 Governor Terry McAuliffe today announced that the Commonwealth has selected Express Mobility Partners to build express lanes on I-66 Outside the Beltway, following a 16-month procurement process. Express Mobility Partners, a consortium of Cintra, Meridiam, Ferrovial Agroman US and Allan Myers VA, Inc., will finance, design, build, maintain and operate the project under the Public-Private Transportation Act.
“This project will transform travel in the I-66 corridor and pave the way for additional multimodal options that will reduce congestion and commute times,” said Governor McAuliffe. “Both teams that submitted bids for this project met the criteria the Commonwealth set for it, but Express Mobility Partners’ proposal was the best for Virginia from both a technical and financial standpoint.”
The selection is the culmination of the first major procurement process to follow Virginia’s reformed Public-Private Partnership (P3) process, which was designed by the McAuliffe administration and the General Assembly to increase competition, accountability and transparency in P3 projects after several high profile problems.
Governor McAuliffe continued, “This project will benefit Virginia’s economy and our quality of life and it will be built at a $2.5 billion net savings for taxpayers thanks to reforms my administration has made with the General Assembly to our Commonwealth’s Public-Private Partnership process.  P3’s are a powerful tool for procuring new projects, but they only work if taxpayers’ interests are protected. The reforms we have established strengthened Virginia’s negotiating position for this project and helped us secure the right project for the right price for taxpayers.”
An analysis conducted using the P3 process that was in-place when the Governor took office estimated that the project would require an investment of between $900 million and $1 billion of public funding from Virginia taxpayers to secure a bid from a private sector partner. Following the reforms to the process and the Governor’s announcement that the Administration was willing to finance, build and operate the entire project without a private sector partner, Virginia received two bids that were far more financially competitive than the original analysis.
The proposal announced today will require zero public investment and will actually result in an upfront payment from Express Mobility Partners of $500 million to fund additional improvements in the corridor. Additionally, the comprehensive agreement will require Express Mobility Partners to pay $800 million for transit service in the corridor and $350 million in other projects to improve the I-66 corridor over the next 50 years.
Secretary of Transportation Aubrey Layne added, “I am proud to say that, under Governor McAuliffe’s leadership, Virginia has learned the lessons of previous poorly-negotiated projects and established a P3 process that is more competitive, transparent and accountable. Those reforms have strengthened Virginia’s negotiating position for this project and resulted in a significantly better deal for taxpayers. I look forward to overseeing the completion of this partnership agreement and undertaking this project so that Virginia families and businesses can benefit from reduced congestion and increased options in the I-66 corridor.”
The following are business terms between the state and Express Mobility Partners:
“VDOT has a strong track record in working with the private sector through the complexities of delivering a massive project safely, on time and on budget,” said VDOT Commissioner Charlie Kilpatrick. “The public will have more travel options and a reliable trip on I-66 Outside the Beltway. We have worked extensively on the environmental study of this project, so we have the right project that will yield the greatest benefits.  We are ready to deliver.”
Delegate Chris Jones said, “I am proud of the major bipartisan reforms we have made to the Commonwealth’s P3 process. These improvements have increased competition which will save taxpayer resources and result in better transportation projects that benefit our regions and the Commonwealth as a whole.”
Virginia Senator David Marsden added, “The Governor’s announcement on I-66 Outside the Beltway promises to make significant improvements to the quality of life and business climate for Northern Virginia.  I am proud to support the Governor’s historic bipartisan agreement reached during session to unlock I-66 and his P3 reforms which have allowed the Commonwealth and Northern Virginia to stretch transportation dollars to more and more projects. This Administration has handled our transportation policies and resources in a very responsible and forward thinking way.”
Supervisor Martin Nohe, Chairman of the Northern Virginia Transportation Authority (NVTA) and Prince William County Board of Supervisors said, “The Governor has partnered with Northern Virginia localities to transform I-66 Outside the Beltway. Today’s announcement is a game changer for our region as it will not only unlock I-66, but the increased competition of the P3 process which was championed and implemented by the Administration is going to result in huge savings that will allow us to make even more major transportation improvements throughout the region.”
VDOT is expected to sign a comprehensive agreement with the team in early December, with financial close in mid-2017. Project construction to begin in 2017 and the express lanes will open to traffic in mid-2022.
Transportation Secretary Aubrey Layne will give a detailed update on the project to the P3 Advisory Committee Meeting Briefing later this afternoon from 3:00 p. m. to 4:00 p. m. in the VDOT Central Office Auditorium, 1221 East Broad Street, Richmond, Virginia. There will be no public comment. The meeting will be live-streamed here.
For more information, please visit transform66.org.
Share. Twitter Facebook Google+ Pinterest LinkedIn Tumblr Email
Previous ArticleDepartment of Transportation Wants Your Comments on Route 1 Project
Next Article Mock Election at Beville Middle School — Who Won?