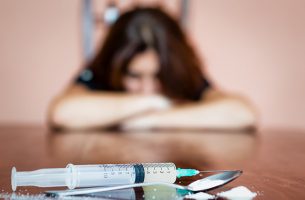 In hopes of preventing more deaths like these in the county, several public safety personnel have been trained through the state’s REVIVE! program to teach others how to administer the life-saving drug Naloxone. Naloxone, the generic name for Narcan, can revive people who have overdosed on opioids, which can include oxycodone, hydrocodone, fentanyl, carfentanil, heroin and others.

Administering Naloxone might save those who are in danger of exposure to opioids that can be transmitted through inhalation or skin contact, especially with fentanyl and carfentanil, which are much stronger than heroin.

The REVIVE! training is funded by the state and will help prevent some of the deaths from opioid overdoses, Depoy said. “The key thing is… we’re going to save lives. If we have Naloxone, and someone overdoses, we can save them. I think it’s a great program. I hope we never have to use it, but if we do, we’re going to be ready.”

REVIVE! was implemented at the ADC due to the high risk of staff encountering illicit drugs when inventorying inmate personal property, and searching mail and inmates, according to Major Amanda Lambert, director of support services at the jail.

“Because of the increase in overdoses in our community, we must consider the possibility of someone that is placed in our custody to have used a drug that contained fentanyl or carfentanil.  Administration of Naloxone by a trained staff member under the REVIVE! program is a tool available to staff to save a life in the event of exposure,” Lambert said.

People at the Prince William County Office of Criminal Justice Services receive training for much the same reason. There is a distinct possibility that they could come into contact with opioids during their home site visits, Lambert said.

The Prince William Police Department has started equipping officers with Naloxone this month. Police 1st Sgt. James Robertson, said that 36 police officers from the department received REVIVE! training and are carrying Narcan on the street.  In early December, the REVIVE! Program will be coming to the Criminal Justice Academy for a train-the-trainer course. Those officers who attend the course will then begin in-house training for other officers in mid-December. “By the end of February, every police officer will have the training. This will allow our officers to be safe and potentially save lives of those in our community.”

Fire and Rescue personnel learn to administer Naloxone in their regular training, according to Lt. Robert Moreau. “All of our personnel are already allowed to administer Narcan, as long as they have an EMT certification and they’re endorsed by the county’s medical director.”

Opioid addiction in Virginia has risen to crisis levels and the state is under a public health emergency, according to the Virginia Department of Behavioral Health and Developmental Services,  or DBHDS, website. Deaths from opioid abuse, particularly the abuse of prescription drugs, more than doubled from 515 in 2007 to 1,133 in 2016.

According to the DBHDS, Virginia has a statewide standing order, which serves as an open prescription for all Virginians who want to get Naloxone. Virginia residents can now go to any pharmacy directly, without having to visit a doctor or medical provider for a prescription. Depoy said many insurers cover Naloxone.