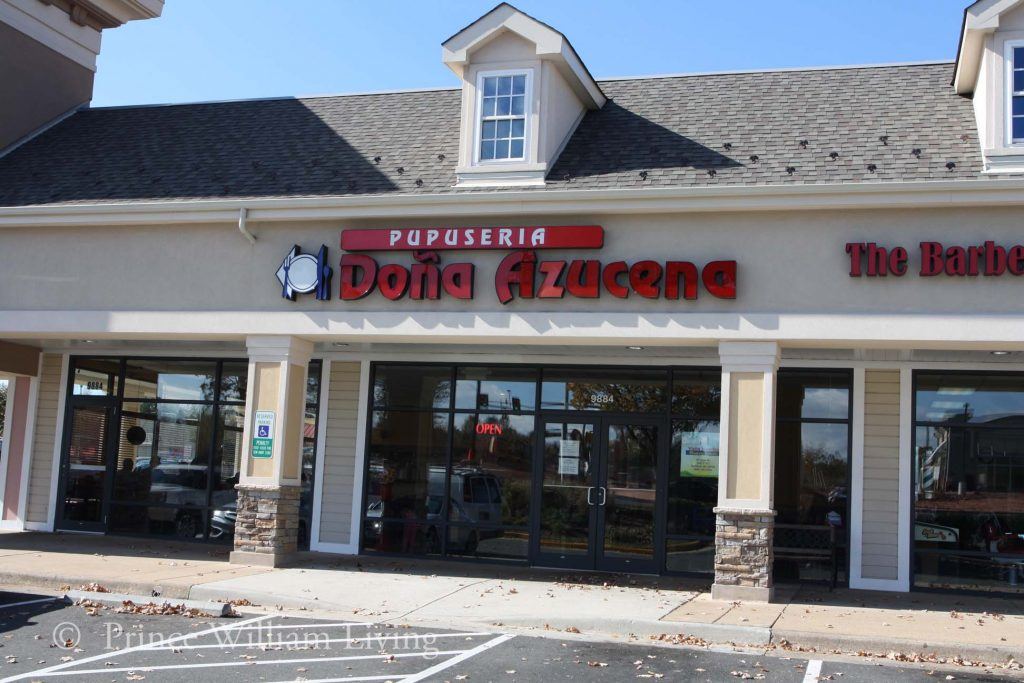 The Manassas location is on Liberia Avenue in the Davis Ford Crossing shopping center.

The Hernandez family didn’t plan to open a chain of restaurants scattered throughout the capital region—there are restaurants in Silver Spring and Laurel, Md., as well as Woodbridge, Manassas, Herndon, Arlington, Alexandria and Stafford, Va.—but their customers have guided them in growing their mother’s side job into a full-time family business.

“We emigrated from El Salvador to the United States in 1981— me, my dad and mom, two sisters and a brother,” recalled Eddie Hernandez, who co-owns Pupuseria Dona Azucena with his mother, after whom the restaurants are named. “By 1983, my parents were separated.”

Living in an apartment in Silver Spring, he said his mother struggled to care for her children while holding down a full-time job to make ends meet. To supplement her regular income, she spent hours in their kitchen making pupusas to sell to other residents of the apartment building and spectators at the nearby soccer field.

Pupusas (pronounced poo-poo-sus) are popular Salvadorian dishes made of a thick, corn tortilla filled with cheeses, refried beans and/or meat. Although the Hernandez pupusas were a hit among the growing Hispanic community living in and near their apartment building, Hernandez said one neighbor complained to management, kick-starting the search for an off-site kitchen.

“We wanted a pupuseria like we had at home in El Salvador,” he said. Their vision wasn’t fancy or upscale, but rather a casual place with reasonable prices where families could afford to eat out.

Nearby, a pizzeria had recently closed. The Silver Spring location, he said, was perfect. And the price was almost do-able. “We needed $25,000, so we called everyone we knew,” he said, recalling how everyone contributed funds to make the down payment on the vacant storefront. “Then we cleaned the place, put up a sign and gave out free food on opening day.”

The customer base his mother built at the apartment complex and soccer field turned up at the opening. And they continued coming back regularly. That was in 1999. Later that year, the family opened its second location on Glebe Road in Arlington.

“That is a very small place,” Hernandez said. “People would come to Arlington from Woodbridge. They would tell us they wanted us to open one near them.” 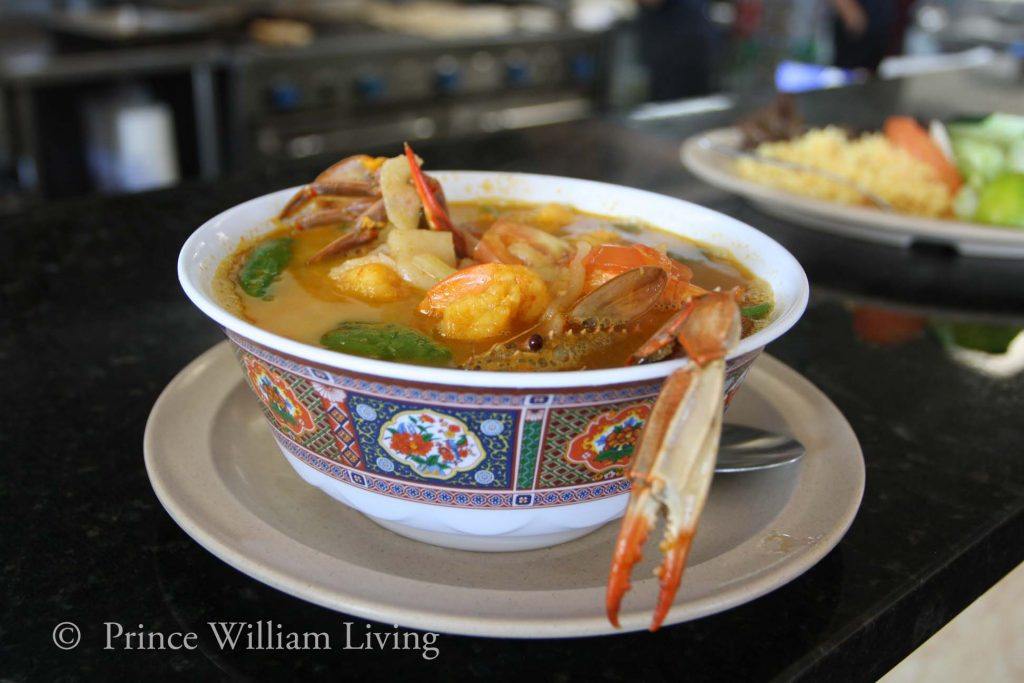 In 2007 the family found an empty space and opened a pupuseria at 13574 Jefferson Davis Highway in Woodbridge. In 2012 they opened the Manassas pupuseria at 9884 Liberia Avenue. Although the locations vary a bit, he said they are all casual and very family-oriented. Tables in the Manassas location are covered with plastic tablecloths. Although their take-out option is very popular among regulars on the go, at mealtimes all of the seats are full with singles, couples and families.

“I’ve been to Pupuseria Dona twice,” said Tiffany Jones of Hampton, Va., who found the Manassas location on Yelp. “You walk in and seat yourself if you’re going to be eating in. As you order, you can see them making pupusas in the back, so they’re served fresh.”

The food is fresh and inexpensive—pupusas range from $1.60 for pupusas stuffed with cheese, pork, beans, squash or chicken to $2.50 for the Pupusa Loca (everything pupusa), which is the most popular item on the menu at all of the restaurants. Entrees are slightly more expensive: Cane de Res Asada (steak platter with rice, salad and tortillas) is $10 and Sopa de Mariscos (seafood soup) is $13. Side items range from $1.75 for a corn tamale to $3 for Chicharron (fried pork).

“My advice for customers would be to try everything and be adventurous,” said Jones. “The prices allow you to order something you’ve never had before, and if you don’t like it just go ahead and order something else. You really can’t go wrong with the pupusa combinations.”

Jim Kirkland, of Manassas Park, said he drove past the always busy Liberia location and decided to stop in. “The family of a young woman who works with our son was there having Sunday dinner. They are from El Salvador, and it’s their go-to restaurant in Manassas,” he said. “We visit monthly, and everything I’ve tried on the menu is good. I’d advise diners not to let the language barrier intimidate them and try some great food for a good price.”

“People love our food,” Hernandez said. “We knew that if we kept the prices reasonable, they would come back.”

Marianne Weaver (mweaver@princewilliamliving.com) is a freelance editor and writer. She earned a BA in English from the University of Pittsburgh and an MJ from Temple University.