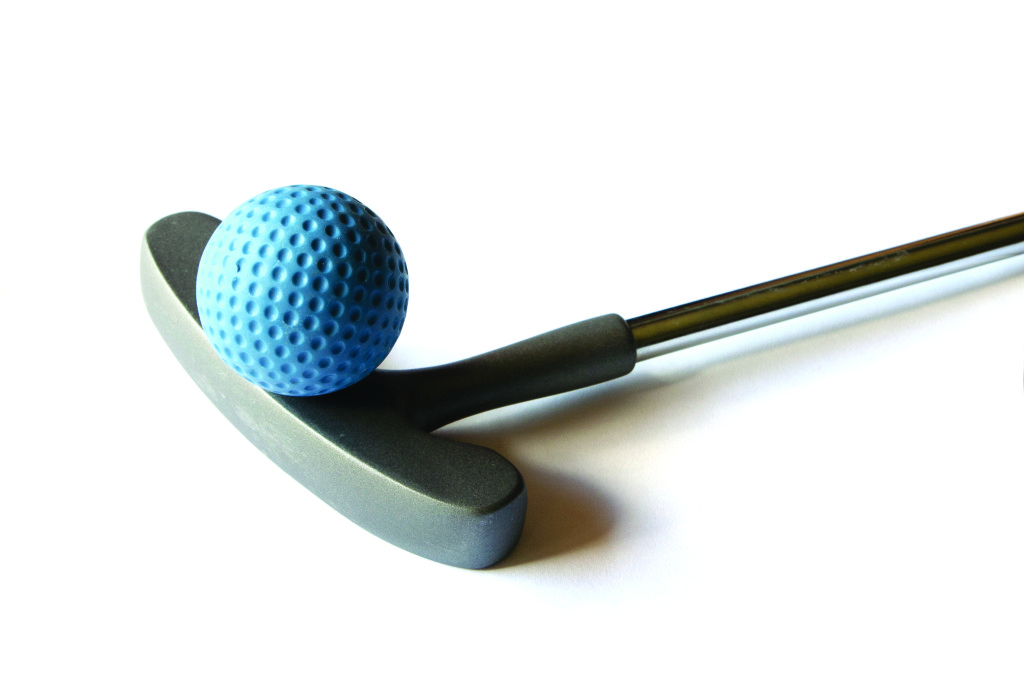 Almost everyone, it seems, enjoys miniature golf. The game doesn’t require any special skill beyond holding a club and persuading a ball in the general direction of the hole. And the score doesn’t seem to matter in most games. As Manassas resident Jim Villani observed, “If a 6-year-old can score a hole-in-one when playing with her dad, it’s perfect.” What’s important is enjoying the company of other people outside in the fresh air.

Miniature golf originated in St. Andrews, Scotland, in 1867 with the Ladies’ Putting Club. In that time and place, ladies were not considered true ladies by society if they lifted a club above their shoulders. Miniature golf accommodated the ladies and with this accommodation, a sport was born.

Ordinary people waited nearly 50 years for their chance to play. Before that, the game belonged to the rich since all the courses were part of fancy hotels and resorts. In 1916, the first public course, Thistle Dhu (supposedly named when the owner saw it for the first time, and said, “This’ll do.”) opened in Pinehurst, North Carolina.

Miniature golf quickly became the most popular sport in the country, with many installations sprouting atop Manhattan skyscrapers by the late 1920’s. The first franchise operation, Tom Thumb Golf, opened in 1929, and the high water mark for mini-golf came in 1930. The game’s heyday lasted just one year. Church attendance declined markedly in New Jersey because so many people played golf on Sunday mornings. Soon new laws prohibited such play. After a decline through the thirties, the sport took on new life after World War II and went on to occupy a unique niche in American culture.

Prince William County offers four clubs, two privately owned and two run by the County Parks and Recreation Department. Prices range from $4 to $6.75 per person per game, with discounts for youths and seniors. Families, church groups, scouts, businesses, school classes, couples and office staffs enjoy getting out, having a good time and testing their skills.

The Magic Putting Place in Manassas on Mathis Avenue offers 36 holes divided between two 18-hole courses. In addition to the expected traps and hazards, this course sports a signature magic castle as well as a saw mill and windmill. The 19th Hole Snack Bar offers drinks, chips, and other snacks. The facility is owned and managed by Jamie and Chase Rice, who with their brother Steve run Rices Hardware further up Mathis Avenue, a 75-yearold business. “The course is ideally located for anyone looking for an afternoon or evening of affordable entertainment, with Nathan’s Dairy Bar next door and Manassas 4 Cinemas across the parking lot,” Jamie Rice says. 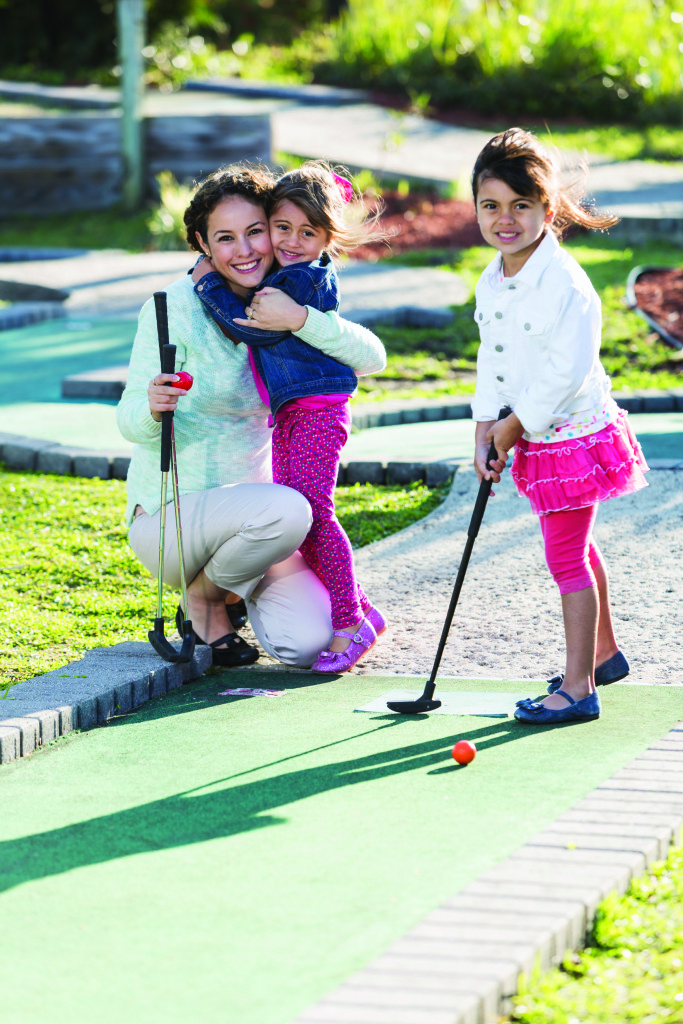 Broad Run Golf and Practice Facility south of Manassas on Route 28 features a lighted 18-hole mini golf course with water falls, hazards, landscaping and mock sand traps. And because it is a golf facility, the grounds include a clubhouse and deli. “I enjoy seeing school groups come here,” Manager Brian Logue says. “The kids really have a good time.” The most difficult day for the staff came in June 2015 when a tornado brought down trees and a fence on the minigolf range. “We put it back together, but it took some time and effort” Logue says.

The Parks and Recreation course in Lake Ridge Golf and Marina mini-golf ranges just off Prince William Parkway offers a “play all day” option for $5, while Locust Shade Park Miniature Golf on Route 1 near the Marine Corps Museum, features a Two for Tuesday Special every Tuesday.

Through wars and depressions, social change and technological advances, minigolf has remained the quintessential game everyone can enjoy. We can all be kids again, take the afternoon off, channel our inner Jack Nicklas, find someone to go with us and spend time relaxing with this pastime, which has remained unchanged since it was invented. And ladies may raise your clubs above their shoulders all they want. It will be all right.

Dan Verner (dverner@princewilliamliving.com) is the author several books and was named “Best Writer in Prince William County (Virginia)” for 2014 AND 2015 by readers in a “Best of Prince William poll taken by Prince William Today newspaper. Find out more about him at danverner.com.