In their division, Benton Middle School’s team, “|CTRL|” (1231C), finished eighth out of 94 teams and won a Design Award.

Crossfire (4303C), the team from Forest Park High School, finished third out of 97 teams in their division and was awarded a Think Award.

ILite, a team of Battlefield High School students, won the Chairman’s Award. The Chairman’s Award is the highest award in FRC and is presented to the team that best demonstrates the mission of FIRST and is the best team role model. ILite advanced to the FIRST World Championships but did not place.

SuperNOVA, made up of students from Colgan, Forest Park and Woodbridge High Schools, also competed. 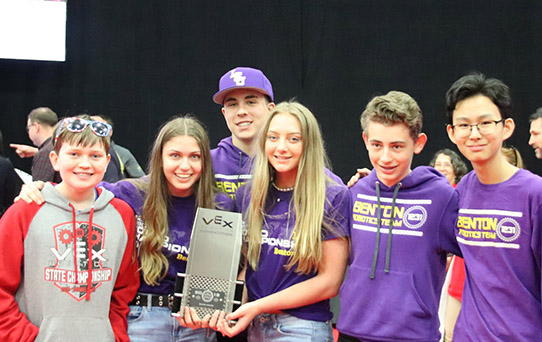