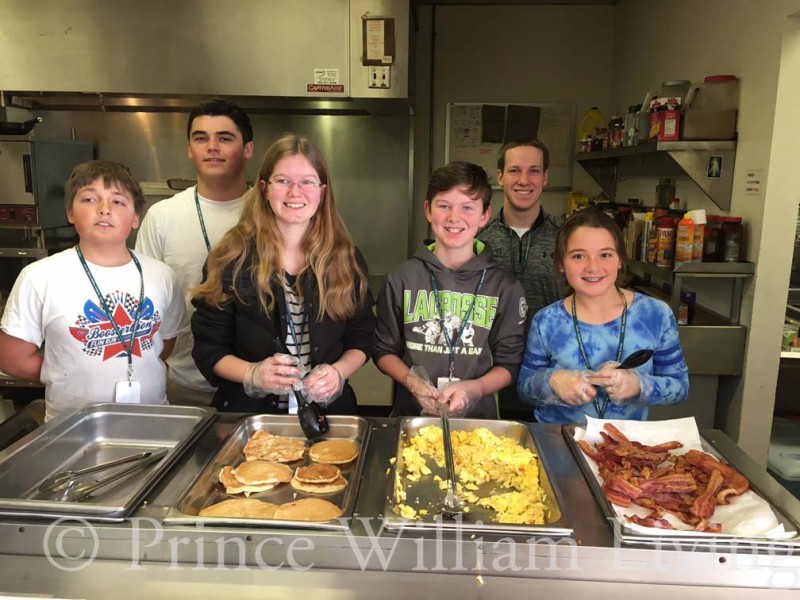 Members of the Prince William County Bar Association (PWCBA) don’t just pay lip service to their mission “to maintain the honor and dignity of the practice of law, promote the administration of justice, encourage the professionalism and collegiality of its members, and contribute to the quality of life in the community.” The more than 400 attorneys and members of the judiciary have made it their mission to work together to serve the community, focusing on underserved groups: youth, seniors, veterans and the homeless.

“We are the 2015 Bar Association of the Year for the state of Virginia,” said Brad Marshall, Assistant Commonwealth’s Attorney and PWCBA director.

According to the Virginia State Bar Award announcement, the award recognizes “lasting and exemplary contributions to the legal community and the community at large in Virginia.” PWCBA was recognized not only for the outstanding communication and continuing education opportunities it provides to its members, but also its many law-related community outreach activities.

PWCBA is a voluntary, professional, nonprofit organization composed of 480 attorneys and members of the judiciary. Their longest-running program, “So You’re 18,” started in 1999. It educates high school seniors about their new rights and responsibilities. Through partnerships between PWCBA and local public school administrations, the program is implemented in all three local public school systems—Manassas City Public Schools, Manassas Park City Schools and Prince William County Public Schools. PWCBA members volunteer to visit the schools to distribute the “So You’re 18” handbook and discuss many legal issues the students will be facing.

“PWCBA doesn’t wait for students to approach adulthood before introducing them to the legal system,” said Jeanie Wiethop, Esq., PWCBA president-elect, who has been a presenter. “We try to paint a picture of how their responsibilities and rights change when they turn 18—the right to vote or sign a lease—and how the criminal justice system will treat them differently as adults.”

By the time the class of 2015 graduated, he said at least 6,800 high school seniors had participated in the program.

“That is a generation of young people,” said Alissa N. Hudson, PWCBA executive director. “PWC Bar is dedicated to making model citizens of our youth.”

Public school eighth graders are invited to participate in the court tours/mock trial program. Designed to encourage careers in law and law enforcement, the program engages PWBA members in leading tours through the courthouse, explaining the different levels of courts and introducing students to judges, attorneys, interpreters and law enforcement personnel. After the tour, students participate in a mock trial.

“One year students observed a felony criminal docket,” Hudson said. “The students saw a 19-year-old, still a senior, convicted of a drug distribution charge. That hit home with what the consequences could be.”

Inside the classroom public middle school students also participate in the PWCBA-sponsored “Character Counts” essay contest. Since 2000, students have submitted essays on one of the six pillars of good character: respect, responsibility, trustworthiness, fairness, caring and citizenship. Volunteer attorneys choose the winners, who receive cash and commemorative prizes.

In the region’s public elementary schools, PWCBA supports National Young Readers Day. Not only does PWCBA send readers into the schools, but the organization also purchases one book to donate to every elementary school library in the three school jurisdictions. 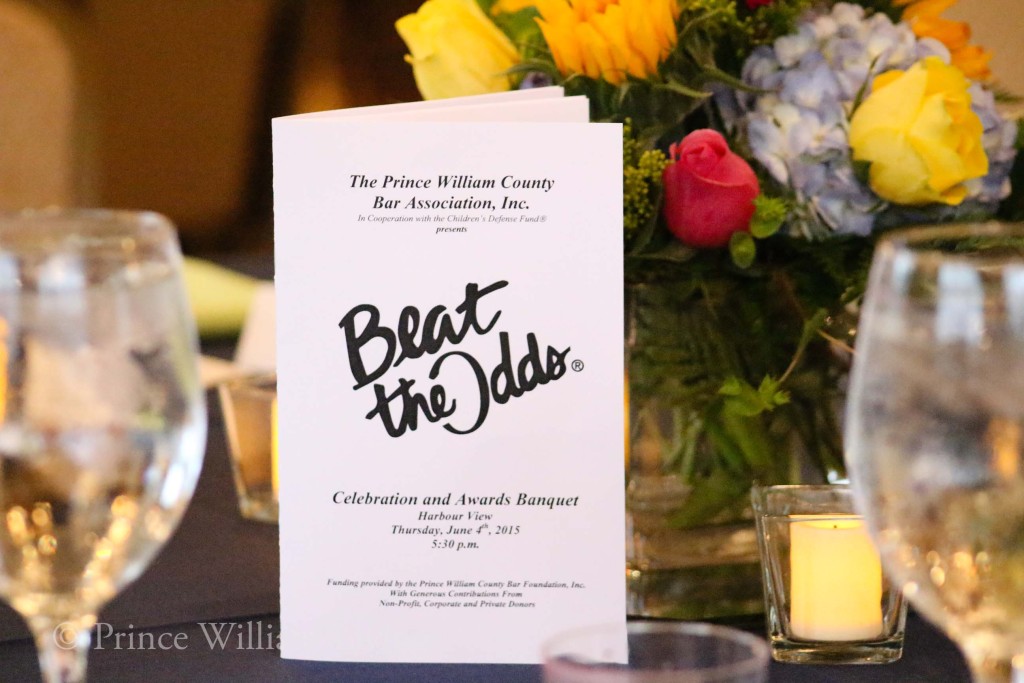 “Students come to us in many ways—foster care, delinquent charges, some through adoption,” Marshall said, adding that these are the children served by the “Beat the Odds” program, which is based on the National Children’s Defense Fund model.

Marshall said PWCBA members, case workers, probation officers and school officials nominate students who they feel should be recognized for academic achievement and social progress. Honorees who are graduating seniors pursuing further education are awarded scholarships that, generally, cover the costs for one year at a local community college. Undergraduates are given a laptop. All honorees are assigned a mentor, who is a member of PWBA.

“Every single student has a mentor, so they have someone on call at all times,” said Marshall, noting that about 15 students are honored each year. Awards are presented at a formal banquet thrown in their honor.

“Everyone gets dressed up—even if we have to buy them dress shirts and ties,” Marshall said. “This is a world-changer for them; it completely opens up educational opportunities. We want to show them that they have hope for the future.”

In 2012, the PWCBA’s Young Lawyers Group started working with local at-risk families, including those living in temporary shelters.

Karen Horowitz, Northern Virginia Family Service Director of Volunteer and Internship Engagement, said volunteer groups often come to the 92-bed facility in Manassas to prepare meals for the residents, about 40 percent of which are children.

“But for the Prince William Bar, that is not enough,” she said. “They come the last Sunday of every month. They bring the food and prep onsite. They do activities. They talk to the residents and hang out with them. They put a lot effort into making the residents feel comfortable and welcome in the environment.”

According the PWCBA website, each May since 2006, PWCBA members join forces with the PWC Area Agency on Aging to celebrate Law Day and Older American’s Month. Volunteers visit senior centers to offer seminars on topics including life, disability and umbrella insurance.

The PWCBA also has sponsored the “Wills for Heroes” program, which offers free wills for first responders and their spouses. Recently, the program expanded to provide wills and veteran- directed home and community based services for the Prince William Area Agency on Aging.

“Once veterans separate from the service, most are no longer eligible to access legal services,” said Barbara Diehl, MSW, CIRS-A-D, a supportive services specialist and veteran directed HCBS services coordinator with the PWCArea Agency on Aging. “Our agency serves a large percentage of veterans (and/or their spouses) who are 55+. I was looking for a way/service that could benefit those veterans with limited resources. I reached out to the PWC Bar Association and ultimately, to their pro bono committee. The PWC Bar Association liked the idea and agreed to take this on as a pro bono service in 2015.”

Based on survey results, Diehl said, the program is a success. “Many veterans also commented that this service was needed in our community and should be provided again in the very near future,” she said.

In June 2015, the Virginia State Bar named the PWCBA the Bar Association of the Year, which recognizes lasting and exemplary contributions to the legal community and the community at large in Virginia.

Marianne Weaver ([email protected]) is a freelance editor and writer. She earned a B.A. in English from the University of Pittsburgh and an M.J. from Temple University. She lives in Gainesville, Va., with her husband and two children.