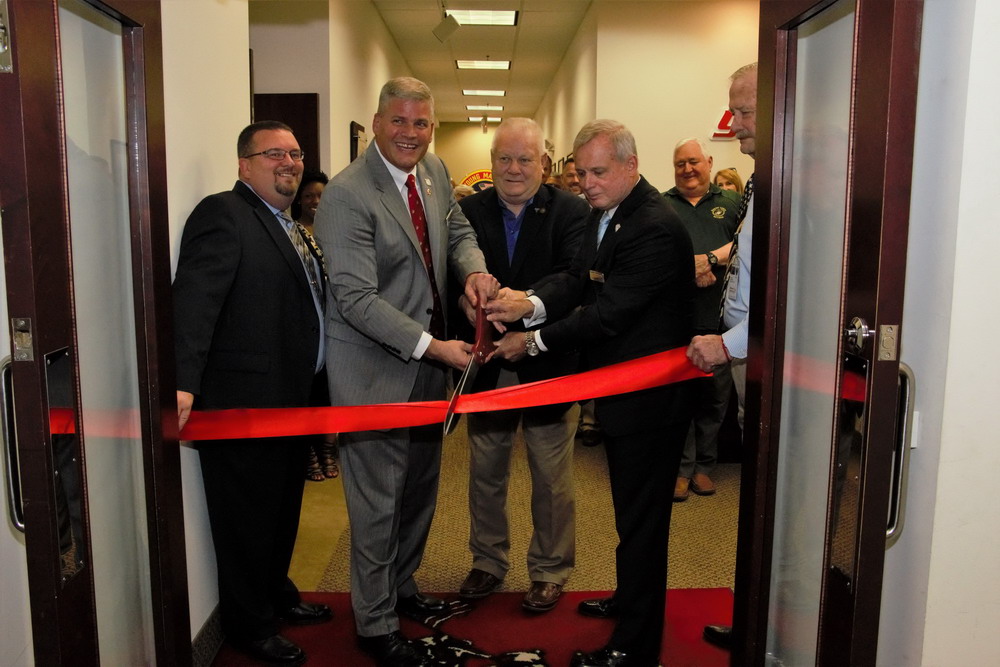 More than 50 people attended a ribbon cutting and open house for the new headquarters of the Young Marines, a national youth organization. The event took place on Friday, May 19, 2017 at the headquarters, 17739 Main Street, Suite 250, Dumfries. The Young Marines moved from Joint Base Anacostia–Bolling in Washington, D.C.

“Dumfries has rolled out the red carpet to us,” Davis said. “Our move was a success, and we are only beginning to realize the operational advantages and synergy of being closer to the local community and our fellow Marine Corps related organizations. We look forward to seeing many visitors from our Young Marines units this summer and the coming years.”

The Young Marines is a national non-profit 501(c)3 youth education and service program for boys and girls, age eight through the completion of high school. The Young Marines promotes the mental, moral and physical development of its members. The program focuses on teaching the values of leadership, teamwork and self-discipline, so its members can live and promote a healthy, drug-free lifestyle.

Since the Young Marines’ humble beginnings in 1959 with one unit and a handful of boys, the organization has grown to 275 units with 9,200 youth and 2,760 adult volunteers in 40 states, the District of Columbia and Okinawa with affiliates in other countries.