If opera, ballet, plays or classical music is what you crave, you’ll find that at the Hylton Performing Arts Center. If you like orchestra, big band or other types of dance music, you can find that at the Harris Pavilion. But what if rock music is your scene? Well, your choices of where to go for that are varied and growing in Prince William. The area is experiencing a growth spurt in live rock bands and venues for hearing them.

“Here in Northern Virginia, there’s been kind of a renaissance of live music that you couldn’t find a whole lot just 10 or 15 years ago,” said Kevin Malone, proprietor of Malone’s of Manassas. “The music scene in Prince William County is growing and maturing,” said Ron Miner, owner and general manager of Lion & Bull in Haymarket. 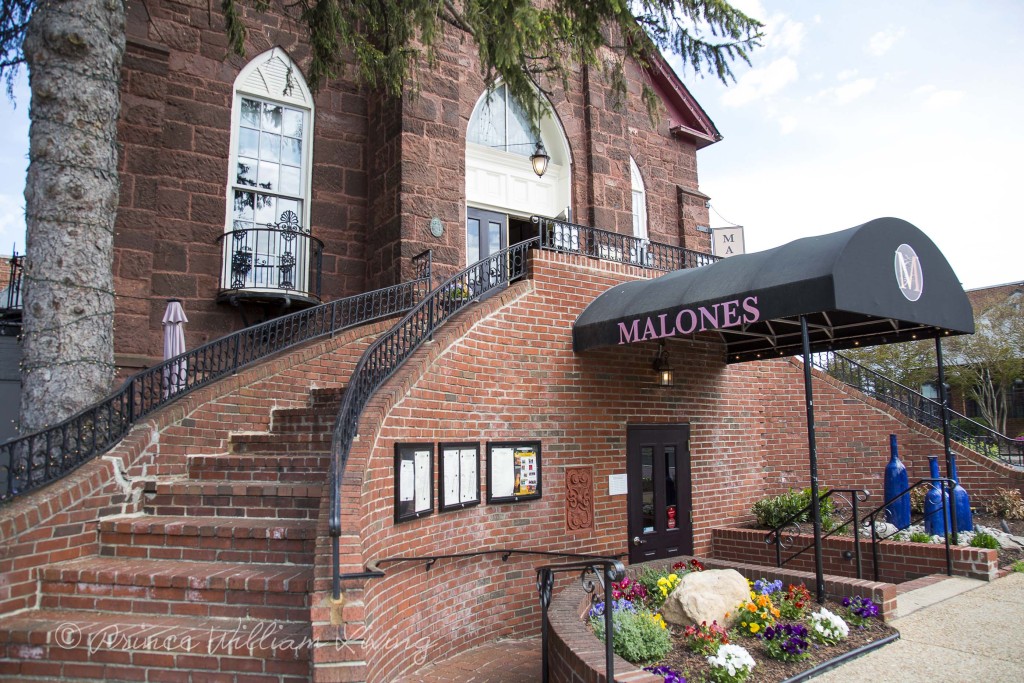 The pride of Prince William is Jiffy Lube Live, which has hosted countless nationally and internationally known artists and groups.

“We are very fortunate to be in such a thriving and growing community like Prince William County. It is our hope that through our eclectic concert lineup, we bring local music fans and out of town music fans together,” said Matt Rogers, general manager of Jiffy Lube Live.

But even Rogers admits that Jiffy Lube isn’t the only game in town. “Prince William County certainly has a love for live music. There is a constant demand for musicians to play local restaurants and bars. It seems like anywhere you go on the weekends there is a live band or someone with an acoustic guitar,” Rogers said.

Dave Mascatello, agent, manager and promoter with Planetary Music, says that Malone’s of Manassas and Lion & Bull in Haymarket are hot spots for live music. “I would say Malone’s is the number one spot in Manassas at this point, and then in Haymarket, it’s Lion & Bull,” Mascatello said.

Malone’s is a pub right in the center of Historic Downtown Manassas. Its building is a historic destination, the old Manassas Presbyterian Church built in 1874. Malone’s has retained the church’s original sandstone and a stained-glass window, among other elements. It hosts live bands Friday and Saturday nights and an open mic night on Thursdays. Malone said that he’s found a pool of talent from the open mic nights. Lynn Winston, who does marketing for Malone’s, said that hosting open mic nights and live bands is a great opportunity for local talent.

“[Malone’s is] giving the local talent the opportunity to demonstrate, and to perform, and to build,” Winston said. Malone and Winston called the genre of music that Malone’s hosts a combination of classic rock and some of the more alternative modern music, but point out that the music you’ll hear there is diverse. “If you didn’t like today, come back tomorrow,” Malone said of the restaurant’s live music offerings.

Malone also talked of the revitalization of Historic Downtown Manassas and how live music is a part of that. “Before, they had little hole in the wall places trying to make a few bucks. It seems to me that with us, Zandra’s, CJ Finz, Mackey’s and Philadelphia Tavern, we have more choices now. Everybody’s trying to do some live music,” he said.

The Lion & Bull in Haymarket, which has been in business since 2009, is unique in that it was designed to host live bands. “Lion & Bull was the first restaurant/venue set up for live music in Prince William County. We have a stage, internal sound system and use certified sound technicians, so the bands sound as good as if they were at Jiffy Lube Live or other first rate music venues. We did not ‘add’ music as an afterthought, but designed the interior specifically for professional musicians,” Miner said.

Lion & Bull is a popular venue receiving about 25 to 30 requests from bands a week to perform there. Miner says they try to mix up the types of music being performed to accommodate their patrons. They have many touring groups come through but are committed to bands in Prince William. “We are dedicated to keeping live music alive in PWC and bringing in the best musicians in the area,” he said.

Lion & Bull also had an open mic night for about eight months a couple of years ago that kind of morphed into karaoke, according to Miner. Now people either, “show up and sing, or play and sing,” he said.

In terms of the restaurants in Historic Manassas, both Malone and Mascatello point to Zandra’s, Philadelphia Tavern and Mackey’s as being places you can go to hear live music. Malone adds CJ Finz into the mix, and Mascatello points out that El Cactus and Okra’s also offer live music in Old Town. And so far, that’s just the west side of the county. 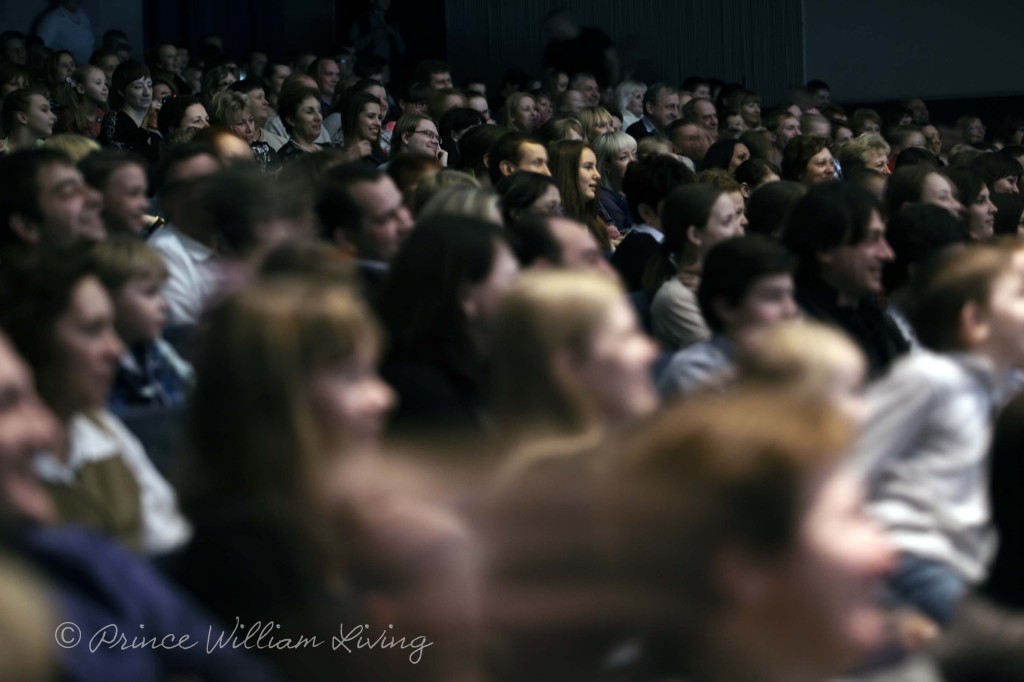 Prince William is overflowing with talent, and therefore it would be impossible to talk to all the good bands in our area. Mascatello estimates that the two most popular bands in the Prince William area are The Fringe Benefits Band and Livin’ the Dream.

Lead singer Julianna Smith says the music of The Fringe Benefits Band is “eclectic,” a combination of classic rock and Motown, and is about “us inciting fun in others.”

“We play anything people will dance to,” she said. The Fringe Benefits Band considers Lion & Bull their home court, but they often play at Malone’s as well. They’ve played all over the county in Gainesville, Manassas, Haymarket and Woodbridge and out of the county as well in Centreville and Chantilly.

Of the music scene in Prince William, Smith said, “It’s starting to really take off. More places are starting to get their license to actually have live bands. More of the places that traditionally brought artists in from the outside of this area are starting to find more local residents, local talent that also draws a big crowd. You’re starting to see an uptick in local bands.”

Another popular band in this area is Livin’ the Dream (LTD). “From Johnny Cash to Jason Mraz or Lynyrd Skynyrd to Stevie Wonder, LTD plays popular music from all genres—pop, country, classic rock, hard rock, reggae and Motown—over the span of the last 65 years; they do not discriminate. Our sets also include Sublime, Zack Brown, Poison, Journey, Jessie J, Florida Georgia Line, Michael Jackson, Van Halen and many many more. We have well over 200 songs we could play in any given set,” said Shawn Morgal, the band’s lead singer and rhythm guitar player.

LTD also frequents Lion & Bull and Malone’s, but also plays at Giuseppe’s in Haymarket, Tin Cannon Brewing Company in Gainesville and Hard Time Café in Manassas, to name a few. LTD also has an acoustic version of their band called LTD Lite that often plays at The Winery at La Grange.

“PWC has been blessed with some excellent talent in the live music scene. We have many friends that also play, and we support each other on a regular basis,” Morgal said. Morgal said that LTD considers The Fringe Benefits Band one of those friends and like their “brother/sister band.”

One Hot Mess, another popular band in this area, hails from Haymarket and plays classic rock. Virginia Blend is a Gainesville band that plays rock and country. Six Shades of Gray hails from Gainesville as well and classifies themselves as a classic rock, soul and country band. Harlen Simple, also popular in this area, is, according to its website, a “live rock band with hard hitting vocals, driving rhythm, thumping bass lines, and unmistakable riffs.” And those are only a few of the bands you’ll find playing on any given weekend in Prince William, and the numbers are growing. The future seems bright for live music in this area.

“The music scene will only continue to grow as the county continues growing. Hopefully the concerts that we bring here inspire county residents, especially young people, to pick up an instrument, join a band and chase their dreams,” Rogers said.

If you’re looking to check out any of these venues or bands, here’s just a few of the performances happening this month:

Amy Falkofske (afalkofske@princewilliamliving.com) is a freelance writer and the owner/photographer of Beautiful Moments by Amy Photography. She is working on an MA in film-television with a concentration in script writing from Regent University. She lives in Bristow with her husband and two sons.