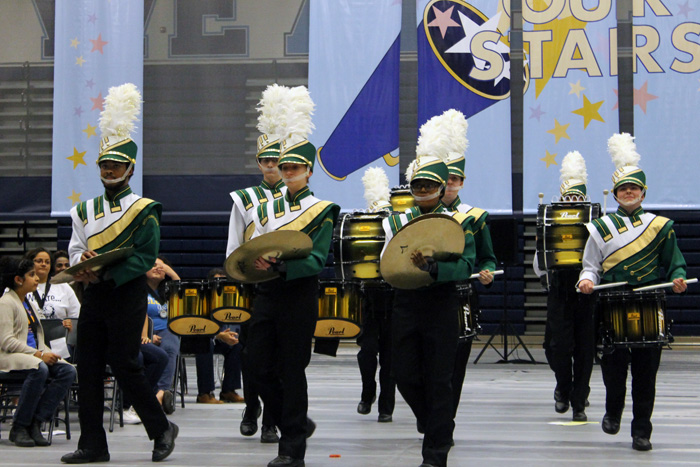 “Come on, let’s hear it,” boomed emcee Hamish Brewer—and hear it they did—cheers, whistles, and applause, punctuated by a waving sea of pom-poms. It was an over-the-top salute from 900 families and friends in the bleachers to the more than 400 students and staff that filled the floor in the Colgan High School gymnasium on May 11. The School Board’s annual year-end recognition of outstanding students and staff in the arts, athletes, academics, and leadership was exciting, fun and funny, with Superintendent Steve Walts playing one note on an old tuba, and lip-syncing “Everything is Awesome.” Those honored have earned state, regional, national, and international recognition in their fields.

At times the event was deeply moving, too. Zella Brown, one of the “Courageous Four” black women who integrated the faculty of Prince William County’s white schools in 1965, was honored as an “Unsung Hero.” Even while Ms Brown was being introduced, the student honorees rose as one in respect, and were quickly followed by the entire audience. The “Sparkle Jacket” cheerleaders with special abilities from Osbourn Park took the floor several times, to enthusiastic applause.

Brewer, whose day job is serving as principal of Occoquan Elementary School, was joined by Carolyn Custard, director of student services. A former principal (Hylton High School), Custard’s experience in leading pep rallies kept the audience on its feet.