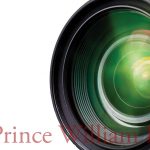 Get ready to travel around the world in one day on August 19, which is World Photo Day. No tickets or passports are necessary. Just snap shots with your cell phone, pick up an old Polaroid, or depend on your DSLR.

Founded in 2009 by Australian photographer Korske Ara, World Photo Day aims to celebrate the art of photography and its ability to inspire communities from Canberra to Cleveland. When the online gallery goes live on August 19, users will upload images to worldphotoday.com and showcase corners of the continents as seen through their lenses.

The day also has historical importance for camera enthusiasts like Ara. On August 19, 1839, France announced a new invention by Louis Daguerre as a gift that would be “free to the world”: the
Daguerreotype. Although there were earlier photography attempts, the process had been fine-tuned by Daguerre and produced longer-lasting images. Daguerre’s invention was unveiled to the French Academy of Science, and the technique would be made available to the public after he sold the rights to the French government.

Since then, photography truly has developed into a global gift with people now taking, uploading, sharing, viewing and downloading images everywhere. In preparation for World Photo Day, the photographers of Prince William Living discuss some of their favorite images to date.

Whether you’re an amateur with aspirations or a professional with the latest gear, the photographers of Prince William Living encourage everyone to mark their calendars and share a snapshot of their world on August 19. 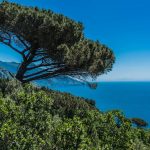 Amy Falkofske: “This photo is of part of the Amalfi Coast in Italy. It’s in Positano where ‘Under the Tuscan Sun’ was filmed. I took it in May 2014 while on a photography cruise starting in Spain and sailing to Italy and France. I like the unique shape of the tree and the fact that it is growing sideways on a hillside. Of course, the background of the beautiful water and sky is what really makes the photo. This was one of the best trips of my life!” 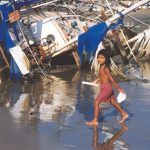 Kathy Strauss: “This was my very last film photo. My hubby (GC) and I were on a cruise to Mexico in 2004. When we got off the ship in Zihuatanejo, a local fishing village, I noticed a family that was cleaning their fishing nets. When I looked up, I also saw a large sailboat that had capsized from a recent hurricane…One of the little girls that had been helping to clean the fishing nets with her family was running in front of the capsized boat and was  carrying some Styrofoam in her hands. I saw this, quickly grabbed my camera and snapped… hoping that it would be a good photo. I processed the film onboard the ship that evening and was thrilled that the photo came out, just as I had seen it through the camera’s
viewfinder. The best part was that just after we had returned from our trip, I decided to take a refresher photography course. When I showed this photo to my instructor, she asked me what I was doing in her class, that it was ‘professional in quality/composition.’ I was beyond thrilled, and my instructor asked me to enter the photo into a national juried competition… not only did this image get juried in, but several other photos of mine did as well. Even better, in 2006, I entered “Environmental Freedom” into the
World Bank’s 60th Anniversary photo contest, and it took first place! Talk about a confirmation that I was on the right path when it came to my photography!” 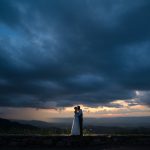 Rob Jinks: “There are a few reasons why this image is important to me. Apart from being a wedding photographer, I love to hike and backpack, I love the outdoors and nature, especially experiencing scenic vistas and enjoying them with great people. The love of the outdoors and the time I spent in the Shenandoah as a kid was one of the reasons I got into photography in the first place. So when Ryan and Mandy asked me to be their wedding photographer for their wedding in Shenandoah National Park, I was excited!

“On the day of the wedding, we knew when sunset would be, I had scouted the location, and I knew which direction the sun was going to set. However, I didn’t know about the storm that was coming through the valley. Earlier that day, we had the ceremony on a beautiful green lawn with bright blue sky overhead; nothing hinted at the storm on the way. When we approached the overlook for portraits that evening, I was stunned! We didn’t know there was a storm because it was almost completely in the valley. Up on the ridge along Skyline Drive, there wasn’t a hint of the rain. From our vantage point, we could see the dark clouds building and the sunlight through a perfect opening at the top of the ridgeline and below the cloud formation. To the left, we could watch the storm moving north up the valley. It was the most dramatic and perfect photo backdrop I had been given up to that point.

“Using the widest lens I had, I tried a few combinations of images. I settled on having Ryan and Mandy standing intimately on the top of the rock wall, focusing on each other and the day they had just experienced. They were married, and I wanted them to focus on that while I captured them surrounded by the storm. A small light held behind them by an assistant enabled them to be separated from the background and for the focus to be placed right on them. They had just committed their lives to each other, and to me this is a wonderful picture of a couple standing together against anything that may come against them in their life together.

“This image became a focal point for my work and my business as a wedding photographer. It showed exactly the kind of image I love to capture, the kind that I have been led to capture over the course of my life. It’s an exciting image to me, one that was taken near the beginning of my photography career and one that I hope will inspire me for many years and decades to come.” 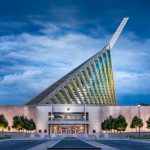 Mark Gilvey: “Architects have a disciplined gift in the way they integrate art, function and emotional impact to make a statement about the contents of the structure and who it serves. My goal was to pay homage to all of this. This image was crafted into what you see with several weeks of effort in front of the computer. I shot about 24 photos (if I recall the number) at the location across the width and height of the scene and stitched them together into what started as a very bland scene.

Once together, the challenge wasn’t for me to represent it in its true lighting and form but rather how to make parts of the scene call attention to themselves by how I brought impact to them. The warm glow against the front wall, the internal glow of windows revealing the flag pole column extending out of it rising above the roof, the brooding clouds, and the highlight bringing your eye to the U.S. Marine Corps seal—none of this happened by accident. I worked this photo like a painter applies pigment to canvas.”

Delia Engstrom (dengstrom@princewilliamliving.com) is a freelance photographer who enjoys capturing images from local events as well as scenes from travels with her family around the world.