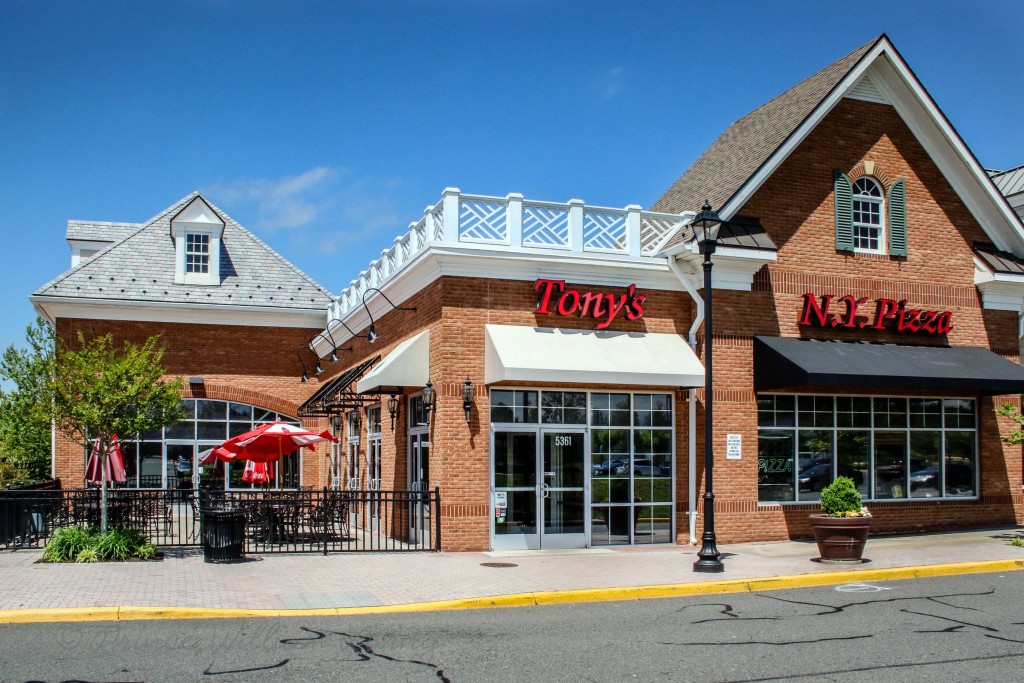 There might be a pizza shop in every strip mall in Prince William, but there is only one Tony’s New York Pizza. Technically, there are three—Mathis Avenue in Manassas, Bristow Center in Bristow, and Dominion Valley in Haymarket—but all three locations serve the same Italian D’Agostino family favorites.

“We have set up our restaurants with the concept of giving people home cooked meals with healthy, fresh products, produced from scratch on location, for a price that beats having to buy ingredients at the grocery store, having to prepare the dish, and then having to deal with clean up,” said Joe D’Agostino, part-owner and son of founder Antonio (Tony) D’Agostino. “We want to do it all for families as well as hard working single people who just don’t have time to cook at home.”

His parents, Tony and Rosaria, moved from Naples, Italy, to Brooklyn, N.Y., in 1974. Tony went to work at his uncle’s pizza shop, Sal’s Pizza, in Brooklyn. With that experience, plus his wife’s recipes, Tony set out to take New York style pizza and Italian dishes to southern towns, opening restaurants in Waynesboro, Penn.; Baltimore, Md., Martinsburg, W.Va.; and Leesburg, Va., before settling in Prince William.

The first Prince William location opened on Mathis Avenue in 1989, followed by Bristow and the third in Dominion Valley. Twenty-seven years after opening the doors in Manassas, the original location is still the busiest.

“We have gone to the one on Mathis Avenue since it opened,” said Mary Lalli of Manassas. “My husband once commented that their Italian food is better than that at the high price restaurants, and since he is 100 percent Italian, that is quite a recommendation. Great pizza, focaccia and fettuccine alfredo.”

“Ahhhh … focaccia bread,” Tony D’Agostino laughed, upon hearing that review. “I don’t think anyone else has that around here.”

“We order from there all the time.” said Julie Kelly of Dumfries. “My husband, who is a New Yorker, drives 30 minutes to the Manassas store to get pizza.”

Transplanted New Yorkers aren’t the only ones to visit Tony’s for a taste of home. Tony’s has also managed to replicate a Philadelphia favorite.

“I’m a Philadelphia girl and can vouch that their Philly cheesesteaks are very good,” said Eileen Imorde of Bristow. “They use the right kind of rolls, which is very important and makes all the difference. There aren’t many places around here that I can say that about either, so kudos to Tony’s.”

Upon hearing that review, Tony smiled, noting that he had initially tried to “import” the traditional Amaroso rolls from Philadelphia. “But we had to keep them frozen,” he said, adding that the freezing option didn’t live up to his all-fresh standards. He then found Cardinal Bakery in Sterling, a family-owned operation that also traces its roots back to Italy, to supply fresh rolls. 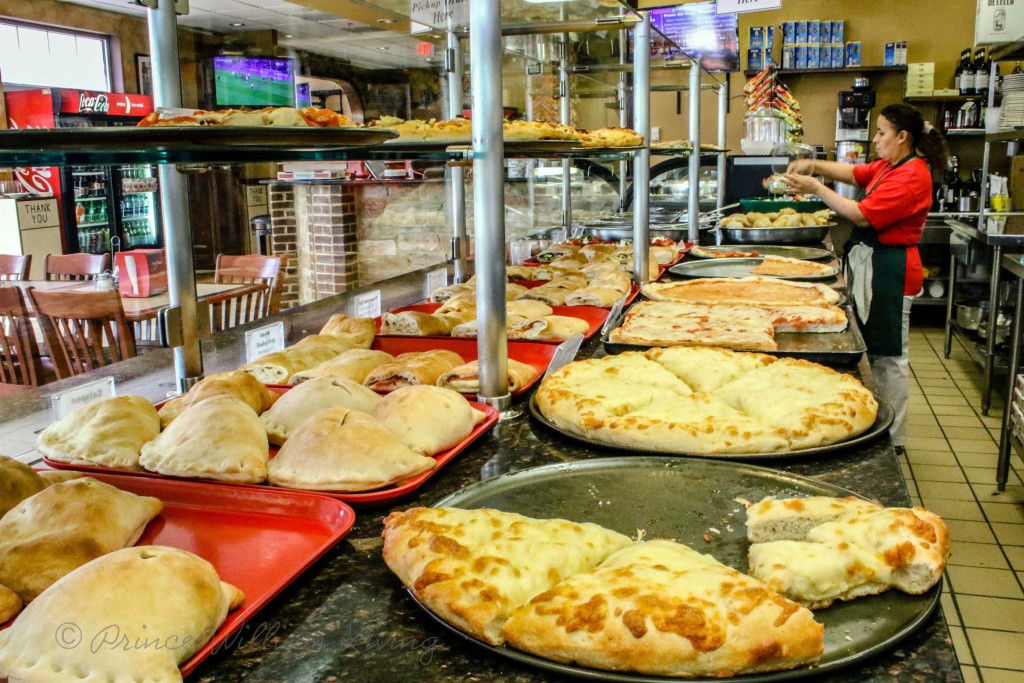 More than Pies and Sandwiches

The restaurant might be named for pizza, but Tony’s also offers a wide selection of traditional Italian dishes. Joe hesitated to name one favorite dish, “To simply have me pick one dish from our menu isn’t fair to the rest of the dishes. We really aren’t a one hit wonder,” he said.

He said he likes Pasta e Fagioli Soup, “a simple white bean soup that all Napolitans will eat at least once a week and one of my favorites since childhood,” quickly adding that steak and cheese sub is great. But, when pressed to name one, he picked Misto di Mare. “This is a dish that incorporates a whole lobster, calamari, clams and shrimp prepared in a lightly spicy marinara sauce and served over linguine pasta,” he explained. “We all want something that no one is willing to prepare at home, and this is the ultimate dish. It is enormous! We use the freshest ingredients, and with a nice glass of wine, the only thing left to do after you eat this dish it take a nap because it will be difficult to move.”

Eight-year old Kaylee Reynolds of Bristow is also a fan of Tony’s seafood, but opts for calamari. “Whenever it’s on the menu, she orders it as her meal,” said her mother, Nova.

On any given night, the restuarants are filled with families– babies in high chairs, elementary-age kids with their parents and high school students gathered around a table with their friends and families. And that is exactly how the D’Agostinos manage their restaurants—as a family.

“The best part of this is that we get to work together as a family,” said Joe, who grew up in the business. “I have photos as early as 7 years old making pizza.” He said in the early days, his father put video game machines in the stores. “I would spend my days playing soccer in the back of the shopping center with my cousins and playing video games with dad and uncles during the down times.”

But when business picked up, he said, so did his responsibilities. “I was helping hand out orders and helping the other employees at whichever station was backed up. It was more fun for me than work at that age,” he said.

After graduating from college, he returned in 2000 as general manager. Now, he said, he is teaching the business to the next generation by taking his 15- and 16-year-old sons to work whenever possible. Not only does he want them to learn the family business, but he said he also wants them to learn multitasking skills and how to work as a team.

“It isn’t just work but a lifestyle for us. We get to know our customers, many on a first name basis. They all feel like friends when they come to the store,” he said. “Prince William County citizens have been very good to my family and have recognized and appreciated the hard work we put into our stores. They walk in knowing a D’Agostino family member will always be there. It’s great being part of something like that and to carry on the legacy that my father has created.”

Marianne Weaver (mweaver@princewilliamliving.com) is a freelance editor and writer. She earned a B.A. in English from the University of Pittsburgh and an M.J. from Temple University. She lives in Gainesville, Va., with her husband and two children.